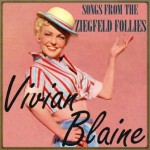 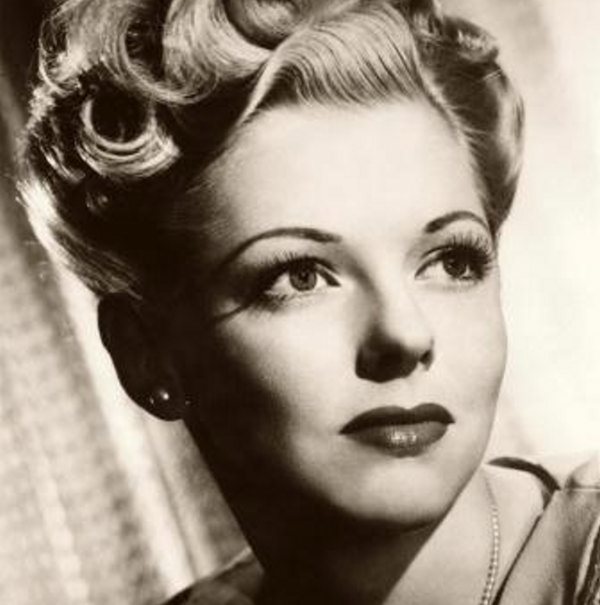 Vivian Blaine (November 21, 1921 – December 9, 1995) was an American actress and singer best known for originating the role of Miss Adelaide in the musical theater production Guys and Dolls.

Born Vivian Stapleton, the cherry-blonde-haired Blaine appeared on local stages as early as 1934 and was a touring singer with dance bands starting in 1937. In 1942, her agent and soon-to-be husband Manny Franks signed her to a contract with Twentieth Century-Fox, and she relocated to Hollywood, sharing top billing with Laurel and Hardy in Jitterbugs (1943) and starring in Greenwich Village (1944), Nob Hill (1945), and State Fair (1945), among other films.

Following her Fox years, Vivian Blaine returned to the stage, making her Broadway debut in the Frank Loesser musical Guys and Dolls in 1950. Her character Adelaide has been engaged to inveterate gambler Nathan Detroit for 14 years, a condition which, according to her song “Adelaide’s Lament”, can foster physical illness as well as chronic heartbreak. After the show’s 1200-performance run on Broadway, in which she starred opposite Sam Levene as Nathan Detroit and Robert Alda as fellow gambler Sky Masterson, she reprised the role in London’s West End in 1953, and then on film in 1955, with Frank Sinatra playing Nathan and Marlon Brando in Sky’s role.

Vivian Blaine also appeared on the Broadway stage in A Hatful of Rain, Say, Darling, Enter Laughing, Company, and Zorba, as well as participating in the touring companies of such musicals as Gypsy. As she reached age 50, her television career took off, with guest appearances on shows like Fantasy Island, Murder She Wrote and The Love Boat, and a recurring role in the cult hit Mary Hartman, Mary Hartman. On the 25th annual Tony Awards in 1971, she appeared as a guest performer and sang “Adelaide’s Lament” from Guys and Dolls, providing a visual recording of the performance for posterity.

Vivian Blaine in her later years was managed by Rob Cipriano and L’Etoile Talent Agencies in New York City. Cipriano spent the early 1980s developing projects for Blaine including Puppy Love a TV sitcom with Jake LaMotta and Pat Cooper. She always shared in meeting that working with Cipriano reminded her working with her first husband Manny Franks.

Blaine’s first marriage, to Franks, lasted from 1945 to 1956. She then married Milton Rackmil, president of Universal Studios and Decca Records, in 1959, and recorded several albums prior to their 1961 divorce. In 1973, Blaine married Stuart Clark.

In 1983 she became the first celebrity to make public service announcements for AIDS-related causes. She made numerous appearances in support of the then fledgling AIDS-Project Los Angeles (APLA) and in 1983 recorded her cabaret act for AEI Records which donated its royalties to the new group; this included the last recordings of her songs from Guys and Dolls. Her prior albums for Mercury Records have all subsequently been reissued on CD.