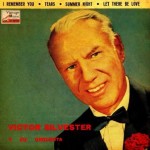 I Remember You, Victor Silvester 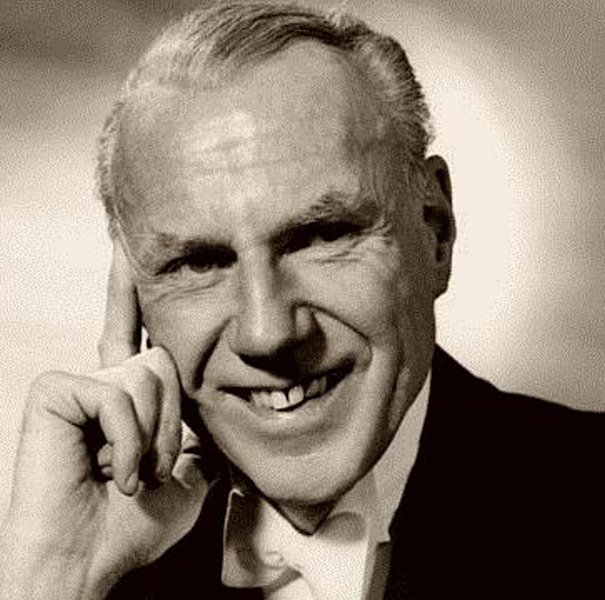 Victor Silvester, Victor Marlborough Silvester OBE (25 February 1900 – 14 August 1978) was an English dancer, author, musician and bandleader from the British dance band era. He was a significant figure in the development of ballroom dance during the first half of the 20th century, and his records sold 75 million copies from the 1930s through to the 1980s

Victor Silvester was born the second son of a vicar in Wembley, Middlesex. He was educated at Ardingly College, St. John’s School, Leatherhead and John Lyon School, Harrow, from all of which he absconded. In September 1916 he enlisted in the British Army during the First World War and served as a private in the Argyll and Sutherland Highlanders. He lied about his age to the recruiting authorities, stating this as 20 when in fact he was only 16. He took part in the Batte of Arras in April/May 1917, and also was a member of five execution squads, where deserters, some no doubt suffering from shell-shock, were shot. Once his age was discovered, he signed up with the First Aid Service and served in France until June 1917.

At the age of 18, he re-joined the Army though it does not appear that he served overseas. In his autobiography, written later in life, he made claims to have been in Italy and at the mutiny at Étaples. This may have been a fiction on his part. All the same, the episode was apparently incorporated into the BBC series The Monocled Mutineer.

After the war he studied at Worcester College, Oxford for a year. He decided to resume a military career when he was offered a place at the Royal Military College, Sandhurst, but he quickly decided it was not for him. He also studied music at Trinity College, London, having already had private piano lessons as a child.
[edit]Career in dance

His interests had meanwhile turned to dancing. He was one of the first post-war English dancers to feature the full natural turn in the slow waltz. This innovation was a factor in his winning the first World Ballroom Dancing Championship in 1922 with Phyllis Clarke as his partner. He married Dorothy Newton a few days later.

He competed again in 1924, coming second to Maxwell Stewart – the inventor of the double reverse spin in the waltz – and Barbara Miles. He was a founding member of the Ballroom Committee of the Imperial Society of Teachers of Dancing which codified the theory and practice of Ballroom Dance – now known as the International Style – and published the first book embodying the new standards in 1927. This was Modern Ballroom Dancing, which became a best-seller and has remained in print through many editions, the last issued in 2005.

He went on to open a dancing academy in London, which eventually developed into a chain of 23 dance studios. By the early 1930s his teaching had become famous and he had taught some of the top celebrities of the day, among whom was Estelle Thompson, better known as Merle Oberon. Victor had his own BBC television show through the 1950s, called BBC Dancing Club, and was later the President of the Imperial Society of Teachers of Dancing.

The lack of what he felt were adequate records for dancing led Silvester in 1935 to form his own five-piece band, later enlarged and named Victor Silvester and his Ballroom Orchestra, whose first record, “You’re Dancing on My Heart” (by Al Bryan and George M. Meyer), sold 17,000 copies and was to become his signature tune. He insisted his recordings conform precisely to the beats per minute recommended by the ISTD for ballroom dances, a concept termed “strict tempo”. In British eyes he became indelibly associated with the catch-phrase “slow, slow, quick-quick-slow” – a rhythm that occurs in the foxtrot and quickstep.

The Silvester band always had a distinctive sound, achieved by an unusual line-up including, as well as the usual rhythm section, alto saxophone (initially Charlie Spinelli and later, for 26 years, Edward Owen “Poggy” Pogson, who had previously played in Jack Payne’s and Jack Hylton’s bands), a lead solo violin (for many years usually Oscar Grasso), and not one but two pianos, one taking turn in solos and the other maintaining an improvised tinkling continuo in the background throughout every piece, which Silvester called his “lemonade”.

He notes in his autobiography that his first two pianists in 1935 were Gerry Moore for the melody and Felix King for the “lemonade”. Later pianists included, at different times, Monia Liter, Charlie Pude, Jack Phillips, Billy Munn, Victor Parker (also accordion), Ernest “Slim” Wilson (who was also Silvester’s main arranger, and with whom he co-wrote several pieces), Eddie Macauley and Ronnie Taylor. Silvester’s drummer for over four decades was Ben Edwards, crucial for supplying the strict tempo. Sometimes there might be four saxophones altogether, two alto and two tenor, including in latter years Tony Mozr, Percy Waterhouse and Phil Kirby in addition to Pogson, all doubling on clarinet as required. On some recordings, the Ballroom Orchestra was augmented with 15 strings and woodwind, when it became “The Silver Strings”. During the war, when Oscar Grasso was in the forces, the classical violinist Alfredo Campoli took his place, using the name “Alfred Campbell” for contractual reasons.

These were first-class players, some of whom (like Liter, Grasso and Pogson) were already noted in jazz or danceband circles before they joined Silvester’s band. Unlike most British dance bands of the era, there were no vocals. Silvester usually did not play (he was a violinist), but stood in front of his orchestra in white tie and tails, conducting with a flourish. Though popular with dancers, the orchestra was criticised by the dance band discographer Brian Rust, who said:

“Victor Silvester… there was nothing whatever in the thin treatment of the melody… to appeal to those who looked beyond the simple requirements of a steady dance tempo… [the records he made] are of purely utilitarian appeal and nothing more”.

He would continue to make music for half a century, mostly covering the popular music standards and show tunes, sometimes (but rarely) swing, trad jazz, and in latter years, especially from 1971 when the orchestra continued under his son Victor Silvester Jr, rock and roll, disco and pop. These later attempts to stay “with it” involved the introduction of an electric guitar, but it is mostly the more melodic recordings of the 1940s and 1950s that are now reissued on CD and still sold widely.

Silvester’s record sales were so huge that competition was inevitable. Other dancers were attracted to the idea, and set up their own strict-tempo bands. Henry Jacques, Maxwell Stewart, Josephine Bradley and Wally Fryer were all top-flight dancers who set up in competition to Silvester. There were other bands led by musicians who were capable of recording in strict time. The best for ballroom competitions was probably Joe Loss, who had an even longer musical career than Silvester. Other bands that catered to ballroom dancing were Oscar Rabin and Jack Harris, whose band played in clubs and restaurants through the 1930s, Phil Tate, and Jack Parnell. For the post-war period of Latin dances to (mostly) Cuban and Brazilian rhythms, Edmundo Ros was in a class of his own.

By 1958, when he published his autobiography, he was the most successful dance band leader in British musical history, and a major star on British radio and television. His BBC Television show Dancing Club lasted 17 years. He also presented a weekly request programme on the BBC Overseas Service (later World Service) which ran from 1948 to 1975. His obituary in The Times noted, “Turn on a radio in Famagusta, Cape Town or Peking and one would be likely to hear his music issuing from the speakers”.
Victor Silvester was appointed an Officer of the Order of the British Empire in 1961. He died while on holiday in the south of France at the age of 78. The orchestra remained in existence under his son’s direction until the 1990s. Victor, his wife, and son are memorialised at Golders Green Crematorium, London.