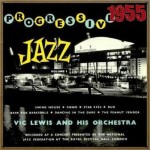 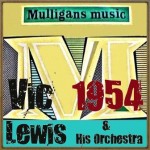 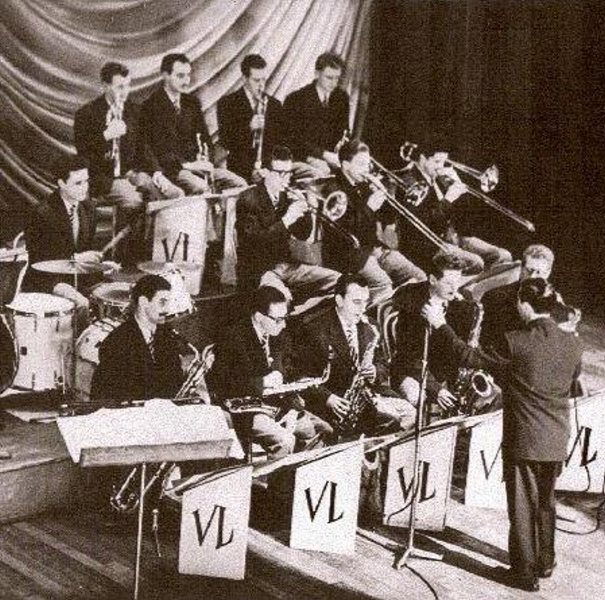 Vic Lewis began playing the guitar at the age of three, and dabbled with cornet and trombone. One of his early bands included George Shearing, then a teenager, among its members. Lewis first toured the United States in 1938, where he did recording sessions with a band that had Bobby Hackett, Eddie Condon, and Pee Wee Russell among its members. He served in the Royal Air Force from 1941–44; during this time he recorded with Buddy Featherstonhaugh. He worked with Stephane Grappelli during 1944-45 and with Ted Heath soon after. While he was in the RAF, he met Jack Parnell and together they formed the “Vic Lewis/Jack Parnell Jazzmen”.

Vic Lewis put together his first big band in 1946 to play swing jazz, but soon after its formation Lewis began to direct the ensemble toward the sound of Stan Kenton. Kenton provided Lewis with some of his arrangements by Pete Rugolo, Gerry Mulligan, and Bill Holman. Lewis’s pianist, Ken Thorne, also made arranging contributions.

Vic Lewis toured the U.S. with the band at various intervals between 1956 and 1959, and recorded extensively for Parlophone, Esquire, Decca, and Philips. After 1959 Lewis semi-retired as a performer, he only occasionally recorded, but he continued to write about jazz and champion its value. He went into artist management, and oversaw the careers of photographer Robert Whitaker and the singer Cilla Black among many others. As a keen cricketer and administrator, he founded his own cricket club and represented the United States at the International Cricket Council.

He served as a General Committee Member of Middlesex County Cricket Club between 1976 and 2001. Lewis also managed Robin Gibb of the Bee Gees, and Lewis produced Gibb’s debut album Robin’s Reign released in 1970.