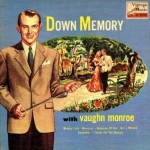 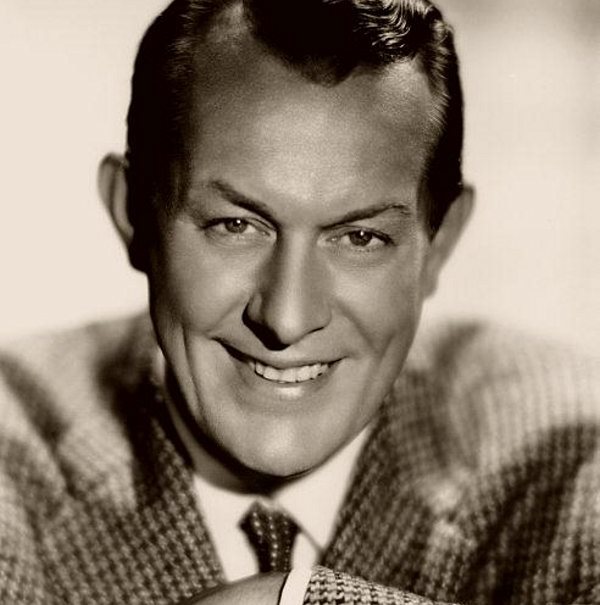 Vaughn Monroe, Vaughn Wilton Monroe (October 7, 1911 – May 21, 1973) was an American baritone singer, trumpeter and big band leader and actor, most popular in the 1940s and 1950s. He has two stars on the Hollywood Walk of Fame for recording and radio.

Vaughn Monroe was born in Akron, Ohio on October 7, 1911. He graduated from Jeannette High School in Pennsylvania in 1929 where he was senior class president and voted “most likely to succeed.” After graduation, he attended the Carnegie Institute of Technology, where he was an active member of the Sigma Nu fraternity. Monroe attended New England Conservatory for one semester in 1935, studying voice with Clarence B. Shirley.

He formed his first orchestra in Boston in 1940 and became its principal vocalist. He began recording for Victor’s low-priced Bluebird label. That same year, Monroe built The Meadows, a restaurant and nightclub on Route 9 in Framingham, Massachusetts, west of Boston. He hosted the Camel Caravan radio program from there starting in 1946. It burned to the ground in December 1980 after sitting shuttered and vacant for a number of years.

Vaughn Monroe was tall and handsome which helped him as a band leader and singer, as well as in Hollywood. He was sometimes called “the Baritone with Muscles”, “the Voice with Hair on its Chest”, “Ol’ Leather Tonsils”, or “Leather Lungs”.

Vaughn Monroe also wrote a number of songs ranging from “Army Song” to less-known ones like the “Jeannette High School Alma Mater”.

Movies also beckoned, although he did not pursue it with vigor. Vaughn Monroe appeared in 1944’s Meet the People, Carnegie Hall (1947), Singing Guns (1950), and The Toughest Man in Arizona (1952). He co-authored The Adventures of Mr. Putt Putt, a children’s book about airplanes and flying, published in 1949.

He hosted The Vaughn Monroe Show on CBS Television from 1950–51 and from 1954–55, and also appeared on Bonanza and The Mike Douglas Show, as well as The Ed Sullivan Show, Texaco Star Theatre, The Jackie Gleason Show, The Tonight Show Starring Johnny Carson, and American Bandstand. He was a major stockholder in RCA and appeared in print ads and television commercials for the company’s TV and audio products.

Vaughn Monroe died on May 21, 1973 at Martin County Memorial Hospital, shortly after having stomach surgery . He was buried in Fernhill Memorial Gardens and Mausoleum in Stuart, Florida.