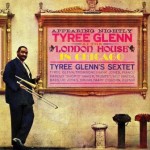 At the "London House" in Chicago, Tyree Glenn 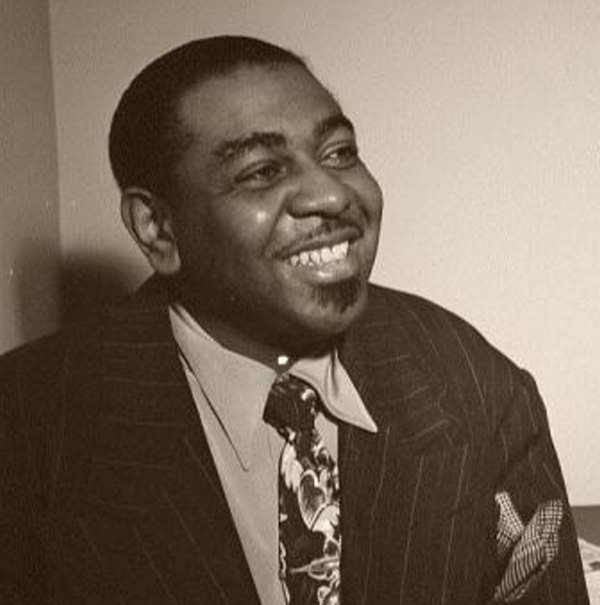 Tyree Glenn played trombone and vibraphone with local Texas bands before moving in the early 1930s to Washington, D.C., where he performed with several prominent bands of the Swing Era. He played with Bob Young[disambiguation needed] (1930), then he joined Tommy Myles’s band (1934–1936). After he left Myles, he moved to the West Coast, playing with groups headed by Charlie Echols (1936). Further, he played with Eddie Barefield (1936), Eddie Mallory’s band (1937) and Benny Carter (1937) and played with Cab Calloway from 1939 to 1946.

He toured around Europe with Don Redman’s big band (1946). From 1947 to 1951 he played with Duke Ellington and was an effective wah-wah trombonist in the Tricky Sam Nanton tradition and Ellington’s only vibraphonist, being well-featured on the Liberian Suite. After, he played also with Howard Biggs’s Orchestra.

During the 1950s, Tyree Glenn did studiowork, led his quartet at the Embers, did some television, radio and acting work, and freelanced in swing and Dixieland settings. In 1953 he joined Jack Sterling’s New York daily radio show, with which he remained until 1963. During 1965–1968, he toured the world with Louis Armstrong’s All-Stars and played until Armstrong died in 1971. Later, Glenn led his own group during his last few years.

He was also a studio musician and actor. He wrote Sultry Serenade, which was recorded by Duke Ellington and Erroll Garner.
Glenn lived in Englewood, New Jersey. He died of cancer and was survived by two sons, Tyree Jr., and Roger, both musicians.