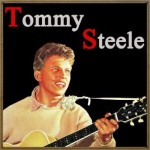 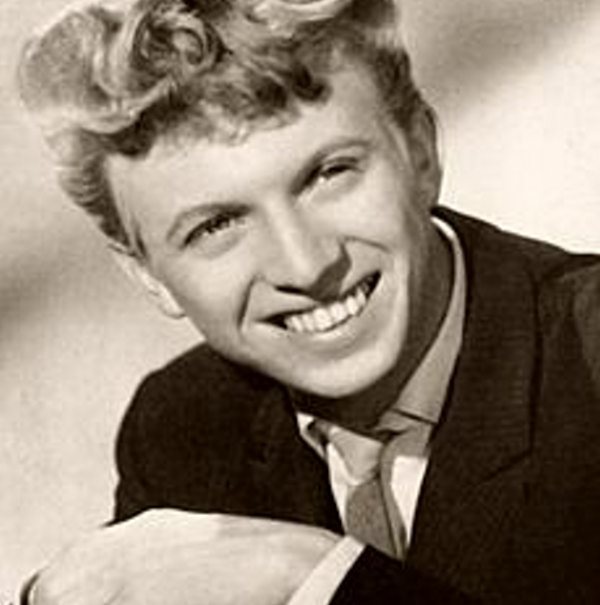 Before landing a singing career, Tommy Steele  tried his hand at a number of odd jobs and had a brief spell as a merchant seaman. Like many singers of his era he never did national service, having failed the medical examination because, at eighteen years old, he was diagnosed as suffering with cardiomyopathy. However, according to his autobiography, Bermondsey Boy: Memories of a Forgotten World, he failed the medical because he had flat feet. While on leave or during dock strikes, he played guitar and banjo and sang in The 2i’s Coffee Bar and the Cat’s Whisker where hand-jiving was devised, two coffee houses in Soho, both as a solo performer and with Wally Whyton’s Vipers Skiffle Group.

When a ship Tommy Steele  was serving on docked in Norfolk, Virginia, he heard Buddy Holly and fell in love with rock and roll, turning his back on the British skiffle craze. He was discovered by freelance photographer John Kennedy, who believed Steele could be Britain’s answer to Elvis Presley. Later co-manager Larry Parnes was incorrectly credited with creating the stage name ‘Tommy Steele.’ It was Steele who adapted the surname of his Scandinavian paternal grandfather, Thomas Stil-Hicks (pronounced Steel-Hicks), adding another E to the spelling.

Tommy Steele  shot quickly to fame in the UK as the frontman for a rock and roll band, the Steelmen, after their first single, “Rock With The Caveman,” reached number 13 in the UK Singles Chart in 1956. Steele and other British singers would pick known hit records from the United States, record their cover versions of these songs, and release them in the UK before the American versions could enter the charts. Most of Steele’s 1950s recordings were covers of American hits, such as “Singing the Blues” and “Knee Deep in the Blues”. Although Steele never proved a serious threat to Presley’s popularity in the UK, he did well on the 1950s UK chart and “Singing the Blues” got to Number 1 in the UK before Presley did so. Guy Mitchell was number 1 with “Singing the Blues” on 4 January 1957 and Tommy Steele on 11 January 1957. Steele’s 1957 album, The Tommy Steele Story, was the first by a UK-based act to reach #1 in the UK.

Only four months after his first chart presence, he was filming his life story. To do so, Steele and his songwriting collaborators, Lionel Bart and Mike Pratt, wrote twelve songs in seven days. His first three single releases were issued at a rate of one every three weeks. in 1957 Steele bought a four-bedroomed house in South London for his parents. In August 1959, Steele undertook a three-day concert visit to Moscow.
In late 2009 his greatest hits collection, The Very Best of Tommy Steele, reached the Top 40 in the UK Albums Chart. This was the first UK chart entry, of any kind, that Steele had enjoyed for over forty eight years.

The increase in home-grown musical talent during the 1960s allowed Steele to progress to a career in stage and film musicals, leaving behind his pop idol identity. In the West End he appeared in She Stoops to Conquer and played the title role of Hans Christian Andersen. On film, he recreated his London and Broadway stage role in Half A Sixpence, and played character roles in The Happiest Millionaire and Finian’s Rainbow, although many critics found his personality to be somewhat overwhelming on screen. In this latter film, probably his best known appearance in the films, he played Og, the leprechaun turning human, and co-starred with Petula Clark and Fred Astaire. In 1968 British exhibitors voted him the fourth most popular star at the local box office.
In April 1971, Steele starred in his own show Meet Me in London at London’s Adelphi Theatre.

In 1983, Tommy Steele  directed and starred in the West End stage production of Singin’ in the Rain at the London Palladium. In 1991 he toured with Some Like It Hot the stage version of the Jack Lemmon and Marilyn Monroe film.

In 2003, after a decade-long hiatus, save his one man shows An Evening With Tommy Steele and What A Show!, he toured as Ebenezer Scrooge in a production of Scrooge: The Musical, an adaptation of Scrooge. Following this return, he reprised his role at the Palace Theatre, Manchester over Christmas 2004, and brought the production to the London Palladium for Christmas 2005. In 2008, at the age of 71, Steele toured in the lead role of the stage musical Doctor Dolittle, and reprised his role as Scrooge during the Christmas season in 2009. He will play the part once again in Dublin in winter 2010.
He also played Scrooge in the Empire Theatre, Sunderland in October 2010, New Theatre, Hull, Her Majesty’s Theatre, London and the Playhouse, Edinburgh in November 2010. In 2011 he toured the UK in his starring role as Scrooge and from 24th October 2012 he is again starring in Scrooge this time at the London Palladium What’s on Stage.

Tommy Steele  was born in Bermondsey, London. He married Ann Donoghue at St. Patrick’s Catholic Church, Soho Square, London, in 1960. They have one daughter, Emma.
In the early 1980s, Steele wrote and published a book titled The Final Run, a novel about World War II and the evacuation of Dunkirk.

He also wrote a children’s novel, entitled Quincy, about a reject toy trying to save himself and his fellow rejects in the basement of a toy store from the furnace the day after Christmas. This was turned into a film in 1979, in which Steele played Quincy and Mel Martin played Quincy’s girlfriend doll, Rebecca.
He is a respected sculptor and three of his major works have been on public display: Bermondsey Boy at the Rotherhithe Civic Centre (which was subjected to an arson attack by local youths some years ago and no longer exists), and Eleanor Rigby which he sculpted and gave to the City of Liverpool as a tribute to the Beatles. The statue stands in Stanley Street, Liverpool, not far from the Cavern Club. Steele has another sculpture featuring two rugby players on display at Twickenham Stadium. He is also an artist of some note and has exhibited at the Royal Academy.

Steele is mentioned briefly in Ian Fleming’s James Bond novel, Thunderball. Evidently Fleming viewed Steele as a teen idol of the entitled post-war youth, existing in a modern world alongside atomic bombs, space flight and the Welfare State.
Steele’s autobiography was published in September 2006 and is entitled Bermondsey Boy: Memories of a Forgotten World (London: Joseph) ISBN 0-7181-4972-6
Tommy Steele  co-wrote many of his early songs with Lionel Bart and Mike Pratt, but he used the pseudonym of Jimmy Bennett from 1958 onwards.

For many years it was thought that Elvis Presley had never set foot in England, and had only ever spent a few minutes on the tarmac at Prestwick Airport in Scotland where his military plane, en route to the United States after completing his army service in West Germany, stopped to re-fuel. However, on 21 April 2008, in a BBC Radio 2 interview with theatre impresario Bill Kenwright, it was claimed that Presley, then 23, had visited England for a day, after a phone conversation with Steele in London in 1958. According to Kenwright: “Elvis flew in for a day and Tommy showed him round London. He showed him the Houses of Parliament and spent the day with him”. Kenwright admitted on 22 April 2008 that he was not sure whether he should have told the story. Tommy Steele said: “It was two young men sharing the same love of their music. I swore never to divulge publicly what took place and I regret that it has found some way of getting into the light. I only hope he can forgive me.”

Press officers employed by Stagecoach, the company that owns Prestwick Airport, rapidly issued a statement requesting proof, photographic or otherwise, of the said meeting. Until such proof is provided, they will continue to describe their property Prestwick Airport as being the only place in Britain where Elvis Presley ever set foot, and will not be removing the marker, photographs and special lounge at their airport which relate to their claim.

Lamar Fike, a former member of the Memphis Mafia, who lived with Presley at the time, has posted a claim that it was he, not Presley, who visited London and Tommy Steele for a day in 1958.