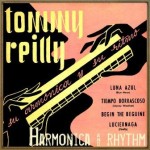 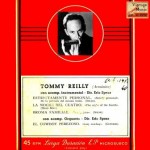 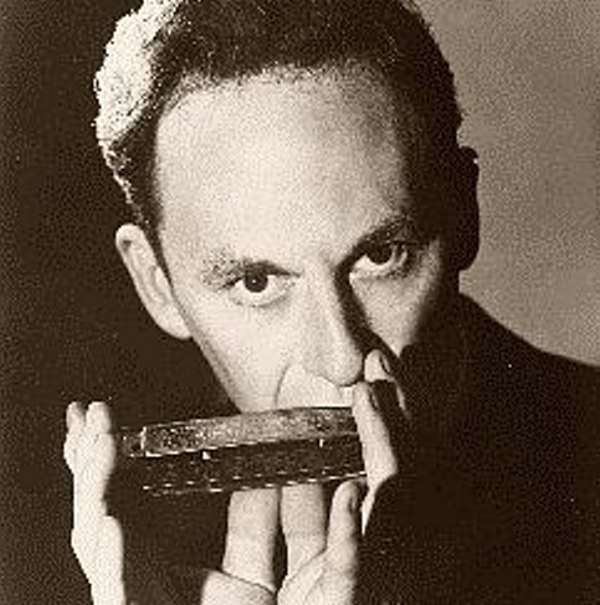 Tommy Reilly, Thomas Rundle Reilly  (August 21, 1919 – September 25, 2000) was a Canadian classical harmonica player. He began studying violin at eight and began playing harmonica at aged eleven as a member of his father’s band. In the 1940s, he began parallel careers as a concert soloist and recitalist playing the harmonica.

Born in Guelph, Ontario, he studied violin at eight and began playing harmonica at aged eleven as a member of his father’s band. In 1935 the family moved to London. At the outbreak of the Second World War he was a student at the Leipzig Conservatory. Reilly was arrested and interned for the duration of the war in prisoner of war camps. However it was there that he developed his virtuosity on the harmonica, basing his ideas of phrasing and interpretation on the playing of Jascha Heifetz.

Returning to London in 1945, Tommy Reilly began championing the cause of the harmonica as a serious solo concert instrument. He began parallel careers as a concert soloist and recitalist, a popular BBC radio and TV performer, and a studio musician-composer. He performed with most of the major European orchestras and toured Europe several times with the Academy of St Martin-in-the-Fields.

Tommy Reilly worked with many composers to get more original music written for the instrument, and his recordings also include original harmonica works by Ralph Vaughan Williams, Malcolm Arnold, Arthur Benjamin, and Villa-Lobos.

His first recording, for Parlophone, was produced by Sir George Martin in 1951. He also performed music for the soundtracks of many US and European films and for several US TV series. Among the composers who wrote film scores for Reilly were Bernard Herrmann, Elmer Bernstein and Dimitri Tiomkin.

In 1967, Tommy Reilly initiated the development of the first Hohner silver harmonica, which became the de facto standard concert instrument for many years and to which Hohner has made with few adjustments ever since.

Tommy Reilly and James Moody have recorded many musical scores for the harmonica under the pen names “Dwight Barker” and “Max Martin”. One of such musical compilation is the LP: Conroy/Berry Music – Conroy BMLP 160 – Album Title: Conroy Recorded Music Library: Harmonica, 1976, which is a compilation of previous 78 RPM of the 1960s from Berry Music.

In 1992 he received an MBE (Member of the Order of the British Empire) from Queen Elizabeth for his services to music.
Reilly developed and invented much of the playing technique which is common today. He wrote a handbook Play like the Stars, about playing classical style on the chromatic harmonica.
He died aged 81 in Frensham, Surrey.
His granddaughter Georgina Reilly is a Canadian film and television actor.