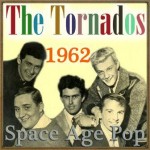 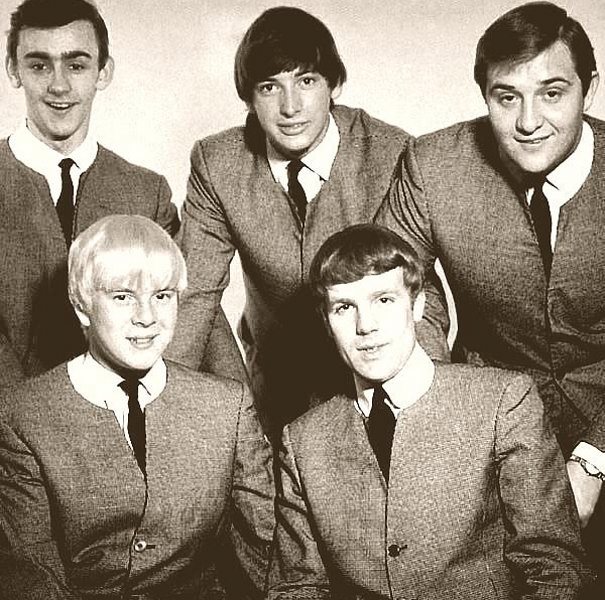 The Tornados were an English instrumental group of the 1960s that acted as backing group for many of record producer Joe Meek’s productions and also for singer Billy Fury. They enjoyed several chart hits in their own right, including the UK and U.S. Number One “Telstar” (named after the satellite and composed and produced by Meek), the first U.S. No.1 single by a British group.

From January 1962 to August 1963, The Tornados were the backing band of Billy Fury (as well as recording and performing as an act in their own right); they toured and recorded with Fury as The Tornados. Their recordings with Fury were produced by Mike Smith and Ivor Raymonde.

The Tornados made a scopitone film (an early form of music video) for “Telstar” and another for their chart hit “Robot” featuring members of the group walking around woodland dressed in appropriate headgear with their guitars, flirting with various young women and being finally arrested by policemen after lighting a campfire.

For a time the Tornados were considered serious rivals to The Shadows. The Tornados single “Globetrotter” made it to No.5 in the UK Singles Chart. However, pop instrumentals began to lose popularity with British audiences during the course of 1963 as the ‘Mersey Sound’, most notably The Beatles, became more and more popular. In the summer of 1963, Joe Meek induced The Tornados’ bassist Heinz Burt to start a solo career, as The Tornados’ chart success as an instrumental outfit waned, and from that point onwards The Tornados began to fall apart. By 1965 none of the original lineup remained.

On some promotional items, later lineups were credited as Tornados ’65 and The New Tornados, but these names were never used on The Tornados’ releases. In the mid-‘sixties The Tornados backed Billy Fury again, with Dave Watts on keyboards, Robby Gale on guitar and John Davies on drums. In 1968, in Israel to perform in Mandy Rice-Davies’ night club “Mandys”, the band stayed for a ten-week tour after which they disbanded, leaving Watts in Israel playing with The Lions of Judea.

After drummer and bandleader Clem Cattini left The Tornados in 1965 he became a successful session musician, playing on recording sessions for other artists, and was featured in Cliff Richard’s backing bands. He holds the record for appearing the most times on UK No.1 singles.
Rhythm guitarist George Bellamy is the father of Matthew Bellamy, the front man of British Alternative Rock band Muse.