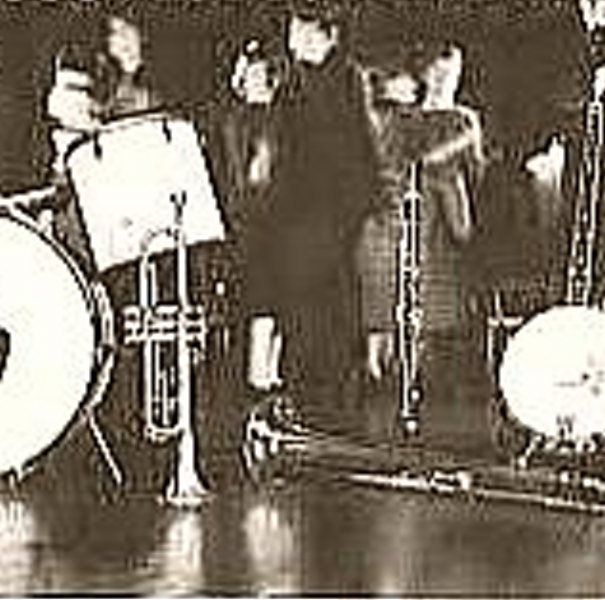 The Rampart Street Paraders were a group organized by Matty Matlock at the behest of producer Paul Weston for a one-off recording project, but they proved so successful that they enjoyed a four-year run as one of the better studio Dixieland outfits of the mid-’50s. In late 1953, Columbia Records decided to do a 12″ LP — then an ambitious format that allowed for extended songs and jamming — titled Jam Session Coast to Coast; the idea, in keeping with the title, was to pair off musically compatible sessions by two different bands on opposite coasts of the United States.

As this was to be a Dixieland-themed jazz album, Eddie Condon’s group was to record in New York City under producer George Avakian, while Weston was to deliver a recording of equal worth and stature from Los Angeles. Weston assembled the band he needed mostly with the veteran players who filled the studio music department ranks and session logs, and gave them the name from a street in Los Angeles that had become associated with Dixieland jazz over the previous 30 years or so.

The lineup was built around Matty Matlock and Eddie Miller, ex-members of Bob Crosby’s Bobcats, on clarinets and, in Miller’s case, tenor sax as well. Matlock and Miller had been working together for years, and with the two of them as the starting point, there was also Stan Wrightsman at the piano, Phil Stevens on bass and tuba, Abe Lincoln on trombone, Clyde Hurley on the trumpet, Nick Fatool on drums, and guitarist George Van Eps.

The resulting album was so successful that they went on working in the studio under the name, with the addition of Red Nichols alumnus Joe Rushton on bass saxophone. They owned the next two LPs they did — there was no sharing with any other band on Rampart and Vine or Dixieland My Dixieland. Those two LPs, issued in 1954 and 1956, respectively, didn’t break any sales records, but were sufficiently popular to permit them still more studio time together. In 1955, with Charlie Teagarden replacing Hurley, and Al Hendrickson replacing Van Eps, they cut another session in tandem with tin whistle soloist Randy Hall. In 1957 they made one last recording with Hurley back in the fold and were joined by fellow trumpet man John Best.

The result was a final full-length LP with an odd western flavor to it, titled Texas! U.S.A., that showed them off handily in this offbeat musical setting. By the end of the ’50s, the interest in Dixieland jazz was slackening — as was commercial interest in most forms of jazz — and this marked their swan song. But a four-year history as a studio ensemble wasn’t bad for a group thrown together for what was supposed to be a single project, and it’s surprising their work has never generated a free-standing reissue of its own.