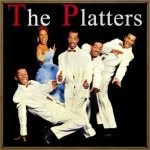 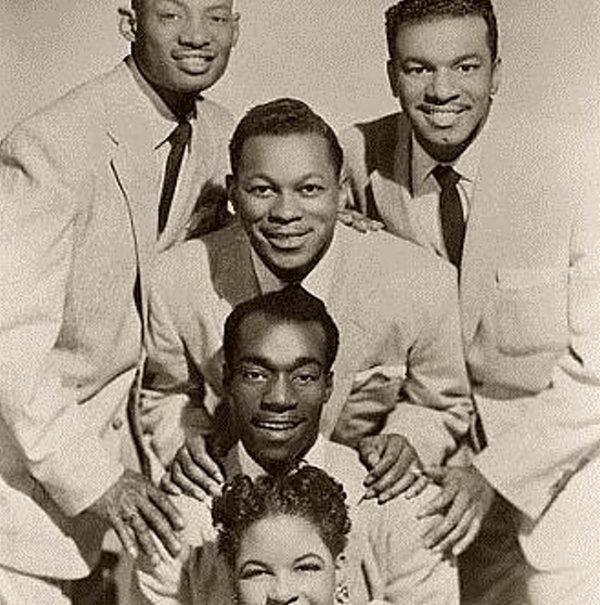 The Platters were one of the most successful vocal groups of the early rock and roll era. Their distinctive sound was a bridge between the pre-rock Tin Pan Alley tradition and the burgeoning new genre. The act went through several personnel changes, with the most successful incarnation comprising lead tenor Tony Williams, David Lynch, Paul Robi, Herb Reed, and Zola Taylor. The group had 40 charting singles on the Billboard Hot 100 chart between 1955 and 1967, including four no. 1 hits.

The Platters formed in Los Angeles in 1953 and were initially managed by Ralph Bass. The original group (Alex Hodge, Cornell Gunter, David Lynch, Joe Jefferson, Gaynel Hodge and Herb Reed) managed to land a contract with Federal Records, but found little success. Herb Reed is credited with creating the group’s name. In June 1953, Gunter was replaced by lead vocalist Tony Williams. The band then released two singles with Federal Records, under the management of Ralph Bass, but found little success.

The band then met music entrepreneur and songwriter Buck Ram. Ram made some changes to the lineup, most notably the addition of female vocalist Zola Taylor; later, Alex Hodge was replaced by Paul Robi. Under Ram’s guidance, the Platters recorded eight songs for Federal in the R&B/gospel style, scoring a few minor regional hits on the West Coast, and backed Tony Williams’ sister, Linda Hayes, One song recorded during their Federal tenure, “Only You (And You Alone)”, originally written by Ram for the Ink Spots, was deemed unreleasable by the label, though copies of this early version do exist.

Despite their lack of chart success, the Platters were a profitable touring group, successful enough that The Penguins, coming off their #8 single “Earth Angel”, asked Ram to manage them as well. With the Penguins in hand, Ram was able to parlay Mercury Records’ interest into a 2-for-1 deal. To sign the Penguins, Ram insisted, Mercury also had to take the Platters. Ironically, the Penguins would never have a hit for the label.

Convinced by Jean Bennett and Tony Williams that “Only You” had potential, Ram had the Platters re-record the song during their first session for Mercury. Released in the summer of 1955, it became the group’s first Top Ten hit on the pop charts and topped the R&B charts for seven weeks. The follow-up, “The Great Pretender”, with lyrics written in the washroom of the Flamingo Hotel in Las Vegas by Buck Ram, exceeded the success of their debut and became the Platters’ first national #1 hit. “The Great Pretender” was also the act’s biggest R&B hit, with an 11-week run atop that chart. In 1956, The Platters appeared in the first major motion picture based around rock and roll, Rock Around the Clock, and performed both “Only You” and “The Great Pretender”.

The Platters’ unique vocal style had touched a nerve in the music-buying public, and a string of hit singles followed, including three more national #1 hits and more modest chart successes such as “I’m Sorry” (#11) and “He’s Mine” (#23) in 1957, “Enchanted” (#12) in 1959, and “The Magic Touch” (#4) in 1956. The Platters soon hit upon the successful formula of updating older standards, such as “My Prayer”, “Twilight Time”, “Harbor Lights”, “To Each His Own”, “If I Didn’t Care” and Jerome Kern’s “Smoke Gets in Your Eyes”. This latter release caused a small controversy after Kern’s widow expressed concern that her late husband’s composition would be turned into a “rock and roll” record. It topped both the American and British charts in a Platters-style arrangement.

The Platters also differed from most other groups of the era because Ram had the group incorporated in 1955. Each member of the group received a 20% share in the stock, full royalties, and their Social Security was paid. As group members left one by one, Ram and his business partner, Jean Bennett, bought their stock which gave them ownership of the “Platters” name, which would later become significant.

The group was inducted into the Rock and Roll Hall of Fame in 1990, the Vocal Group Hall of Fame in its inaugural year of 1998. The Platters were the first rock and roll group to have a Top Ten album in America. They were also the only act to have three songs included on the American Graffiti soundtrack that sparked an oldies revival in the early to mid-1970s: “Smoke Gets in Your Eyes”, “The Great Pretender” and “Only You (and You Alone)”.

The group’s lineup has changed many times. The lineup in 1953 included lead vocalist Cornell Gunter, Herb Reed, Alex Hodge, Joe Jefferson, and David Lynch. This lineup changed when the group signed with Ram, who built the group around tenor Tony Williams’ distinctive and versatile voice and his ability to bring life to Ram’s songs. Within a year, Hodge, Jefferson and Gunter were out and Paul Robi, new lead Tony Williams and a female, Zola Taylor were in. The details of baritone Alex Hodge’s departure are muddy; author Peter A. Grendysa says Hodge was fired by Ram in October 1954 after having been accused of possession of marijuana, Bookers and the record company were told that Hodge was let go for bouncing a fifteen-dollar check. The resulting lineup – the one remembered for the group’s biggest and most lasting hits – lasted until 1960.

As a group, the Platters began to have difficulties with the public after 1959, when the four male members were arrested in Cincinnati on drug and prostitution charges. Reed said he lost contact with Taylor shortly after this time. Although none were convicted, their professional reputation was seriously damaged and US radio stations started removing their records from playlists, forcing the group to rely more heavily on European bookings.

In 1960, lead vocalist Williams left for a solo career, and was replaced by tenor Sonny Turner. Mercury refused to issue further Platters releases without Williams on lead vocals, provoking a lawsuit between the label and manager Ram. The label spent two years releasing old Williams-era material until the group’s contract lapsed. Singer Jack Hammer, who co-wrote several songs including “Great Balls of Fire”, also performed with the group.

As the group’s lineup splintered further, endless wrangling over the lucrative “Platters” name began, with injunctions, non-compete clauses and multiple versions of the act touring at the same time. Williams would lead his own Platters group, as would Zola Taylor (who left in 1964 to be replaced by Barbara Randolph), and Paul Robi (who departed in 1965). The Buck Ram Platters had the strongest legal claim to the name.

Since Ram had built the group to showcase his songs, he added his name to that of The Platters to distinguish his group from that of the off-shoots started by the original members. For a short while, original members Lynch, Taylor, and Robi billed themselves as “The Original Platters” with Williams-clone Johnny Barnes as their lead singer. Despite the confusion, Ram’s Platters lineup, with lead vocalist Sonny Turner, Herb Reed, David Lynch, Nate Nelson (former lead voice of The Flamingos and replacement for Robi) and Sandra Dawn (who replaced Barbara Randolph in 1965), signed to Musicor Records and enjoyed a short chart renaissance in 1966-67, with the comeback singles “I Love You 1000 Times”, “With This Ring”, and the Motown-influenced “Washed Ashore”. Sonny Turner sang the lead on these three records.

Herb Reed, the final member of the original Platters, resigned in 1969. He would eventually lead an “official” Platters group under license from The Five Platters, Inc. Nelson had left in 1967, and later worked with Herb Reed’s group until suffering a fatal heart attack in 1984. Dawn left in 1969 and was replaced by Regina Koco who stayed with the group until 1983.

Sonny Turner left in 1970 and was replaced by Monroe Powell. Turner led his own Platters group starting in 1970. Powell remained a constant member from 1970 to 1995, amid many other lineup changes. In 1995 a dispute between Powell and owner/manager Jean Bennett (who had purchased Personality Productions, the booking/management arm of The Platters business, from Ram in 1966) led to the two parting ways. At the time, the group’s lineup was in limbo, leaving one person, Kenn Johnson, as the only other group member. Powell and Johnson continue touring as “The Platters”, with Bennett hiring five new singers to be the “Buck Ram Platters,” with lead Myles Savage.