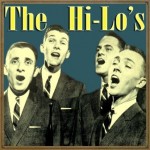 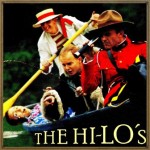 All Over the Place, The Hi-Lo's 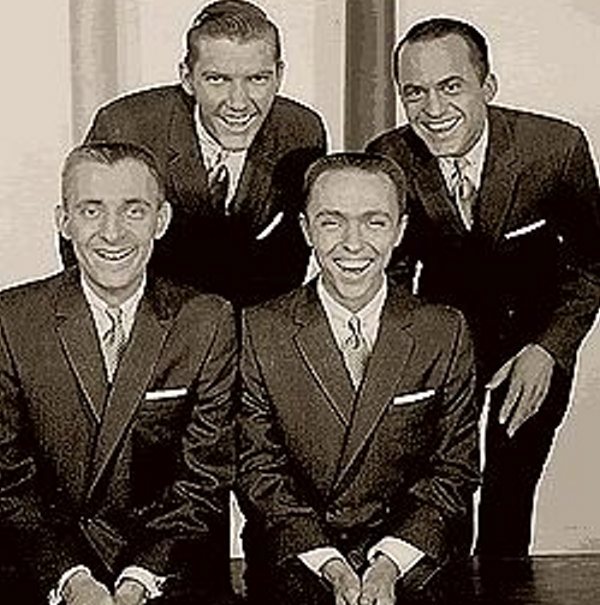 The Hi-Lo’s were an a cappella quartet formed in 1953. The group’s name is reportedly a reference to their extreme vocal and physical ranges (Bob Strasen and Bob Morse were tall, Gene Puerling and Clark Burroughs were short).

The Hi-Lo’s consisted of Gene Puerling (bass-baritone or 4th voice, arranger and leader), Bob Strasen (baritone or 3rd voice), Bob Morse (baritone or 2nd voice and occasional soloist) and Clark Burroughs (tenor or 1st voice/lead). In 1959, Don Shelton replaced Strasen. They are considered a musical influence on groups like The King’s Singers, The Manhattan Transfer, Chanticleer, The Free Design and Brian Wilson. They were also supported by Frank Sinatra. Clare Fischer was their pianist for years and did some of their arrangements.

Puerling and Shelton, together with Bonnie Herman and Len Dressler, later formed another vocal group, The Singers Unlimited. This group gave a wide range for Puerling’s arrangements,for the four singers multi-tracked as many as 16 voices. For that reason The Singers Unlimited were exclusively a recording group.
Bob Strasen died Feb. 28, 1994, Bob Morse on Apr. 27, 2001. Afterward, Puerling, Shelton and Burroughs still appeared very occasionally as the Hi-Lo’s in and around Southern California. Shelton is an accomplished reed player and has played in Clare Fischer’s bands. Clark Burroughs is semi-retired and can sometimes be heard on film soundtracks.