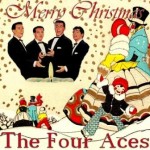 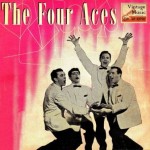 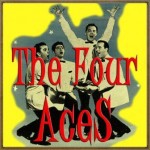 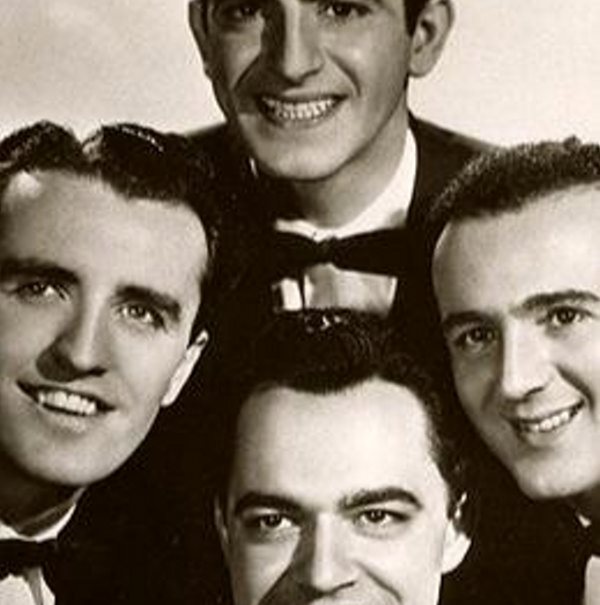 The Four Aces is an American male traditional pop music quartet, popular since the 1950s. Over the last half-century, the group amassed many gold records. Its million-selling signature tunes include “Love is a Many-Splendored Thing”, “Three Coins in the Fountain”, “Stranger in Paradise”, “Tell Me Why”, and “(It’s No) Sin”. Other big sellers included “Shangri-La”, “Perfidia”, and “Sincerely”. The original members, responsible for every song made popular by the group, included Al Alberts, Dave Mahoney, Lou Silvestri, and Rosario “Sod” Vaccaro.

Alberts went to South Philadelphia High School, Temple University, and served in the United States Navy, where he met Mahoney. Originally, Alberts sang with Mahoney playing behind him, and later they added Vaccaro on trumpet and Silvestri on drums. They played locally in the Philadelphia area, and Alberts started his own record label, Victoria Records, when they could not find a distributor to release their first record, “(It’s No) Sin”. It sold a million copies, and Decca Records soon signed the group, billing them as The Four Aces featuring Al Alberts.

Alberts left the group in 1958 to try to make it as a soloist, but never made the charts. He was replaced as lead singer by Fred Diodati, who had attended South Philadelphia High School a few years after Alberts. After Alberts had left the group, Mahoney and Vaccaro also left. Lou Silvestri never left the group, but led three new members, who were Diodati, Alesi and Giglio. The original Aces later asked Silvestri to rejoin the original group. Silvestri, a loyal man and friend did reunite with the original members.

It was then that Diodati lead a new line-up which consisted of Fred Diodati, Tony Alesi, Joe Giglio and Harry Heisler. After almost nineteen years with the group, Alesi developed a medical condition that forced him to leave the group. The current Aces configuration includes Diodati, Joe Giglio, Harry Heisler, and Danny Colingo. These members sing all the songs the original Four Aces had made popular at one time. This configuration undertook a national tour of community concert associations, sponsored by LiveOnStage in Nashville.

In 1975, a court awarded Diodati, Alesi, Giglio and Heisler the right to the name in a court suit in which the original members tried to re-establish their right. The court allowed the founding members to tour as “The Original Four Aces, Featuring Al Alberts”, which they did, finally retiring the act in 1987. Diodati, Giglio, Heisler and Colingo, continue to legally use the name of the Four Aces and perform the songs that made the Original Four Aces popular.

The founding lead singer, Al Alberts, died of natural causes on November 27, 2009. He was 87 years old. Alberts was the first group member to die. David Mahoney died on July 12, 2012 of complications from Alzheimer’s Disease.