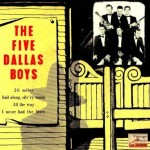 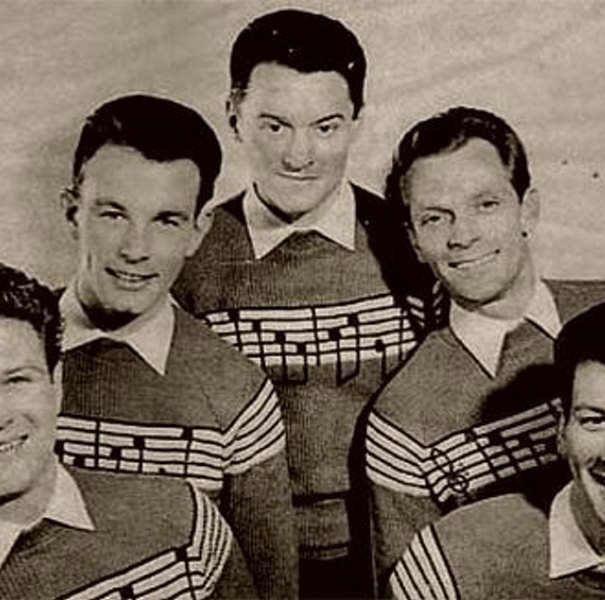 The Five Dallas Boys were among the most popular male singing groups in late ’50s England. Indeed, they were a veritable pop culture fixture as regulars on the two most widely watched music showcases on British television, the Six-Five Special and Oh Boy!. Stan Jones, Bob Wragg, Leon Fisk, and Joe Smith had all grown up in Leicester, and had been friends for years — with Londoner Nicky Clarke rounding out their lineup, they began making a name for themselves locally in the mid-’50s, doing a brand of vocal pop music that was not far from what acts such as the Four Lovers, the Mints, and other white harmony vocal pop acts of the era, although they lacked the special inspiration that the Mints received from the Treniers.

The Five Dallas Boys were picked for the Six-Five Special, British television’s first specifically teen-oriented music showcase, and became national stars from their appearances on that series, sandwiched in between a vast array of skiffle, rock & roll, folk, and pop acts. Following the end of that series run, they were chosen as a regular act for a new rock & roll oriented show called Oh Boy!, which ran from 1958 through 1959. The latter show, in particular, helped make stars of Marty Wilde and Cliff Richard, and The Dallas Boys weren’t all that far behind — by the time the smoke cleared, they had a fan club with over 5,000 female members nationwide, and were one of the busier vocal groups of the period; on the show, they performed by themselves but were also occasionally paired with their female opposite numbers, the Vernons Girls.

The advent of the Merseybeat boom in early 1963 completely altered the musical landscape in England, but The Dallas Boys soldiered on, aided by their lingering name recognition, the loyalty of longtime fans, and the quality of their work. It was only in the early ’70s that they decided to call it quits. The original members reunited once, in 1988, for the concert commemorating Cliff Richard’s 30th anniversary in professional show business.