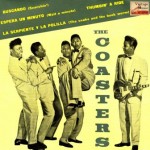 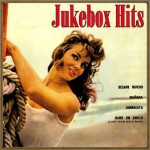 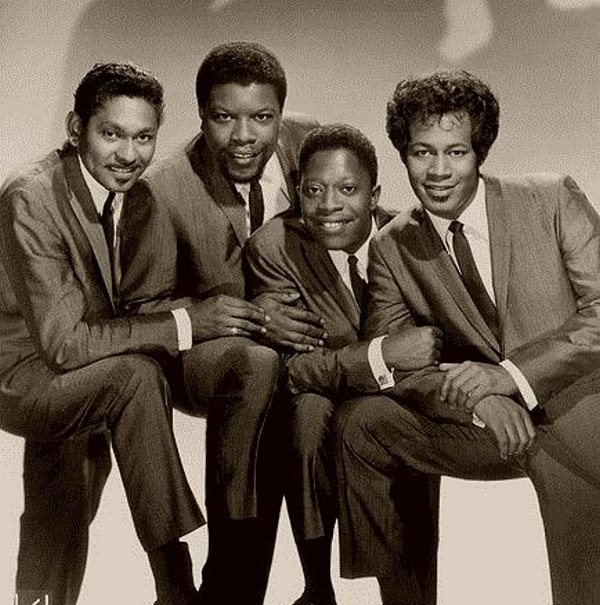 The Coasters are an American rhythm and blues/rock and roll vocal group that had a string of hits in the late 1950s. Beginning with “Searchin'” and “Young Blood,” their most memorable songs were written by the songwriting and producing team of Leiber and Stoller. Although the Coasters originated outside of mainstream doo wop, their records were so frequently imitated that they became an important part of the doo wop legacy through the 1960s.

The Coasters are a doo-wop group that started in October 1955. The original members of the Coasters were Carl Gardner, Billy Guy, Bobby Nunn, Leon Hughes (who was replaced by Young Jessie on a couple of their early Los Angeles recordings), and guitarist Adolph Jacobs. Jacobs left the group in 1959. The Coasters’ were formed out of the group The Robins, a Los Angeles based rhythm and blues group, which included Carl Gardner and Bobby Nunn.

The songwriting team Jerry Leiber and Mike Stoller had started Spark Records, and in 1955 produced “Smokey Joe’s Cafe” for the Robins (their 5th single with Leiber-Stoller). The record was popular enough that Atlantic Records offered Leiber and Stoller an independent production contract to produce the Robins for the Atlantic label. Only two of the Robins—Gardner and Nunn—were willing to make the move to Atlantic, recording their first songs in the same studio as the Robins had done (Master Recorders). In late 1957 the group moved to New York and replaced Nunn and Hughes with Cornell Gunter and Will “Dub” Jones. The new quartet was from then on stationed in New York (although all had Los Angeles roots).

The Coasters’ association with Leiber and Stoller was an immediate success. Together they created a string of good-humored “storytelling” hits that are some of the most entertaining from the original era of rock and roll. Their first single, “Down in Mexico,” was an R&B hit in 1956 and appears (in a re-recording from 1970—still with Gardner singing the lead) on the soundtrack of Quentin Tarantino’s Death Proof. The following year, The Coasters crossed over to the national charts in a big way with the double-sided “Young Blood”/”Searchin’.” “Searchin'” was the group’s first U.S. Top 10 hit, and topped the R&B charts for 13 weeks, becoming the biggest R&B single of 1957 (all these were recorded in Los Angeles).

“Yakety Yak” (recorded in New York), featuring King Curtis on tenor saxophone, included the famous lineup of Gardner, Guy, Jones, and Gunter, became the act’s only national #1 single, and also topped the R&B chart. The next single, “Charlie Brown,” reached #2 on both charts. This was followed by “Along Came Jones,” “Poison Ivy” (#1 for a month on the R&B chart), and “Little Egypt (Ying-Yang).”

Changing popular tastes and a couple of line-up changes contributed to a lack of hits in the 1960s. During this time, Billy Guy was also working on solo projects, so New York singer Vernon Harrell was brought in to replace Guy for stage performances. Later members included Earl “Speedo” Carroll (lead of The Cadillacs), Ronnie Bright (the bass voice on Johnny Cymbal’s “Mr. Bass Man”), Jimmy Norman, and guitarist Thomas “Curly” Palmer. The Coasters signed with Columbia Records’s Date label in 1966, reuniting with Leiber and Stoller (who had parted ways with Atlantic Records in 1963), but were never able to regain their former fame. In 1971, The Coasters had a minor chart entry with “Love Potion No. 9,” a song that Leiber and Stoller had written for the Coasters but instead gave to The Clovers in 1959. In Britain, a 1994 Volkswagen TV advertisement used the group’s “Sorry But I’m Gonna Have To Pass” track, which led to a minor chart placement in that country.

In 1987, the Coasters became the first group inducted into the Rock and Roll Hall of Fame, crediting the members of the 1958-era configuration. The Coasters also joined the Vocal Group Hall of Fame in 1999.
Several groups used the name in the 1970s, touring throughout the country, though Carl Gardner, one of the original Coasters, held the legal rights to it. Gardner continued to tour with the Coasters and made many attempts to stop bogus groups with no connection to the original group using the name. In late 2005, Carl’s son Carl Gardner, Jr. took over as lead with the group when his father retired. The Coasters’ lineup then consisted of Carl Gardner, Jr., J.W. Lance, Primo Candelara and Eddie Whitfield. Carl, Jr. has since split with this group and has started his own group with Curly Palmer.

As of 2012, Leon Hughes and Adolph Jacobs are the only surviving members of the original Coasters. Some of the former members suffered tragic ends. Saxophonist and “fifth Coaster” King Curtis was stabbed to death by two junkies outside his apartment building in 1971. Cornelius Gunter was shot to death while sitting in a Las Vegas parking garage in 1990. Nate Wilson, a member of one of Gunter’s offshoot Coasters groups, was shot and his body dismembered in 1980. Former manager Patrick Cavanaugh was convicted of the murder after Wilson threatened to notify authorities of Cavanaugh’s intent to buy furniture with stolen checks. While Cavanaugh was convicted of the murder and given the death sentence in 1984, his sentence was commuted to life in prison. He died in 2006, in Nevada’s Ely State Prison. Cavanaugh was 60.

The Coasters continue to appear regularly on “oldies” shows and PBS specials as old favorites and are available for bookings.