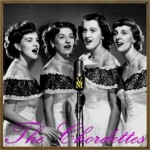 The Chordettes A Capella 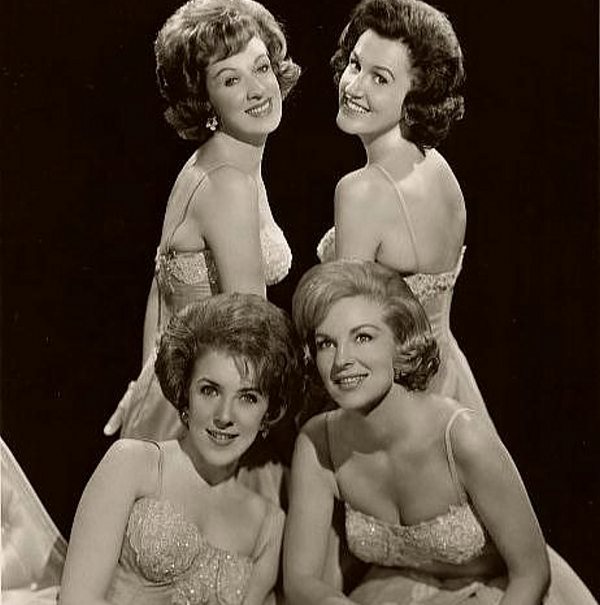 The Chordettes were a female popular singing quartet, usually singing a cappella, and specializing in traditional popular music.

The Chordettes organized in Sheboygan, Wisconsin, in 1946. The original members of the group were Janet Ertel (1913 – November 4, 1988), Carol Buschmann (her sister-in-law), Dorothy Schwartz, and Jinny Osborn (or Lockard) (April 25, 1928 – May 19, 2003). In 1952, Lynn Evans replaced Schwartz, and in 1953, Margie Needham replaced Osborn (who was having a baby), though Osborn later returned to the group. Nancy Overton also was a member of the group at a later time. Originally they sang folk music in the style of The Weavers, but eventually changed to a harmonizing style of the type known as barbershop harmony or close harmony. Part of this change seems to be influenced by Osborn’s father.

Jinny Osborn was born in Seattle, Washington. She was born Virginia Cole, the daughter of O. H. “King” Cole, who was president of the Barbershop Harmony Society (then known as SPEBSQSA), and Katherine Flack.
After performing locally in Sheboygan, they won on Arthur Godfrey’s radio program Talent Scouts in 1949. They held feature status on Godfrey’s daily program, and then recorded for Columbia Records.

In 1953, Godfrey’s music director and orchestra leader, Archie Bleyer, founded Cadence Records. He signed a number of Godfrey regulars and former regulars, including the Chordettes, who had a number of hit records for Cadence.

Janet Ertel married Bleyer in 1954. Her daughter Jackie married another Cadence recording star, Phil Everly of The Everly Brothers.
The Chordettes appeared on American Bandstand on August 5, 1957, the first episode of that show to be broadcast nationally on the ABC Television Network.
In 1961, Jinny Osborn left the group, and they were unable to find a replacement with whom they were happy, leading to a breakup.