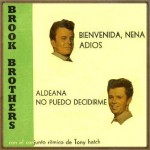 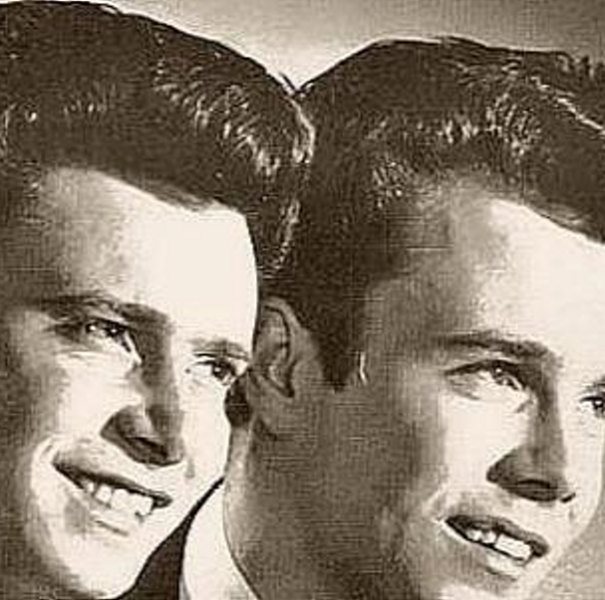 The Brook Brothers started out as a skiffle group in 1956 but, after winning a television talent show, changed their look and sound to approximate the style of The Everly Brothers. They signed to Top Rank Records in 1960 and released a cover of the song “Greenfields” by The Brothers Four the same year. The tune was a hit in Italy but attracted little notice in their home country. After a few more singles were released, they switched to Pye Records, and their second release for them, “Warpaint” (written by Howard Greenfield and Barry Mann), became a UK Top 5 hit. This song was not recorded by Bill Haley, among others.

Following the single’s success they released a full-length album and toured with Cliff Richard and Bobby Rydell. They took part in the annual NME Readers’ Poll-Winners Concert at London’s Wembley Pool on 15 April 1962. They were produced by a young Tony Hatch, and made an appearance in the film, It’s Trad, Dad!. They also entered A Song For Europe for the Eurovision Song Contest 1962, but did not advance in the contest.

After their last chart hit, “Trouble Is My Middle Name”, in 1963, the group’s popularity faded, and they left public view by 1965. Their entire Pye recordings were reissued on CD by Castle Music in the 1990s.