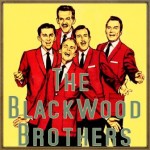 Take a Look in the Book, The Blackwood Brothers 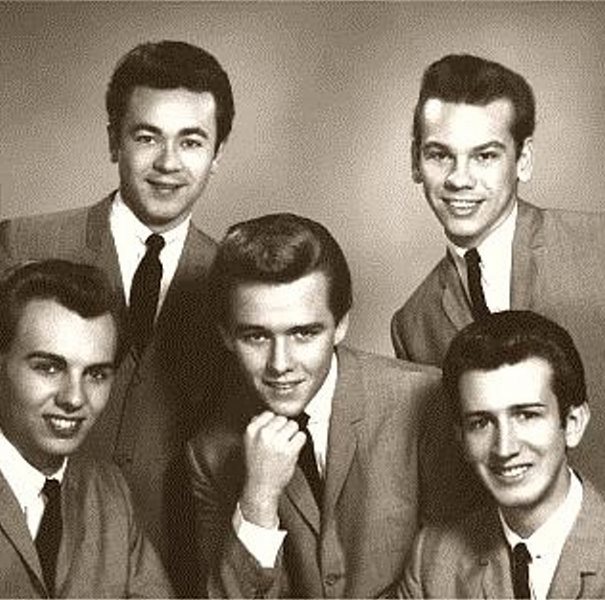 The Blackwood Brothers are an American southern gospel quartet. They are eight-time Grammy Award-winning pioneers of the Christian music industry.

The Blackwood Brothers Quartet was formed in 1934 in the midst of the Great Depression when preacher Roy Blackwood (1900–71) moved his family back home to Choctaw County, Mississippi. His brothers, Doyle Blackwood (1911–74) and 15-year-old James Blackwood (1919–2002), already had some experience singing with Vardaman Ray and Gene Catledge. After adding Roy’s 13-year-old son, R.W. Blackwood (1921–54), to sing baritone, the brothers began to travel and sing locally. By 1940, they were affiliated with Stamps-Baxter to sell songbooks and were appearing on 50,000-watt radio station KMA (AM) in Shenandoah, Iowa.

In 1952, Dan Huskey left and was replaced with Bill Shaw. On June 14, 1954, the Blackwood Brothers lineup of Bill Shaw (tenor), James Blackwood (lead), R.W. Blackwood (baritone), Bill Lyles (bass), and Jackie Marshall (piano), won the Arthur Godfrey’s Talent Scouts competition on national television with their rendition of “Have You Talked To The Man Upstairs?” The excitement was short lived however, when a plane crash took the lives of R.W. Blackwood, Bill Lyles, and Johnny Ogburn, a local friend of the Blackwood Brothers. The survivors, James Blackwood, Bill Shaw, and Jackie Marshall soldiered on. R.W.’s little brother Cecil Blackwood (1934–2000) took over as baritone and J.D. Sumner replaced Bill Lyles at the bass position.

In the following years, he and James Blackwood put a number of innovative ideas into play. They were the first to customize a bus for group travel and are the founders of the National Quartet Convention. Sumner also contributed to the group as a songwriter, sometimes writing all the songs for a music album.

The Blackwood Brothers were also setting new standards in the studio. Their RCA Victor recordings from this time period are now prized collectors’ items. The lineup with Bill Shaw, James, Cecil, and J.D. Sumner (who for many years was unchallenged as the Guinness World Record holder for having the lowest human voice on record) is considered the classic version of the Blackwood Brothers Quartet, with Jackie Marshall or Wally Varner on piano. The Blackwood Brothers Quartet came up with the idea to customize the first bus to make travel spacious and comfortable for entertainers thereby inventing the customized “Tour Bus”. Elvis Presley saw their bus and went straight out and had one made for him. A replica of the bus can be seen at the Southern Gospel Museum and Hall of Fame at Dollywood in Pigeon Forge, Tennessee.

The Blackwood Brothers were still a major force in the industry at the end of the 1960s. In 1969, they collected nearly 200,000 signatures on a “God And Country” petition in retaliation to the banning of prayer in school. In 1969, James Blackwood’s oldest son, James “Jimmy” Blackwood, Jr. (born 1943), stepped up as the main lead singer for the group. Jimmy was a member of the Junior Blackwood Brothers and the Stamps Quartet. From 1969 to 1980, Jimmy sang the lead for most of each concert, but James would come in at the end of the concert and do a rousing set that many considered the highlight of the night.