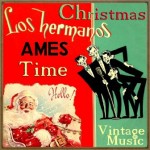 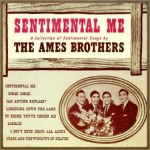 Sentimental Me, The Ames Brothers 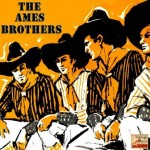 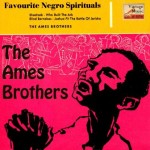 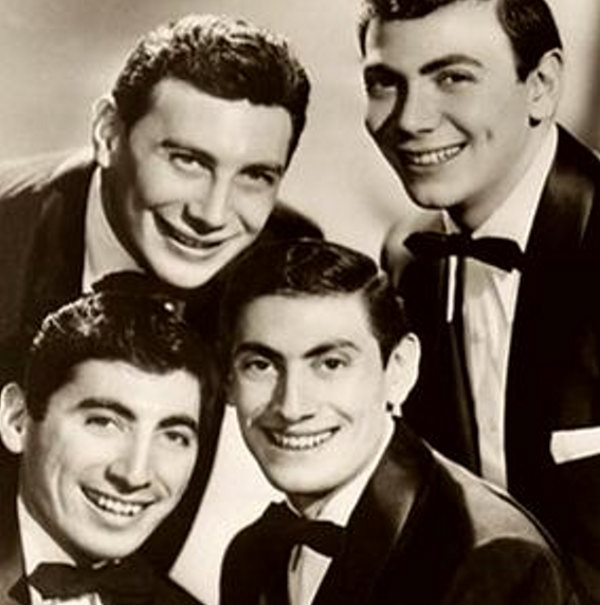 Born into a non-professional but musically talented family, the boys were brought up on classical and operatic music. Their parents, David and Sarah Urick, were Russian Jewish immigrants from the Ukraine who read Shakespeare and semi-classics to their nine children from the time they were old enough to listen.
The brothers formed a quartet with a cousin named Lennie, and had been touring United States Army and Navy bases entertaining the troops and were offered a job at The Fox and Hounds nightclub, one of the fanciest clubs in Boston.

This one week engagement turned into several months when the word got around of their appearance. At the time, they were going by the name of the Amory Brothers, a name taken from Vic’s middle name and they were becoming quite popular in the area. It was at this time that Joe decided to rejoin the group. He said they were just having too much fun together for him to miss out.[citation needed] Taking their act to New York they got a job with bandleader Art Mooney. One day while at Leeds Publishing Company in search of a song called “Should I” that their mother had asked them to sing, Milt Gabler of Decca Records heard them singing it and had them cut a few sides for Decca Records just before the AFM recording ban which James Petrillo imposed in January, 1948.

A year later when the ban was lifted, The Ames Brothers were the first artists to record for Coral Records. The name Amory was shortened to Ames. They were swept into national top billing with their first hit record, “Rag Mop”, in January, 1950. Doing radio shows for free at times just for the experience, they later became regulars on such shows as Arthur Godfrey and His Friends. One of the first acts to appear on the original The Ed Sullivan Show when it was known as Toast of the Town, they made their debut with him when the show was telecast live from Wanamaker’s Department Store.

Soon, they were the top paid group in nightclubs and supperclubs everywhere and their popularity on television was nationwide. In 1956 they starred in their own show, The Ames Brothers Show, which was seen on Friday nights. It was the first syndicated television show to be shown in foreign countries. The brothers also appeared on ABC’s The Pat Boone Chevy Showroom.

Over their fifteen year career, their prolific work notched up 49 U.S. chart entries, 21 of them on the Coral label before signing with RCA Victor. The group disbanded in the early 1960s, but Ed Ames went on with a successful singing and acting career, including playing Daniel Boone’s sidekick, Mingo, on the popular Daniel Boone television series (1964–1970).