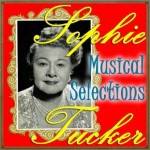 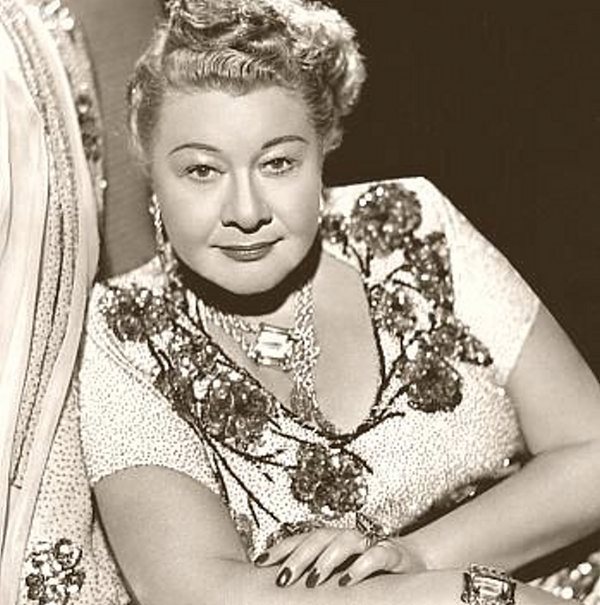 Sophie Tucker, was born Sophia Abuza on 13 1884, in a farmhouse along the road her mother traveled as she emigrated from Russia. They landed at their U.S. destination and joined Sophie’s father during an era when millions of Eastern Europeans, many of them Jewish families like the Abuzas, opted for immigration to America.

Sophie Tucker began her career as an entertainer while working in Hartford, Connecticut at her father’s restaurant, where she earned good tips for adding songs and humor to the service. In her early teens she also performed with her sister at Hartford’s Riverside Park amphitheater. After an unsuccessful marriage to one Louis Tuck, she ran away to New York to become a professional entertainer, leaving her infant son in the care of her sister.

One of Sophie Tucker’s first jobs, in 1907, was at the 125th Street Theater where her strong contralto voice made her a powerful ‘Coon Shouter,’ a white performer who, in the 19th and early 20th century, sang as a blackfaced minstrel. Tucker often asked to perform without blackface, but was told that she was too “big and ugly” to be featured. When her makeup was lost in transit one day, the opportunity to perform without blackface presented itself and the audience took to her warmly.

Soon she was known for both her husky voice and her outspoken comedy. When Tucker first heard her own recorded voice she exclaimed, “…, I sound like a foghorn!” But the public loved Tucker’s sound and she became a popular recording artist in an era when recordings were still made on cylinders. In 1911 she recorded her theme song “Some of These Days” for the Edison Company. By 1914 Sophie Tucker was a major star, touring nonstop in the U.S. and abroad. Her song “My Yiddische Momme” (“My Yiddish Mother”) stirred such emotion and pride among European Jews that the Nazis eventually forbade the sale of her recordings.

Throughout her life Sophie Tucker was known to be very generous. She bought lavishly for herself, her family, and friends. Although not an observant Jew, she espoused the practice of tzedakah (charity), the duty of a Jew to establish justice through compassion. She raised over four million dollars for servicemen during World War I and years later donated to charity all the proceeds from her fiftieth-anniversary record album and her autobiography, Some Of These Days She was also a good business woman and invested her earnings soundly—in real estate and industry.

Sophie Tucker, “The Last of the Red-Hot Mamas” as she called herself, continued to perform in clubs, movies, and on radio, television and stage until she was seventy-eight. legacy of her brassy outspoken style continues to emerge in the work of contemporary women comics such as Bette Midler and Roseanne Barr.