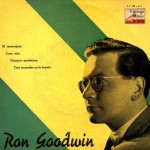 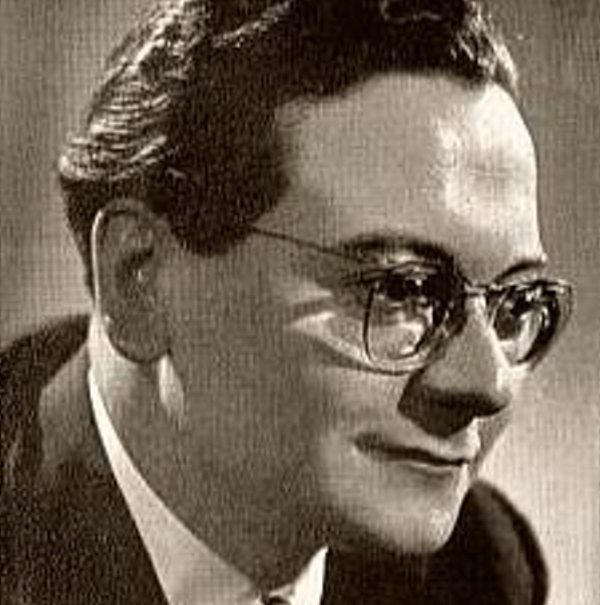 Ron Goodwin, Ronald Alfred Goodwin (17 February 1925 – 8 January 2003) was a British composer and conductor known for his film music. He scored over 70 films in a career lasting over fifty years. His most famous works included Where Eagles Dare, Battle of Britain, 633 Squadron and Operation Crossbow.
Born in Plymouth, Devon, Goodwin learned to play the piano and trumpet from the age of five which allowed him to join the school band. When he was nine, the family moved to Harrow, London, where he attended Willesden County School and Pinner County Grammar School, in Middlesex. From there he went on to study the trumpet in London at the Guildhall School of Music.

Whilst working as a copyist, he formed his own orchestra in his spare time and began arranging and conducting recordings for over fifty artists, which resulted in more than 100 chart successes. He wrote his first feature film score for Whirlpool, with screenplay by Lawrence P. Bachmann. After Bachmann became executive producer at MGM-British Studios in 1959, Goodwin composed and conducted the music for most of its productions, as well as working for other film studios.

Ron Goodwin was born in Plymouth to James Goodwin (died 1952), a policeman with the Metropolitan Police Force and Bessie Violet Goodwin née Godsland (died 1966). The family originally came from London, but had moved to Devon due to James being attached to a security operation at the naval dockyard. in Devon.Goodwin learned to play the piano by the age of five and returned to London four years later, where he attended Willesden county grammar school. Whilst there, he learnt to play the trumpet and performed regularly in the school band. Upon the out break of world war II, the family moved to Harrow, London, and Goodwin attended Pinner county grammar school. It was here that he formed his own band – Ron Goodwin and the Woodchoppers. He later studied the trumpet in London at the Guildhall School of Music.

In 1943 after a brief spell as an insurance clerk, Ron Goodwin joined Campbell, Connelly and Company, a music publisher. His job was a copyist and arranger and went onto work in that role for the BBC. He entered the world of movie music through documentary films, which he said was “a very good training”. He worked as a ghostwriter for Phil Green, Stanley Black, Geraldo and Peter Yorke among others.

From 1949 Goodwin conducted for the Polygon company, arranging and conducting recordings of Petula Clark and Jimmy Young, including the latter’s 1951 UK no 1 hit “Too Young”. In the 1950s he joined Parlophone, and worked alongside George Martin. He accompanied Peter Sellers on his Goodness Gracious Me album, and began to broadcast and make records with his Ron Goodwin Concert Orchestra. In 1953 Goodwin began arranging and conducting more than 300 recordings for over fifty artists, which resulted in more than 100 chart successes.

He simultaneously made his own series of recordings and broadcasts as Ron Goodwin and his Concert Orchestra, and in addition began to compose scores for documentary films at Merton Park Studios. In 1958, Goodwin wrote his first feature film score for Whirlpool, with screenplay by Lawrence P. Bachmann. After Bachmann became executive producer at MGM British Studios in 1959, Goodwin composed and conducted the music for most of its productions, as well as working for other film studios.

Ron Goodwin is primarily known for his film music and worked on more than 70 scores during his career. He composed his first feature film, Man with a Gun in 1958 and was quickly followed by The Witness and Whirlpool a year later. Early minor film success followed with several films until 1961 when he composed the first of four Miss Marple movies, starring Margaret Rutherford entitled Murder, She Said (1961). He later went on to compose the remaining three Miss Marple films Murder at the Gallop (1963), Murder Most Foul (1963) and Murder Ahoy (1964).

His war films are particularly well remembered. These include Where Eagles Dare (1968), Battle of Britain (1969), for which he (mostly) replaced William Walton, 633 Squadron, Operation Crossbow and Force Ten From Navarone. After requests from the RAF military band, the opening from Battle of Britain, originally titled Luftwaffe March, was retitled Aces High and is now regularly played by military bands up and down the U.K.

He wrote the scores for Of Human Bondage (1964), Those Magnificent Men in Their Flying Machines (1965), Alfred Hitchcock’s Frenzy (1972, replacing Henry Mancini), two movies featuring Morecambe and Wise, and the Norman Wisdom film, The Early Bird (1965).

Goodwin’s score for the 1966 film The Trap is now used by the BBC as the theme to the London Marathon coverage. A 30-second variation of his 1969 composition for the film Monte Carlo or Bust is used as the intro for the BBC Radio Four panel game I’m Sorry I Haven’t a Clue. Goodwin wrote several Disney film scores during the 1970s, including the one used for One of Our Dinosaurs Is Missing (1975). He also composed the music and lyrics for a series of animated films. These included The Selfish Giant (1971), The Happy Prince (1974), and The Little Mermaid (also 1974). Goodwin’s last film score was for the Danish-made animation film Valhalla in 1986. He is associated with the Yorkshire Television start up music used from the mid-’70s to early ’80s before ITV had breakfast television.

In 1972, he recorded Somebody Named Ron Goodwin Plays Somebody Named Burt Bacharach and recorded internationally, winning gold and platinum discs awarded by EMI. He won a platinum disc from EMI New Zealand to mark two million sales of the album “Going Places”. During his career he won three Ivor Novello Awards, including a lifetime achievement award, and was a Fellow of the City of Leeds College of Music and a Freedom of the City of London.

Ron Goodwin was married twice and had a son, Chris from his first marriage. Ron Shillingford, Goodwin’s personal assistant for over twenty years said of him “Ron was a musical perfectionist who had a fine rapport with his fellow artists. He was a kind, caring man, with a wonderful sense of humour”. Goodwin was a keen worker with young people and was heavily involved with the Hampshire County Youth Orchestra, Worthing Youth Orchestra, City of Leeds College of Music and the City of Birmingham Schools’ Concert Orchestra.

The road in which Goodwin lived with his family in Plymouth has since been renamed “Goodwin Crescent” in his memory.

In December 2002, he completed his 32nd consecutive year of these Christmas concerts in packed venues across the South of England. However, he had suffered from asthma for many years and the condition had got progressively worse the older he got. On 7 January 2003, having completed conducting Christmas concerts with the Bournemouth Symphony Orchestra he returned home and died in his sleep at Blacknest Cottage, Brimpton Common, Berkshire, on 8 January 2003, aged 77. He is buried at St Paul’s Churchyard, Ashford Hill, Hampshire, England.