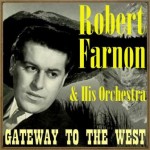 Gateway To The West, Robert Farnon 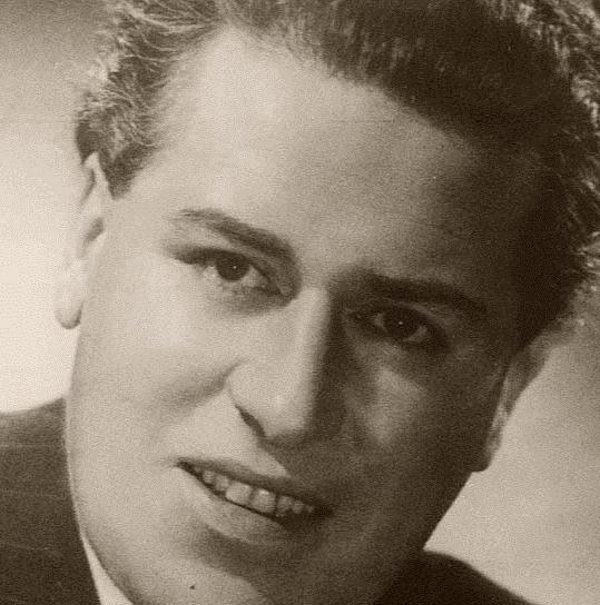 Robert Farnon, Robert Joseph Farnon (July 24, 1917 – April 23, 2005) was a Canadian-born composer, conductor, musical arranger and trumpet player. As well as being a famous composer of original works (often in the light music genre, but also for film and television), he was recognised as one of the finest arrangers of his generation. In later life he composed a number of more serious orchestral works, including three symphonies, and was recognised with four Ivor Novello awards and the Order of Canada.

Born in Toronto, Ontario, he was commissioned as a captain in the Canadian Army and became the conductor/arranger of the Canadian Band of the Supreme Headquarters Allied Expeditionary Force sent overseas during World War II, which was the Canadian equivalent of the American Band of the SHAEF led by Major Glenn Miller. He was noted as a Jazz trumpeter – his long time friend Dizzy Gillespie once stated that he was pleased that Farnon took up composing, arranging and conducting as Robert was the better jazz trumpeter.
He married Joanne Dallas, a singer from the SHAEF band, whom he later divorced. At the end of the war, Farnon decided to make England his home, and he later moved to Guernsey in the Channel Islands with his new wife Patricia Smith and his five children. His friend the composer Wally Stott composed “A Canadian in Mayfair” as a tribute.

He was considered by his peers the finest arranger in the world, and his talents influenced many composer-arrangers including Quincy Jones, all of whom acknowledge his contributions to their work. Conductor André Previn called him “the greatest writer for strings in the world.”

He won four Ivor Novello Awards including one for “Outstanding Services to British Music” in 1991 and in 1996 he won the Grammy Award for Best Instrumental Arrangement for “Lament” performed by J. J. Johnson & his Robert Farnon Orchestra. He was also awarded the Order of Canada early in 1998.
Robert Farnon died at the age of eighty-seven at a hospice near his home of forty years in Guernsey. He was survived by his wife Patricia and their five children, as well as two children from his previous marriage and his many grandchildren.

Robert Farnon is probably best known for two famous pieces of light music, “Jumping Bean” and “Portrait of a Flirt”, which were originally released as the A and B sides on the same 78. Also famous are his “Westminster Waltz”, “Destiny Waltz” and “A Star is Born”.
Robert Farnon also wrote the music for more than forty motion pictures including Maytime in Mayfair (1949) and Captain Horatio Hornblower R.N. (1951) and for a number of television series and miniseries including The Prisoner, Secret Army, Colditz, and A Man Called Intrepid. His Canadian Impressions also netted a lovely memory for one of his most famous pieces (actually almost a national air for Canada), “A la Claire Fontaine”. Those living in/near Cleveland, Ohio will remember this theme best as the theme that was use by “Barnaby” a local children’s show host. His show was always introduced by this theme for more than 30 years.

In 1962 Robert Farnon arranged and conducted Frank Sinatra’s only album recorded outside of the United States, Sinatra Sings Great Songs from Great Britain.
He also completed three full-length classical symphonies, a concerto for piano and orchestra called Cascades to the Sea and a concerto for bassoon.
The last piece he composed was titled The Gaels: An American Wind Symphony, as a commission to the Roxbury High School band in honor of the school’s mascot, the gael. The piece made its world debut in May 2006. It was performed by the Roxbury High School Honors Wind Symphony under the direction of Dr. Stanley Saunders, a close friend of Farnon.