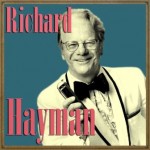 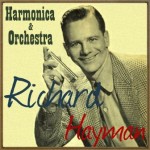 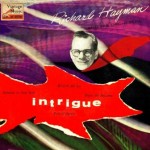 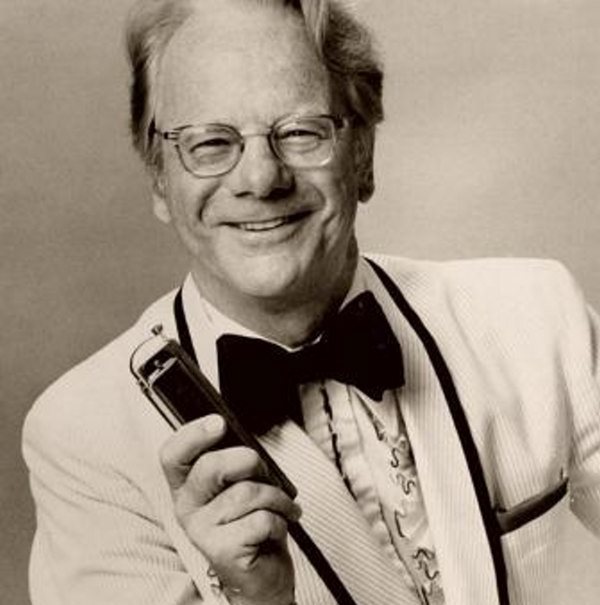 Richard Hayman (born March 27, 1920) is an American arranger, harmonica player, and conductor.
Richard Hayman started out as a player and arranger for the Borrah Minnevitch Harmonica Rascals before becoming an arranger for Metro-Goldwyn-Mayer studios during the early 1940s. He did arrangements (often uncredited) for the MGM films Girl Crazy, Meet Me in St. Louis, and Thousands Cheer. From 1945-1950, he was musical director for the Vaughn Monroe Orchestra.

In the 1950s and 60s, Richard Hayman recorded a series of albums for Mercury Records. His 1957 outing “Havana In Hi-Fi” was first in the label’s pop music stereo LP series (SR 60000).
Hayman is most famous for being the principal arranger at the Boston Pops Orchestra for over 30 years where his award-winning arrangements are still used today. He occasionally guest-conducted there, and when Arthur Fiedler had a time conflict with his job as pops conductor for the Detroit Symphony Orchestra, he recommended Hayman for the post.

Richard Hayman was also closely affiliated with the Saint Louis Symphony Orchestra for over 25 years. Known for his sequined jackets, harmonica solos, and corny jokes, he became its Principal Pops Conductor in 1976, leading both the Pops at Powell and Queeny Park concerts. Queeny Pops, with concertgoers seated at tables in the acoustically atrocious but centrally located (in the suburbs of west St. Louis County) Greenfelder Field House, was a hit for many years, and made it possible for the SLSO to offer its musicians a full 52-week annual contract.

That ended when a financial crunch in 2001, coinciding with a realization that the SLSO’s pops concerts had not changed with the times, led to the cancellation of the Queeny Pops series and a marked reduction in overall pops concerts by the orchestra.
He currently works as the Principal Pops Conductor of the Grand Rapids, Michigan Symphony and Music Director of the Florida Space Coast Pops Orchestra in Cocoa, Florida.

His biggest hit was the 1953 single “Ruby”. Richard Hayman took the theme for the motion picture “Ruby Gentry”, and through his specially stylized arrangement, utilizing a harmonica as the solo instrument with a large, quasi-symphonic orchestra, the song zoomed to the top of the hit parade all over the world and brought about a renewed interest in the harmonica.

It should also be mentioned that the flip side of the 45rpm and 78rpm single hit “Ruby” was the hit “Dansero” which also became an international favorite hit. Because of it this single sold thousands or perhaps millions of copies for several years in the early to mid 1950s worldwide.
He continued to chart into the early 1960s with titles like “Night Train”.

Richard Hayman’s latest event with the St. Louis Symphony Orchestra (he holds the title of Pops Conductor Emeritus) was on June 27, 2010 for his 90th birthday. The St. Louis Metro Singers, who have performed with him at many Pops concerts, were also on stage at the event.