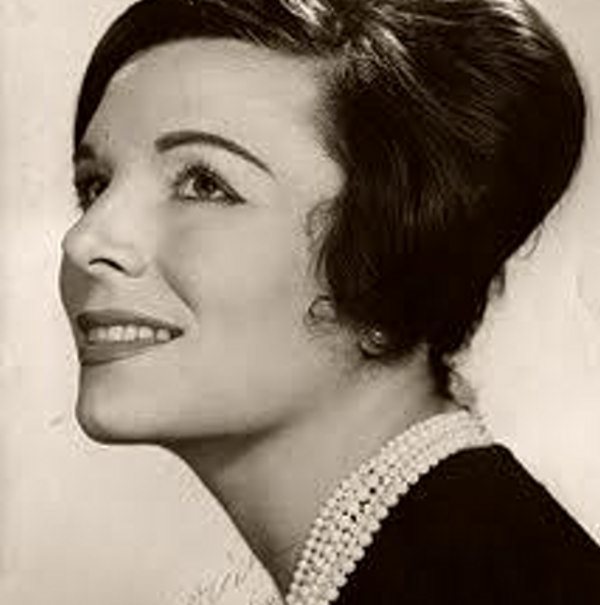 Renata Tarragó was born in Barcelona, Spain, in 1927, the second of two children of Graciano Tarragó Pons, who was a musician, composer, and teacher, and his first wife, Renata Fábregas. She studied at the Barcelona Conservatory, where her first teacher was her father. Graciano Tarragó (1892-1973), who had previously taught the soprano Victoria de los Ángeles, had studied the guitar under Miguel Llobet, and also played the violin and viola.

Renata Tarragó played guitar accompaniment (with credits on the labels) on numerous HMV 78 and LP recordings with the soprano Victoria de los Ángeles, as well as a 1948 BBC recording in London of Manuel de Falla’s La Vida Breve.

In 1958, Renata Tarragó became the first female guitarist to record Joaquín Rodrigo’s Concierto de Aranjuez, in a recording accompanied by the Orquesta de Conciertos de Madrid, conducted by Odón Alonso. She also was the first to edit the Aranjuez score for publication (1959), and Rodrigo’s esteem for her was evidenced by the dedication of his Sonata Giocosa (1960) to her. Her father, Graciano Tarragó, published the first edition of Rodrigo’s Invocation et danse in 1962.

Renata Tarragó’s repertoire ranged from music written for the viheula and Baroque guitar to that of the twentieth century. Among her solo recordings are the works of Federico Moreno Torroba, Francisco Tárrega, Fernando Sor, Gaspar Sanz, Johann Sebastian Bach, and Luigi Boccherini. In 1962, she made the first recording of Torroba’s Concierto de Castilla, accompanied by the Orquesta de Conciertos de Madrid, conducted by Jesús Arámbarri. Unlike the majority of classical guitarists, who play notes with their fingernails, Tarragó used her fingertips.

Renata Tarragó concertized widely in Europe and abroad (including South Africa and the Soviet Union), and made her U.S. debut in 1960. In 1962, she represented Spain at the International Congress of the Guitar in Tokyo, and received a Gold Medal for her performances. During a 1962 concert at New York’s Town Hall, she played both the vihuela and guitar, and the New York Times noted: “A musically sensitive performer, the beautiful Spanish artist explored the ranges of tonal subtlety and nuance.”

In the 1968 film Deadfall, she appeared onscreen playing John Barry’s Romance for Guitar and Orchestra in a concert scene, as well as on the soundtrack recording. The adagio from her recording of the Concierto de Aranjuez was used by Rex Nettleford and the National Dance Theatre Company of Jamaica for their dance piece, “Dialogue for Three.”

Among the guitarists who studied with her are Jaume Abad (one of the founders of the Barcelona Guitar Quartet), Glorianne Collver-Jacobson, Ernesto Cordero, Darryl Denning, and Michael Johnson.

Renata Tarragó was married to Dr. José Antonio Osorio Gullón. She collapsed while swimming in Caldes d’Estrac, and died on Aug. 2, 2005, in Mataró, Spain, at age 77