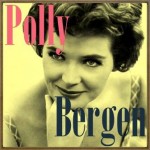 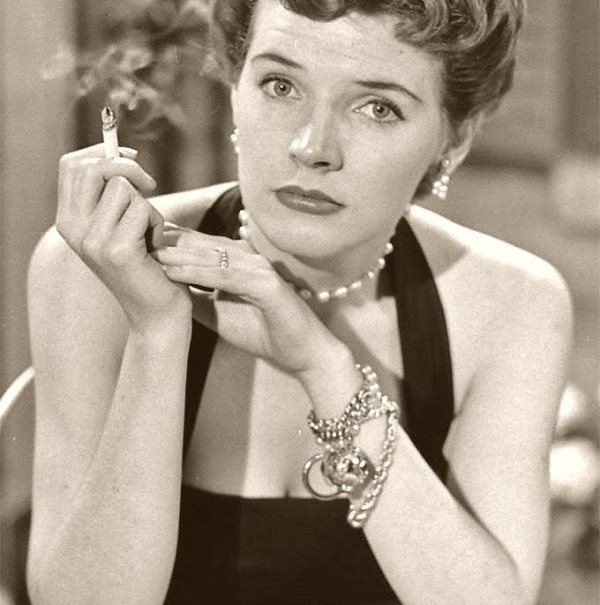 Polly Bergen appeared in many film roles, most notably in the original Cape Fear (1962) opposite Gregory Peck and Robert Mitchum. She had roles in three Dean Martin and Jerry Lewis comedy films in the early 1950s: At War with the Army, That’s My Boy and The Stooge. Later roles included Mrs. Vernon-Williams in Cry-Baby, a John Waters film.

Polly Bergen received an Emmy award for her portrayal of singer, Helen Morgan, in the episode The Helen Morgan Story of the 1950s television series Playhouse 90. Signed to Columbia Records, she enjoyed a successful recording career during this era, as well. In the 1950s she also was known as “The Pepsi Cola Girl,” having done a series of commercials for that product.

She was a regular panelist on the CBS game show To Tell the Truth, during its original run. She also appeared on the NBC interview program Here’s Hollywood.
In 1963 Bergen co-starred with Doris Day and James Garner in the film comedy, Move Over, Darling. Garner’s character marries hers when he believes his long-lost wife (Day) to be deceased, only to have her turn up.

Polly Bergen earned an Emmy nomination for her role as Rhoda Henry, wife of Capt. “Pug” Henry (played by Mitchum), in two ABC miniseries, The Winds of War and its sequel, War and Remembrance.
She starred in a 2001 Broadway revival of Stephen Sondheim’s Follies at the Belasco Theater and received a Tony Award nomination as Best Featured Actress in a Musical.

She also appeared as Fran Felstein on HBO’s The Sopranos, the former mistress of Tony Soprano’s father, and former mistress of John F. Kennedy.
From 2007 to 2011 Bergen had a guest role in Desperate Housewives as Lynette Scavo’s mother, Stella Wingfield, which earned her an Emmy Award nomination.
Polly Bergen became a semi-regular cast member of 2006’s Commander-in-Chief as the mother of Mackenzie Allen, the President of the United States, played by Geena Davis. Bergen herself had once played the first female President of the United States, as President Leslie McCloud in the 1964 film, Kisses for My President.
Another of her recent appearances came in CBS’s Hallmark Hall of Fame presentation, Candles on Bay Street (2006), in which she played the assistant to a husband-and-wife team of veterinarians.

Polly Bergen was born in Knoxville in eastern Tennessee, the daughter of Lucy (née Lawhorn) and William Hugh Burgin, a construction engineer. “Bill Bergen”, as he was later known, had singing talent and appeared with his daughter in several episodes of her 18-episode NBC comedy/variety show, The Polly Bergen Show, which aired in the 1957-1958 television season.

In 1965, Polly Bergen created the Polly Bergen Company cosmetics line. She has also created lines of jewelry and shoe brands, and has authored three books on beauty.
Polly Bergen converted to Judaism after having married Hollywood talent agent Freddie Fields, with whom she had two adopted children, Pamela Kerry Fields and Peter William Fields. She had previously been a Southern Baptist.
When not working, Bergen lives at her home in Connecticut.
Bergen’s niece is television producer Wendy Riche.