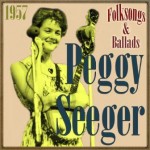 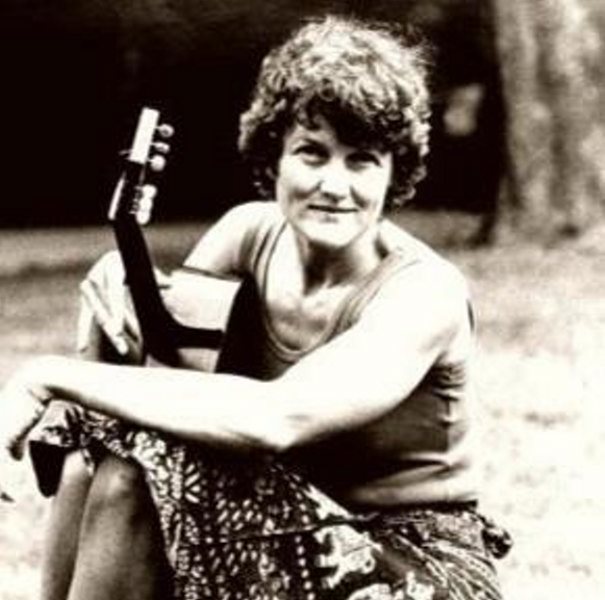 Peggy Seeger. Margaret “Peggy” Seeger (born June 17, 1935) is an American folksinger. She is also well known in Britain, where she lived for more than 30 years with her husband, the singer and songwriter Ewan MacColl.

Seeger’s father was Charles Seeger (1886–1979), an important folklorist and musicologist; her mother was Seeger’s second wife, Ruth Porter Crawford (1901–1953), a modernist composer who was one of the first women to receive a Guggenheim Fellowship. One of her brothers was Mike Seeger and the well-known Pete Seeger is her half-brother. One of her first recordings was American Folk Songs for Children (1955).

In the 1950s, left-leaning singers such as Paul Robeson and The Weavers began to find that life became difficult because of the influence of McCarthyism. Seeger visited Communist China and as a result had her US passport withdrawn. The US State Department, which had been opposed to Seeger’s trip to Moscow (where the CIA had monitored the US delegation), was incensed that Seeger had gone to China against official “advice”.

The authorities had already warned her that her passport would be impounded, effectively barring her from further travel were she to return to the US. She therefore decided to tour Europe – and later found out that she was on a blacklist sent to European governments. Staying in London in 1956, she performed accompanying herself on banjo. There she and Ewan MacColl fell in love. Previously married to director and actress Joan Littlewood, MacColl left his second wife, Jean Newlove, to become Seeger’s lover.

In 1958, her UK work permit expired and she was about to be deported. This was narrowly averted by a plan, concocted by MacColl and Seeger, in which she married the folk singer Alex Campbell, in Paris, on January 24, 1959, in what Seeger described as a “hilarious ceremony”.

This marriage of convenience allowed Seeger to gain British citizenship and continue her relationship with MacColl. MacColl and Seeger were later married (in 1977), following his divorce from Newlove. They remained together until his death in 1989. They had three children: Neill, Calum, and Kitty. They recorded and released several albums together on Folkways Records, along with Seeger’s solo albums and other collaborations with the Seeger Family and the Seeger Sisters.

The documentary film A Kind of Exile was a profile of Seeger and also featured Ewan MacColl. The film was directed and produced by John Goldschmidt for ATV and shown on ITV in the UK.

Together with MacColl, Seeger founded The Critics Group, a “master class” for young singers performing traditional songs or to compose new songs using traditional song structures (or, as MacColl called them, “the techniques of folk creation”). The Critics Group evolved into a performance ensemble seeking to perform satirical songs in a mixture of theatre, comedy and song, which eventually created a series of annual productions called “The Festival of Fools” (named for a traditional British Isles event in which greater freedom of expression was allowed for the subjects of the king than was permitted during most of the year). Seeger and MacColl performed and recorded as a duo and as solo artists; MacColl wrote “The First Time Ever I Saw Your Face” in Seeger’s honour (and did so during a long-distance phone call between the two while Seeger was performing in America and MacColl was barred from traveling to the U.S. with her due to his radical political views). None of the couple’s numerous albums use any electric or electronic instrumentation.

Whilst MacColl wrote many songs about work and against war and prejudice, Seeger (who also wrote such songs) sang about women’s issues, with many of her songs becoming anthems of the women’s movement. Her most memorable was “I’m Gonna Be an Engineer”. There were two major projects dedicated to the Child Ballads. The first was The Long Harvest (10 volumes 1966 – 1975). The second was Blood and Roses (5 volumes, 1979 – 1983). She visited the women’s camp at Greenham Common, where protests against U.S. cruise missiles were concentrated. For them she wrote “Carry Greenham Home”. Seeger ran a record label “Blackthorne” from 1976 to 1988.

After the fall of the Soviet Union, the U.S. authorities began to soften their attitude towards Seeger. She returned to the United States in 1994 to live in Asheville, North Carolina. Seeger has continued to sing about women’s issues. One of her most popular recent albums is Love Will Linger On (1995). She has published a collection of 150 of her songs from before 1998. In 2006, Peggy Seeger relocated to Boston, Massachusetts, to accept a part-time teaching position at Northeastern University. In 2008, she began producing music videos pertaining to the Presidential campaigns, making them available through a YouTube page.

Peggy Seeger identifies as bisexual and contributed an essay to Getting Bi: Voices of Bisexuals Around the World. In it she details a relationship she began with Irene Pyper-Scott after Ewan MacColl died. After nearly two decades of living in the United States, Seeger has moved back to the United Kingdom[when?] in order to be nearer to her children.

Peggy Seeger preformed “Tell My Sister” on a live tribute album to the late Canadian folk artist Kate McGarrigle titled Sing Me the Songs: Celebrating the Works of Kate McGarrigle. The album was released in June 2013.