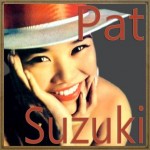 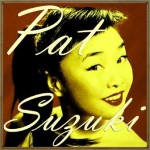 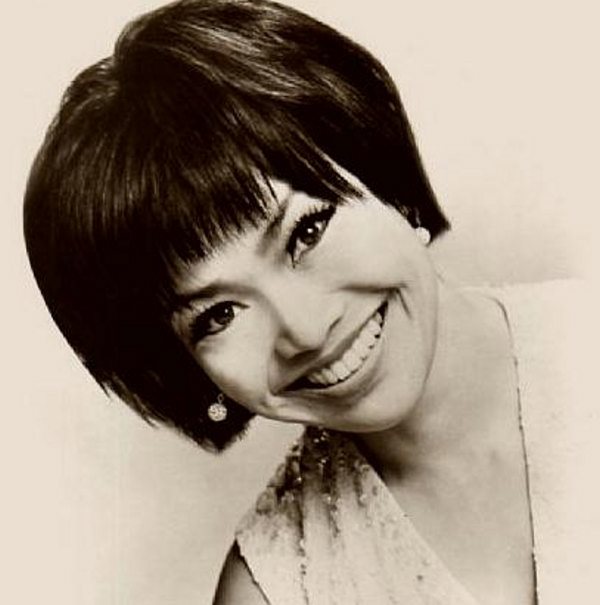 Pat Suzuki (born Chiyoko Suzuki, September 22, 1930, Cressey, California) is an American popular singer and actress, who is best known for her role in the original Broadway production of the musical Flower Drum Song, and her performance of the song “I Enjoy Being a Girl” in the show.

Pat Suzuki is a Nisei or second-generation Japanese American. She was nicknamed “Chibi”, which is Japanese for ‘squirt’, as the youngest sister.

A few months after the United States entered World War II, U.S. President Franklin D. Roosevelt forced the Suzuki family and more than 110,000 other Japanese American residents of the U.S. Pacific coast states, to evacuate their homes and enter American concentration or detention camps. The Suzukis were sent to the Granada War Relocation Center in Colorado.

During the early 1950s, she attended college at San Jose State University. After moving to New York, she obtained a part in a touring production of the play, The Teahouse of the August Moon.

She subsequently secured a singing concert in a Seattle nightclub named The Colony. Bing Crosby attended one of her shows at the club in 1957. Her singing so impressed Crosby that he helped her obtain a recording contract with RCA Victor. She recorded several albums for RCA Victor, including the 1958 album titled The Many Sides of Pat Suzuki. She also appeared on several national network television programs, including The Frank Sinatra Show on ABC.
Her recordings and television appearances helped her land a lead role in Rodgers and Hammerstein’s Broadway production of the musical Flower Drum Song in 1958. Suzuki’s rendition of “I Enjoy Being a Girl” is deemed to be the definitive recording. However, Suzuki did not appear in the 1961 film version of Flower Drum Song. Actress Nancy Kwan performed the role in the film and singer B. J. Baker dubbed her singing voice.

In 1960 Pat Suzuki was nominated for a Grammy Award in the Best Female Pop Vocal Performance category, for her album “Broadway ’59”. Also in that year she married photographer Mark Shaw; they soon had a son, David, but divorced two years later.
Suzuki’s studio haunting rendition of “How High the Moon” (music by Morgan Lewis and lyrics by Nancy Hamilton) is featured in the motion picture Biloxi Blues when Eugene Jerome (Matthew Broderick) and Daisy (Penelope Ann Miller) dance. The recording is also featured in the film Eat a Bowl of Tea.

Throughout the 1970s, Suzuki appeared regularly on stage. She played the role of Ma Eng in the off-Broadway production of Frank Chin’s The Year of the Dragon. She also appeared in Pat Morita’s short-lived television sitcom Mr. T and Tina, the first sitcom starring an Asian American family.

In 1999, Taragon Records released The Very Best of Pat Suzuki on compact disc. The compilation album contained some of her best recordings for RCA Victor, including a performance of “Love, Look Away” (music by Richard Rodgers and lyrics by Oscar Hammerstein II) from her 1959 album, Pat Suzuki’s Broadway ’59.
Her original LPs are on display at the Experience Music Project in Seattle, Washington.
Pat Suzuki continues to sing and act on stage in small and major venues such as Lincoln Center. She has actively supported Asian American civil rights.