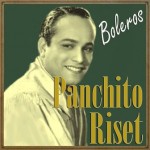 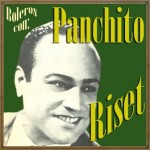 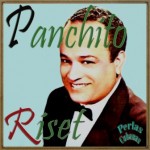 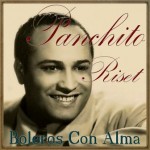 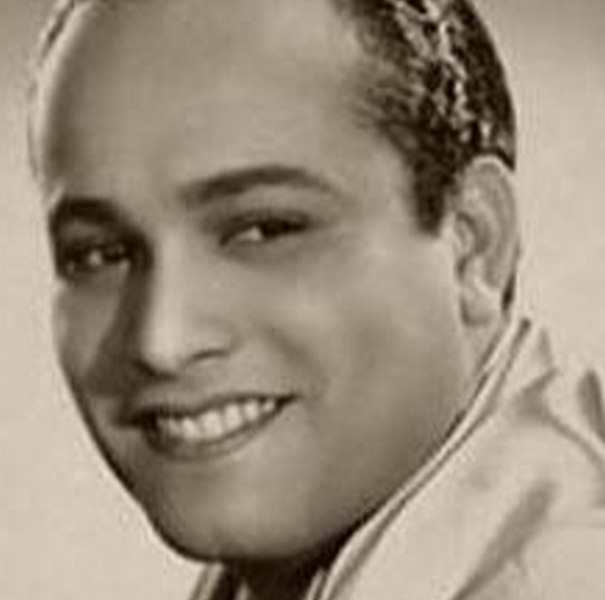 Panchito Riset, Riser Francisco Hilario, his real name, was born in Havana, Cuba, in the neighborhood of Atarés in 1910. Since childhood, he learned to play the Three, the famous Cuban guitar three double strings, and Spanish acoustic guitar, instruments that are accompanied, but gradually left them to concentrate more on singing.

Her first professional singing incurso was with Esmeralda Septet, later passing to Septeto Habanero and then the orchestra of Ismael Diaz.

In 1933, he was invited to sing with one of the most popular orchestras in New York and then moved to that city, where he sang for a time with the Orchestra of Antobal. It is with Antoval that records one of his first recordings and put him Panchito Riset seal (instead of Riser) and to not have to redo them, so they leave.

In New York, during the 30s, Francisco Riser, now Panchito Riset, sings and writes virtually all existing bands at the time: Quartet (Peter) Flores, Victoria, Caney, and with the orchestras of Xavier Cugat and Harry Burrow. Furthermore, continuously acted in cabarets fashion: Cubanacán, The Conga and Yumurí well as in California, where it was presented in 1936 at the cabaret Trovadero, while disputing the recording studios.

U.S. citizen, when World War II breaks duty calls, and Panchito Riset enlists in the army where he remained until 1943, when he deautorizan honorably, Panchito back to what he loved most, singing to his audience, which makes when it debuts in the cabaret, Versailles, where he remained for the next 18 years.

Panchito Riset, on his return from military sercicio, continued recording, preferably with groups conformed to its style, as sets of René Hernández and Luis “Lija” Ortiz, traveling sporadically through the Caribbean. In his presentations, his voice and unmistakable style, led the bolero Riset naivety, purity of expression that existed in the ’30s and never sought to innovate his style. The inviting the listener to move with him to the simple and quiet magic of 30s.

Of his style, many said that he had copied Cheíto, one of the singers of Sexteto Habanero, and if it is true that Panchito Riset, as Cheíto, sang in the sextets as requinto, ie, in a voice that stands on Chorus (voice Caíto style perfected to give a unique feature to the chorus of La Sonora Matancera), but really, what Panchito was something different and much more to all this, because Riset owned in the high register vibrato that sometimes seemed a tremor in his voice but never lost the pitch, which gave his performances an expression not only of urgency, but also sincerity. Riset Panchito’s voice was the voice of anguished love, which recognize those who bought his records, because after all, who has not felt the pangs of love?

The interesting thing about his story is that as other Cubans (Antonio Machin, Snowball and Machito, among others) who enjoyed international fame in his native Riset Panchito was not well known. Cuba had left very early age.

It was not until the ’40s that mediadios listeners of a popular radio station in Havana, Radio Cadena Suaritos began to hear a new voice that was not the soft Albuerne Fernando, the virile Daniel Santos, or the lilting of Bobby Hood, voices to which they were accustomed. This new voice was something else: very sharp but melodious singing in a style that, frankly, I was padaso of moda.Y to end, played the song that strangely began with a laugh, followed by a question and then he continued with the evocation Nostalgic loved and lost his love nest.

It was a song that seemed a tango, and actually remembered to his subject and bulín percanta “Mi noche triste”, the first tango that Gardel sang. It was a kind of tropical tango, a bolero rhythm. One such issue is believed compounds in a night out, full of memories, a lot of alcohol and overflowing inspiration. In sum, a song so sublime, as ridiculous, and as such, won the hearts of the crowds. A little, “The Cuartito” of “Mundito” Medina, in the voice of Panchito Riset, was heard everywhere saturation level.

Later, with the same acceptance, followed by “White Lilies” by Pedro Flores, which the musicologist Cristobal Diaz Ayala said that in his version, you could almost smell and “Rendezvous at six”, where listeners were put up nervous to hear how his voice as he waited for the beloved.

And so it remained for decades. As the bulwark of popular music in New York, until her health began to fail. Still, he never lost his wonderful voice.