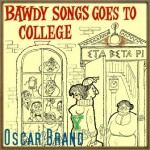 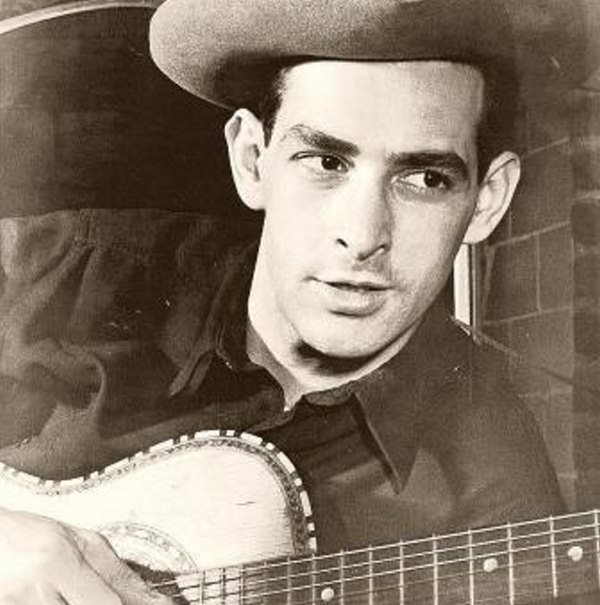 Oscar Brand (born February 7, 1920) is a folk singer, songwriter, and author. In his career, spanning over 60 years, he has composed at least 300 songs and released nearly 100 albums, among them Canadian and American patriotic songs. Brand’s music runs the gamut from novelty songs to serious social commentary and spans a number of genres.

He was born into a Jewish family in Winnipeg, Manitoba, Canada, but he moved to New York as a young man where he studied at Brooklyn College.

In his long career he has played alongside such legends of folk music as Lead Belly, Woody Guthrie, Josh White, The Weavers, and Pete Seeger. He wrote various books on the folk song and folk song collections including The Ballad Mongers: Rise of the American Folk Song, Songs Of ’76: A Folksinger’s History Of The Revolution and Bawdy Songs & Backroom Ballads, the latter comprising four volumes.

Oscar Brand is well known for writing catchy, themed, folk songs, including the eponymous theme to his initially CTV and then CBC television show “Let’s Sing Out” and the Canadian patriotic song “Something to Sing About” (actual title: “This Land of Ours”), which is one of Canada’s national songs. He collaborated on a number of musicals, most notably The Education of H*Y*M*A*N K*A*P*L*A*N (a musical version of Leo Rosten’s stories on the fictional character Hyman Kaplan), and A Joyful Noise.

He has been hosting the radio show Oscar Brand’s Folksong Festival every Saturday at 10 p.m. on WNYC-AM 820 in New York City, now going into its 66th year. The show has run more or less continuously since its debut on December 10, 1945, making it the longest-running radio show with the same host, according to the Guinness Book of World Records. The show celebrated its 60th anniversary on December 10, 2005. Over its run it has introduced such talents to the world as Bob Dylan, Joan Baez, Woody Guthrie, Arlo Guthrie, Huddie Ledbetter, Joni Mitchell, Peter, Paul & Mary, Judy Collins, Kingston Trio, Pete Seeger, and The Weavers. In order to make sure that his radio program could not be censored he has refused to be paid by WNYC for the past 65 years.

Although Brand was anti-Stalinist and was never a member of the Communist party, the HUAC committee referred to his show as a “pipeline of communism”, because of his belief in the rights under the First Amendment of blacklisted artists to have a platform to reach the public. Accordingly, in June 1950, Brand was named in the premier issue of Red Channels as Communist sympathizer, along with Paul Robeson, Josh White, and Pete Seeger.

In the early 1960s, Oscar Brand brought his substantial connections in the worldwide folk music community home to his native Canada with his CTV and then CBC television program Let’s Sing Out. The program was staged at and broadcast from university campuses across Canada and both revived the careers of long-forgotten pioneers of the folk music movement such as Malvina Reynolds, the Womenfolk, The Weavers and others and introduced then-unknown Canadian singers such as Joni Mitchell and Gordon Lightfoot. His score for the 1968 Off-Broadway show, How to Steal An Election sent up the current belief that charisma would help a candidate win. Songs included “Charisma” (sung by Calvin Coolidge) and “Down Among the Grassroots”. The album cover was decorated with election buttons including the 1968 Nixon campaign.

Oscar Brand was on the original board that created the Children’s Television Workshop (CTW), which was the genesis of the creation of the Sesame Street television show. He maintains that the organization has never achieved its original purpose, which was to reach inner-city children. His demeanor led to the creation of Oscar the Grouch. This was confirmed on March 4, 2010, by Brand’s son, Jordan Brand, who was appearing on Jeopardy!, in response to a question by Alex Trebek.

On January 18, 2010, WoodSongs Old-Time Radio Hour celebrated Brand’s upcoming 90th birthday and the 65th anniversary of his radio career before an audience from Lexington, Kentucky, where host Michael Johnathan and guest Josh White, Jr. performed with Brand and talked with him about his life. On February 7, 2010, CBC Radio’s “Sunday Edition” celebrated Brand’s life on the occasion of his 90th birthday.