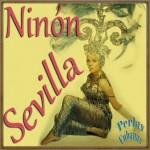 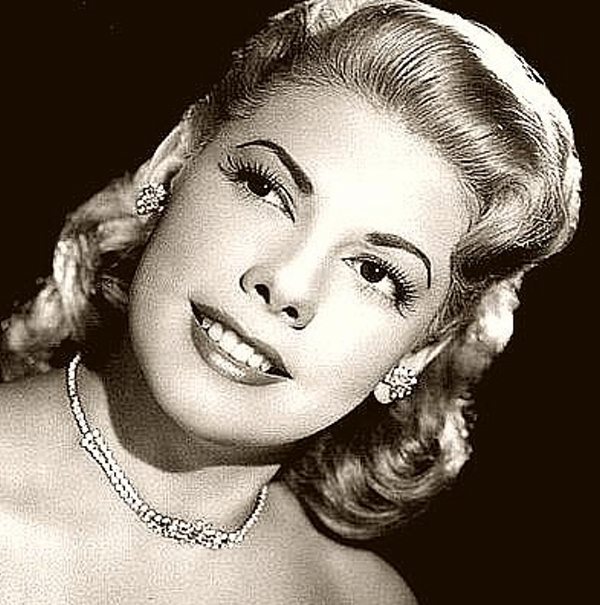 Ninón Sevilla, Emelia Pérez Castellanos (also known as Ninón Sevilla, (November 10, 1921) is a Cuban-Mexican film actress and dancer who was active during the golden age of Mexican cinema. She was considered one of the greatest Cuban stars and the principal exponent of the Rumberas film.

Ninón Sevilla was born in La Habana on November 10, 1921. She adopted her stage name in tribute to the legendary French courtesan Ninon de Lenclos. As a youth, she felt the religious vocation, and thought about becoming a missionary nun, but after she started dancing with success in nightclubs and cabarets in Cuba, she opted for a career in show business. Later, she began working in the chorus of the Cuban comedians Mimí Cal (creator of “Nananina”) and Leopoldo Fernández (the famous “Tres Patines” of Cuban radio and television).

Ninón Sevillacame to Mexico as part of a show starring Libertad Lamarque. Thanks to Sevilla and the musician Kiko Mendive, the musician Dámaso Pérez Prado also came to México and became the so-called “King of mambo”, a rhythm she helped to make popular.

On one occasion, the producer Pedro Arturo Calderón saw Ninón Sevilla on stage and offered her a contract to work in the films. Her debut in cinema was in 1946 in Carita de Cielo with María Elena Marqués and Antonio Badú. From that moment, Sevilla became the exclusive star of Producciones Calderón. She had offers from studies such as the Metro-Goldwyn-Mayer and Columbia Pictures, but she refused for not being interested in work in Hollywood.

Although from the beginning she was marked by the eccentricity of her hairdos and gowns, it was filmmaker Alberto Gout who established her as one of the erotic figures of Mexican cinema. Ninón Sevilla was consecrated by Gout’s legendary films Aventurera (1949), Sensualidad (1950), Mujeres sacrificadas (1952) and Aventura en Río (1953). Besides her films with Gout, Ninón also worked with Emilio Fernández “El Indio,” who directed her in one of the best films of their careers, the classic Víctimas del Pecado (1951); Julio Bracho in Llévame en tus brazos (1954); Gilberto Martinez Solares in Mulata (1954) and the comedy Club de Señoritas (1956); and Alfredo B. Crevenna in Yambaó (1956).

In the musical Rumberas film Ninón Sevilla internationalized the icon of the rumbera like no other of her peers: she was the perfect archetype in several films, in which a “fallen woman” was dignified through dance. She staged the many choreographies of her films, and was the first performer to introduce movements from Santeria rituals in her dances and to recognize the influence of Afro-Caribbean culture in the plots. When she was on top, she had the biggest forums, spectacular sets, dazzling costumes, first-rate technicians and alternated with great figures of Latin American cinema as Joaquín Pardavé, Andrea Palma, Fernando Soler, Pedro Armendáriz, Anita Blanch, Agustín Lara, Domingo Soler, David Silva, Rita Montaner, Ramón Gay, Tito Junco, Andrés Soler, Roberto Cañedo, Fanny Kauffman, René Cardona, Pedro Vargas, Toña la Negra, the trio Los Panchos, as well as Mendive and Perez Prado.

By 1950, Ninón Sevilla had consolidated her sex symbol status and was a superstar. Her success led to her being recognized in countries like Brazil and France. In 1955, when he wrote about film, the future great French director François Truffaut made a review of Llévame en tus brazos, in which he wrote: “Is Ninón dancing for glory? No way, never. It is quite clear Ninón is dancing for pleasure!”.

With the decline of the golden age of Mexican cinema, Ninón Sevilla retired from the industry, but returned in 1981 by the hand of Mario Hernández, who directed her the 1984 film Noche de Carnaval, for which she received the Silver Ariel Award for Best Actress of the Year.

Ninón Sevilla debuted on television in 1965 with a small role in the soap opera Juicio de almas, produced by Ernesto Alonso. After the revival of her career, she was invited in 1987 to appear in the telenovela Rosa salvaje, alongside Verónica Castro. She was cast in numerous supporting roles in several telenovelas, as Qué bonito amor (2012).

In 2014, Ninon Sevilla was the subject of a tribute from the Mexican Academy of Cinematographic Arts and Sciences and the Cineteca of Mexico for her career and influence in the Cinema of Mexico.