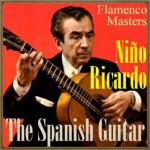 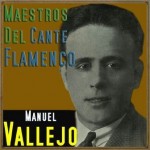 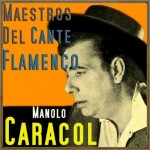 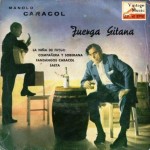 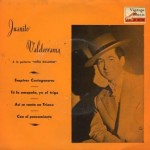 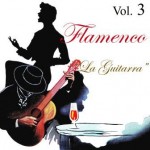 Niño Ricardo (11 July 1904-14 April 1972), born as Manuel Serrapí, was a Flamenco composer, considered by some sources[citation needed] as the most accomplished flamenco player of his day. He played a significant part in the evolution of the flamenco guitar. He lived in the city center of Sevilla. A child guitar prodigy, his early audiences referred to him as the son of Ricardo, leading to his stage-name Niño [de] Ricardo.

His career began in 1924 by accompanying La Niña de los Peines. His fingernails grew in a peculiar upward curve, a fact that influenced his playing style and tone. After a throat operation in 1945, he acquired a deep, raspy voice that is audible on recordings in which he hums along and offers encouraging remarks to the singer.

Niño Ricardo was influenced by fellow flamenco players, including: Pinto, Torre, El Niño Gloria, Escacena, and Antonio Mairena. He spent his early years playing in the taverns and bars of Seville where he developed his own personal style and created much of his own material. He was inspired by the great threesome of flamenco guitar; Ramón Montoya, Manolo de Huelva, and Javier Molina, by whom he was guided at the start of his professional career in the Salon Variedades in Seville. Ricardo recorded with many singers, including Pastora, El Carbonerillo, Mazaco, Antonio and Manuel Mairena, Fernanda y Bernarda, Caracol and Talega.

Born as Manuel Serrapí on 11 July 1904, he was one of two children. The son of Ricardo and Carmen Serrapí, he was born in southern Spain and began playing guitar as a young child. He married Lola Siguenza in his early twenties and had two children with her. He reportedly had several affairs with other women while touring, thus there are two more children he is considered to be the father of.

Niño Ricardo died of cirrhosis of the liver in 1972 at the age of 68. In 2004, celebrations of the 100 years since the birth of Niño Ricardo were held in southern Spain.