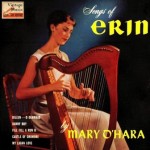 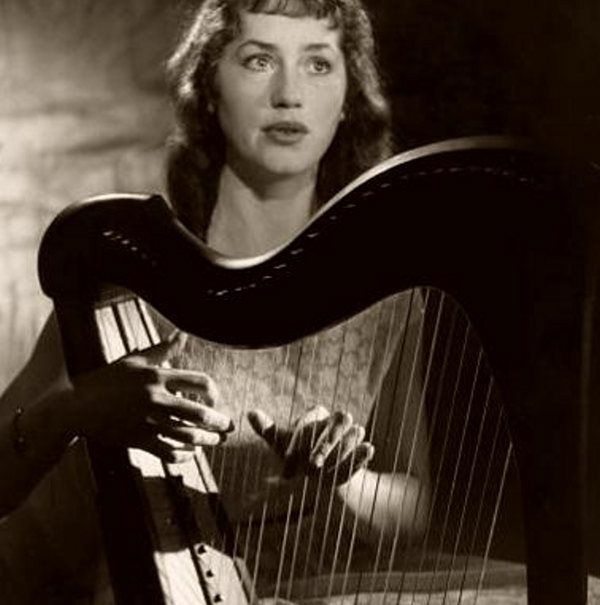 Mary O’Hara (born in Sligo on 12th May 1935) is an Irish soprano and harpist from County Sligo. O’Hara achieved fame on both sides of the Atlantic in the late 1950s and early 1960s. Her recordings of that period influenced a generation of Irish female singers who credit O’Hara with influencing their style, among them Carmel Quinn, Mary Black, and Moya Brennan, among others. In his autobiography Memoirs of an Irish Troubadour (2002) Liam Clancy wrote how O’Hara’s music inspired and influenced him and others of the Folk Revival period.

Mary O’Hara won her first competitions, Sligo’s annual Music and Drama singing competition, at the age of eight  and made  before she left school at the age of 16. She went on to perform at Edinburgh International Fringe Festival with the Dublin University Players, BBC’s Quite Contrary and The Ed Sullivan Show, before she starred in her own BBC television series. Her first recording contract was with Decca Records. Part of her extensive music career included Mary spending a considerable amount of time on the Aran Islands collecting folk music and acquiring fluent Gaelic.

She was introduced to American poet Richard Selig by Irish poet Thomas Kinsella and she married Selig in 1956. She moved to America with him where her star continued to grow. When Selig died of Hodgkin’s disease only 15 months after their marriage, Mary O’Hara continued to tour and record for four years.
In 1962, she became a nun at Stanbrook Abbey, where she lived for 12 years. Her wedding band was melted down and made into a ring to celebrate her final vows as a nun  in 1967.

Her initial speedy rise to fame was repeated in 1974 when she left the order and returned to performing. In a matter of months, she become one of the biggest international recording stars to come out of Ireland.
Her autobiography is entitled The Scent of the Roses. The title is taken from one of her favourite songs by the Irish poet Thomas Moore. Her other books include A Celebration of Love  and the coffee table book A Song for Ireland

Mary O’Hara continued her singing career for a further 16 years retiring from performing in 1994. In 1985, she re-married, to Dr Pádraig O’Toole, who was instrumental in the development of her career from 1974. They spent six years in Tanzania where Dr O’Toole taught at the Tanzania School of Journalism (University of Dar es Salaam). A musical play about O’Hara’s life, Harp on the Willow, was a great success in Australia in early 2007. Mary O’Hara completed 5 volumes of her harp accompaniments. O’Hara still travels giving talks (Travels with My Harp). Some recent talks have been at the Yeats International Summer School, Sligo (2007), the O’Carolan Festival, Knobber (2008), Northern Lights Harp Festival, Ottawa (2009), NYU (2009), Boston College (2009) and elsewhere. The Burns Library at Boston College houses her papers and held a “Mary O’Hara” exhibition ending 30 April 2010.

With her husband, she now resides part of the time in a 17th century thatched cottage in Berkshire, England, and on the Aran Islands overlooking Kilronan harbour