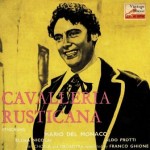 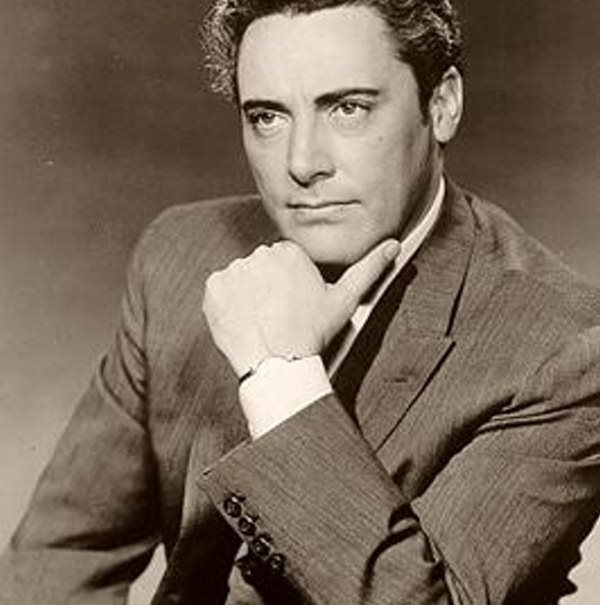 Mario Del Monaco (July 27, 1915 – October 16, 1982) was an Italian tenor, regarded by some as the greatest dramatic tenor of the 20th century.
Mario Del Monaco was born in Florence to a musical upper-class family. As a young boy he studied the violin but had a passion for singing. He graduated from the Rossini Conservatory at Pesaro, where he first met and sang with Renata Tebaldi, with whom he would form something of an operatic dream team of the 1950s. His early mentors as a singer included Arturo Melocchi, his teacher at Pesaro, and Maestro Raffaelli, who recognized his talent and helped launch his career.

That career began in earnest with Del Monaco’s debut on December 31, 1940, as Pinkerton at the Puccini Theater in Milan. (His initial appearance in an opera had occurred the previous year, however, in Mascagni’s Cavalleria rusticana in Pesaro.) He sang in Italy during the Second World War and married, in 1941, Rina Filipini. In 1946, he appeared at London’s Royal Opera House, Covent Garden, for the first time. During the ensuing years he became famous not only in London but also across the operatic world for his powerful, metallic voice. It was almost heldentenor-like in scope but Del Monaco was no Wagnerian, confining his activities overwhelmingly to the Italian repertoire.

Mario Del Monaco sang at the New York Metropolitan Opera from 1951 to 1959, enjoying particular success in dramatic Verdi parts such as Radamès. He soon established himself as one of a quartet of Italian tenor superstars who reached the peak of their fame in the 1950s and ’60s, the others being Giuseppe Di Stefano, Carlo Bergonzi and Franco Corelli. It may be argued that this was a group of superstars. Del Monaco’s trademark roles during this period were Giordano’s Andrea Chénier and Verdi’s Otello.

He first tackled Otello in 1950 and kept refining his interpretation throughout his career. It is said that he sang Otello an astonishing 427 times. However, the book published by Elisabetta Romagnolo, Mario Del Monaco, Monumentum aere perennius, Azzali 2002, lists only 218 appearances by him as Otello, which is a more realistic figure. Aptly, the tenor was buried in his Otello costume. Although Otello was his best role, throughout his career, Del Monaco sang a number of other roles with great acclaim, for example: Canio in Pagliacci (Leoncavallo), Radames in Aida (Verdi), Don Jose in Carmen (Bizet), Chenier in Andrea Chénier (Giordano), Manrico in Il trovatore (Verdi), Samson in Samson and Delilah (Saint-Saëns), and Don Alvaro in La forza del destino (Verdi).

Mario Del Monaco made his first recordings in Milan in 1948 for HMV. Later, he was partnered by Renata Tebaldi in a long series of Verdi and Puccini operas recorded for Decca. On the same label was his 1969 recording of Giordano’s Fedora, opposite Magda Olivero and Tito Gobbi.
In 1975 he retired from stage. He died in Mestre as a result of nephritis.