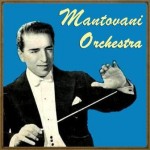 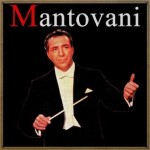 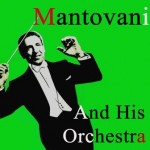 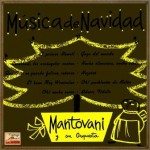 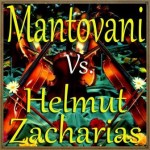 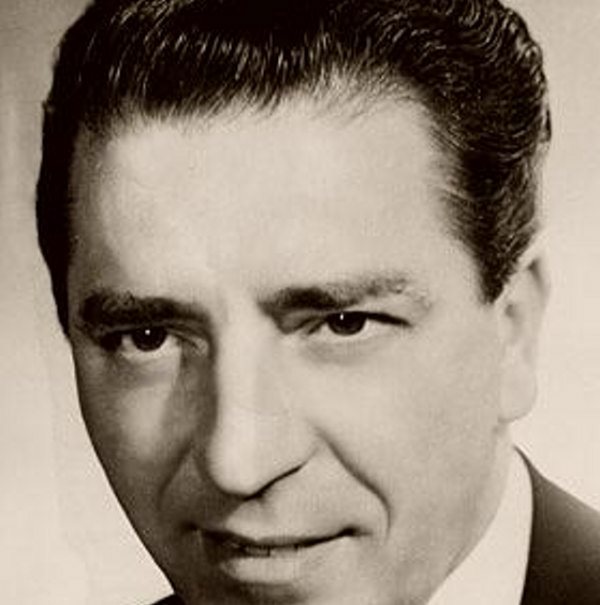 Annunzio Paolo Mantovani (Italian pronunciation: [anˈnuntsi̯o ˈpaolo mantoˈvaːni]) (November 15, 1905 – March 29, 1980) known as Mantovani, was an Anglo-Italian conductor and light orchestra-styled entertainer with a cascading strings musical signature. The book British Hit Singles & Albums states that he was “Britain’s most successful album act before The Beatles … the first act to sell over one million stereo albums and had six albums simultaneously in the US Top 30 in 1959”.

Mantovani was born in Venice, Italy into a musical family. His father, Bismarck, served as the concertmaster of the La Scala opera house’s orchestra in Milan, under the baton of Arturo Toscanini. The family moved to England in 1912, where young Annunzio studied at Trinity College of Music in London. After graduation, he formed his own orchestra, which played in and around Birmingham. He married Winifred Moss in 1934, and they had two children: Kenneth (born July 12, 1935) and Paula Irene (born April 11, 1939). By the time World War II broke out, his orchestra was one of the most popular British dance bands, both on BBC radio broadcasts and in live performances.

He was also musical director for a large number of musicals and other plays, including Noël Coward’s Pacific 1860 (1946) and Vivian Ellis’s musical setting of J. B. Fagan’s And So to Bed (1951). After the war, he concentrated on recording, and eventually gave up live performance altogether. He worked with arranger and composer Ronnie Binge, who developed the “cascading strings” effect (also known as the “Mantovani sound”). His records were regularly used for demonstration purposes in stores selling hi-fi stereo equipment, as they were produced and arranged for stereo reproduction. He became the first person to sell a million stereophonic records. In 1952, Binge ceased to arrange for Mantovani but the distinctive sound of the orchestra remained.

Mantovani recorded for Decca until the mid-1950s, and then for London Records. He recorded in excess of 50 albums on that label, many of which were Top 40 hits. His single tracks included “The Song from The Moulin Rouge”, which reached Number One in the UK Singles Chart in 1953. In the United States, between 1955 and 1972, he released more than 40 albums with 27 reaching the “Top 40”, and 11 in the “Top Ten”. His biggest success came with the album Film Encores, which attained Number One in 1957.

Similarly, Mantovani Plays Music From ‘Exodus’ and Other Great Themes made it to the Top Ten in 1961, with over one million albums sold.
In 1958, Mantovani and his family bought a holiday home in Bournemouth in Durley Chine Road, and then in 1961 acquired a new property in Burton Road (now part of Poole). He moved, finally, to a new home in Martello Road in Poole.

Mantovani starred in his own syndicated television series, Mantovani, which was produced in England and which aired in the United States in 1959. Thirty-nine episodes were filmed.
Mantovani made his last recordings in the mid-1970s. He died at a care home in Tunbridge Wells, Kent, and was cremated on 8 April 1980. His ashes are interred at Kent and Sussex Cemetery and Crematorium, Tunbridge Wells.