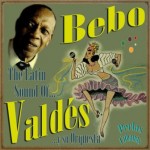 The Latin Sound Of Bebo Valdés 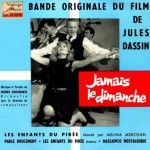 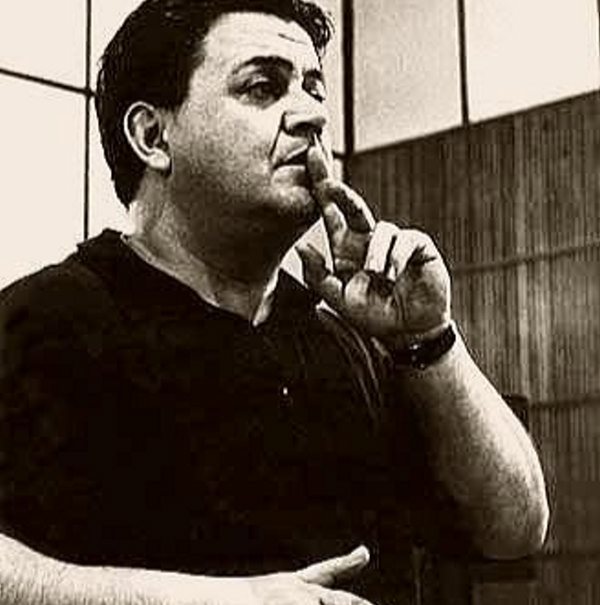 Manos Hatzidakis (October 23, 1925 – June 15, 1994) was a Greek composer and theorist of the Greek music. He was also one of the main prime movers of the “Éntekhno” song (along with Mikis Theodorakis). In 1960 he received an Academy Award for Best Original Song for his Song Never on Sunday from the self-titled movie.

His very first work was the tune for the song “Paper Moon” , from Tennessee Williams’ A Streetcar Named Desire staged by Karolos Koun’s Art Theatre of Athens, a collaboration which continued for 15 years. His first piano piece, “For a Small White Seashell” , came out in 1947 and in 1948 he shook the musical establishment by delivering his legendary lecture on rembetika, the urban folk songs that flourished in Greek cities, mainly Piraeus, after the Asia Minor refugee influx in 1922 and until then had heavy underworld and cannabis use connections and were consequently looked down upon.

Manos Hatzidakis focused on the economy of expression, the deep traditional roots and the genuineness of emotion displayed in rembetika, and exalted the likes of composers like Markos Vamvakaris and Vassilis Tsitsanis. Putting theory to practice, he adapted classic rembetika in his 1951 piano work, Six Folk Paintings, which was later also presented as a folk ballet. In 1949 he co-founded the Greek Dance Theatre Company with the choreographer Rallou Manou.

At this point he began writing immensely popular “pop” songs and movie soundtracks alongside more serious works, such as 1954’s The C.N.S. Cycle (O Kyklos tou C.N.S.), a song cycle for piano and voice recalling the German lied in its form, if not in style. In 1955 he wrote the score for Michael Cacoyannis’ film Stella, with actress Melina Mercouri, singing the movie’s trademark song “Love that became a double-edged knife”. Hatzidakis always maintained that he wrote his serious pieces for himself and his less serious ones to make a living.

In 1959, Manos Hatzidakis met Nana Mouskouri, his first “ideal interpreter”, a skilled vocalist who shaped the sounds of his music. It was 1960 that brought him international success, as his song “Never on Sunday”, from Jules Dassin’s film Never on Sunday, won him an Academy Award and became a worldwide hit.

In 1962, he produced the musical Dream Street and completed his score for Aristophanes’ Birds (Όρνιθες), another Art Theater production which caused an uproar over Karolos Koun’s revolutionary direction. The score was also used later by Maurice Béjart’s 20th Century Ballets. He also wrote the music for a song which Arthur Altman added English lyrics to and gave to Brenda Lee. The song was “All Alone Am I”. In 1964 he released the album 15 Vespers (Δεκαπέντε Εσπερινοί) with the famous song “Mr Antonis.
In 1965, his LP Gioconda’s Smile  was released on Minos-EMI.

In 2004, it was re-released, digitally remastered as an audiophile LP and a CD in the EMI Classics collection. In 1966 he travelled to New York City for the premiere of Illya Darling, a Broadway musical based on Never on Sunday, which starred Mercouri. He did not return to Greece until 1972 due to his opposition to Greece’s military dictatorship.

His LP Reflections with the New York Rock & Roll Ensemble contained several of his most beautiful songs, either in orchestral form or with English lyrics written by the band – a record that preceded fusion trends by several decades.

Manos Hatzidakis returned to Greece in 1972 and recorded Magnus Eroticus with singer Fleury Dantonaki, an opera-trained alto and singer Dimitris Psarianos. Following the junta’s overthrow, he became active in public life and assumed a number of positions in the Athens State Orchestra (KOA), the National Opera (ELS), and the National Radio (ERT). In 1985 he launched his own record company “Seirios” (Sirius). In 1988 he helped Foivos Delivorias get started in his singing career.

In 1989 he founded and directed the Orchestra of Colours (Orhistra ton Chromaton), a small symphonic orchestra.[citation needed] He assumed the role of score composer for his friend Federico Fellini’s films, following Nino Rota’s death, but the collaboration never materialized because of Hatzidakis’s mounting health problems.

He died on June 15, 1994 in Athens, aged 68, from heart disease and diabetes. His estate and archives were bequeathed to his adopted son, George Theophanopoulos-Hatzidakis. In 1999 the City of Athens dedicated Technopolis in his memory.