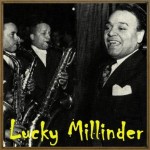 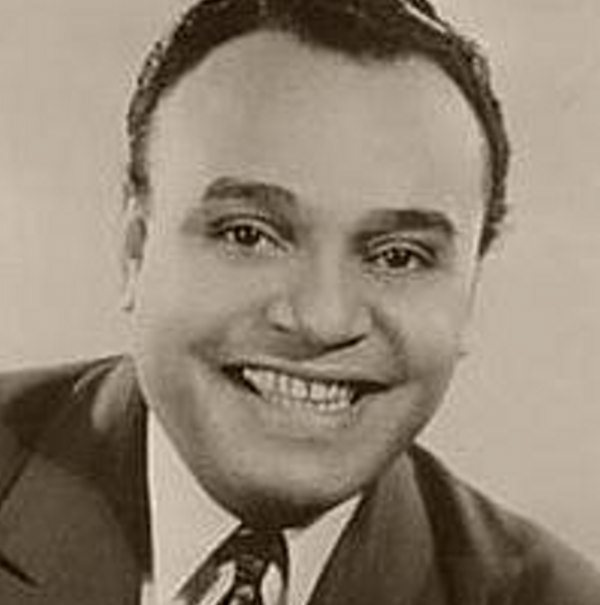 Lucky Millinder, Lucius Venable “Lucky” Millinder (August 8, 1910 – September 28, 1966) was an American rhythm and blues and swing bandleader. Although he could not read or write music, did not play an instrument and rarely sang, his showmanship and musical taste made his bands successful. His group was said to have been the greatest big band to play rhythm and blues, and gave a break to a number of influential musicians at the dawn of the rock and roll era. He is a 1986 inductee of the Alabama Jazz Hall of Fame.

Lucky Millinder was born in Anniston, Alabama, United States and was raised in Chicago, Illinois. In the 1920s he worked in clubs, ballrooms, and theatres in Chicago as a master of ceremonies and dancer. He first fronted a band in 1931 for an RKO theater tour, and in 1932 took over leadership of Doc Crawford’s orchestra in Harlem, New York City, as well as freelancing elsewhere.

In 1933, he took a band to Europe, playing residencies in Monte Carlo and Paris. He returned to New York to take over leadership of the Mills Blue Rhythm Band, which included Henry “Red” Allen, Charlie Shavers, Harry “Sweets” Edison and J.C. Higginbotham, and which had a regular slot at The Cotton Club. Around this time he also discovered singer and guitarist Rosetta Tharpe, with whom he performed for many years and first recorded with on “Trouble In Mind” in 1941.

In 1938 he teamed up with pianist Bill Doggett’s group, and by 1940 had formed a completely new orchestra, which included Doggett and drummer “Panama” Francis. He established a residency at New York’s Savoy Ballroom, and won a contract with Decca Records. Dizzy Gillespie was the band’s trumpeter for a while, and featured on Millinder’s first charted hit, “When The Lights Go On Again (All Over The World)”, which reached # 1 on the R&B chart and # 14 on the pop chart in 1942. The follow-up records “Apollo Jump” and “Sweet Slumber” were also big hits, with vocals by Trevor Bacon.

By the mid-1940s the band was drifting towards what would be known as rhythm and blues. Other band members around this time included saxophonists Bull Moose Jackson, Tab Smith and Eddie “Lockjaw” Davis, and pianist “Sir” Charles Thompson. In 1944 Millinder recruited singer Wynonie Harris, and their recording together of “Who Threw the Whiskey in the Well” became the group’s biggest hit in 1945, staying at No. 1 on the R&B chart for eight weeks and also crossing over to reach No. 7 on the US pop chart. After Harris left for a solo career, Millinder followed up with another hit, “Shorty’s Got to Go” on which he took lead vocals. Soon afterwards, Ruth Brown became the band’s singer for a short period before her own solo career took off.

In the late 1940s the band continued to remain popular and toured around all the large R&B auditoriums, although it had few chart hits for several years. In 1949 the band left Decca Records and joined first RCA Victor and then King Records, recording with singers Big John Greer and Annisteen Allen. The band’s last big hit was “I’m Waiting Just for You” with Allen in 1951, which reached No. 2 on the R&B chart and No. 19 pop.

By 1952 Lucky Millinder was working as a radio DJ as well as continuing to tour with his band, but his style was beginning to fall out of favor and the band went through many personnel changes. In 1954 he took over the leadership of the house band at the Apollo Theater for a while. He effectively retired from performing around 1955, although his final recordings were in 1960.
He became active in music publishing, and in public relations for a whiskey distillery, before dying from a liver ailment in New York City in September 1966.