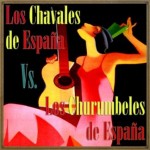 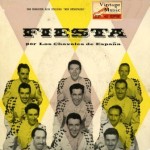 Los Chavales de España was a Spanish voice musician group created in 1940 by eleven young people from around Barcelona, ​​Spain. His beginnings were in the province of Catalonia and later achieved popularity throughout the peninsula.

They presented themselves as a multi-instrumentalist with the ability to run 26 instruments allowing them to range because of the possible combinations.
In 1948 Los Chavales de España he presented at the Tropicana in Havana, Cuba, where for four years one of the main events of the same. Parallel presentations in Mexico, Venezuela and Colombia.

They were a popular attraction in different Havana cabarets and participated in movies like “Caribbean Rhythms” under the direction of John J.Ortega, sharing scene with Rita Montaner, the Sonora Matancera, Los Panchos and Daniel Santos.
In 1952 a summer exhaust at the Waldorf Astoria in New York City and are presented flagship programs like the Ed Sullivan Show, The Bell Telephone Hour and The Red Skelton Show.

The musical arrangements were done by Manolo Palos, a pianist who served as musical director and manager of management. His singers were baritone Luis Tamayo, and the tenors Felix Knight, Pepe Lara and Louis Bonaparte, who alternated as choir and solo voice.

With a repertoire that included Pasodoble, boleros Moorish, jingles, or couplets, The kids left over 400 recorded songs like “Spain gypsy ‘,’ If you Calatayud ‘,’ Camino Verde ‘,’ Morucha” and “brown Triana” among others. The kids in Spain was a salon orchestra originally formed by Spanish Catalan instrumentalists. Its activity started in 1940. In 1948 and then went to Cuba because the Cuban revolution, to Miami. In 1955, RCA Victor released an LP entitled “Party at the Waldorf Astoria by the kids in Spain” (LP-1095) Being a salon orchestra made up of excellent musicians, the kids in Spain is easily adapted to the new winds of fashion but without abandoning musical traits of the “Spanish cliché” that made them popular in Caribbean countries where they had sat their realesLOS LADS OF SPAIN

Until one day, introduced the owner of the Tropicana in Havana with his wife Victor Correa Estrellita Romero and presented at Pasapoga
Estrellita her enthusiasm to the idea of ​​hiring the kids in Spain to take them to Havana.

There were 11 musicians. Manolo Palos, Joe Lara, Luis Tamayo. They did not use sheet music and played all the songs by heart. They were real musicians and they played more than two instruments each and combined in achieving each performance for a real show.

In 1952 Correa sells Tropicana, but remained Manager of the kids in Spain. There begin a U.S. tour to be the Chateau Madrid in New York, where they settled many years.
The orchestra was a great success. Palos Manolo died and the orchestra had its final steps.