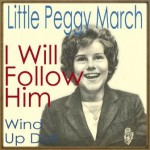 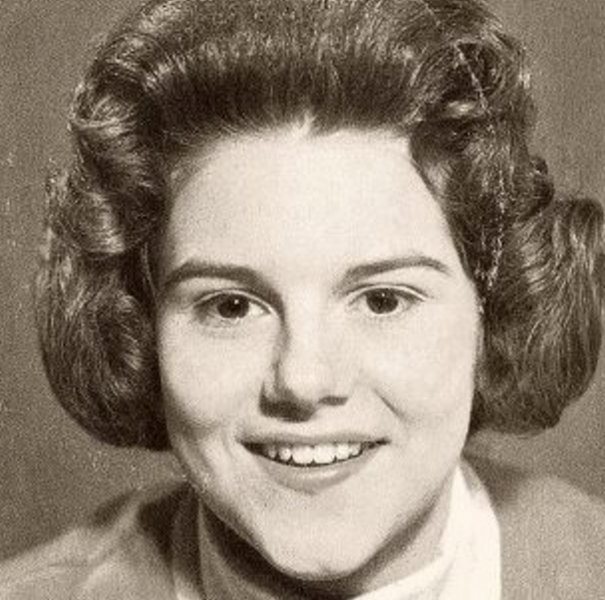 Little Peggy March (born Margaret Annemarie Battavio, March 8, 1948, Lansdale, Pennsylvania) is an American and German pop singer. She is primarily known for her 1963 million-selling song “I Will Follow Him”.

She was discovered at age thirteen singing at her cousin’s wedding and was introduced to the record producer partnership Hugo & Luigi. They gave her the nickname Little Peggy March because she was only 4 ft 9 in (1.45 m) tall, she was only 13, the record she did with them was “Little Me,” and her birthday was in March.

On April 24, 1963, her single “I Will Follow Him” soared to number one on the U.S. charts. Recorded in early January 1963 and released January 22, Little Peggy March was only 14 at the time. March became the youngest female artist with a number one hit, at 15, in late April 1963, a record that still stands for the Billboard Hot 100. The recording also took the number one spot in Australia, New Zealand, South Africa, Japan, and Scandinavia. It was a translation of the French song “Chariot” recorded a year earlier by Petula Clark.

March’s success also came with financial trouble. She was a minor and the Coogan Law prevented her parents from managing her money. The responsibility was placed on her manager, Russell Smith. It was discovered in 1966 that he had squandered the fortune away, leaving her with $500. Little Peggy March graduated from Lansdale Catholic         High School in 1966. She soon had a new manager, Arnie Harris, who later became her husband. They had one daughter, Sande, born in 1974.

Although she is remembered by some as a one-hit wonder, her singles “I Wish I Were a Princess” and “Hello Heartache, Goodbye Love” made the Top 30 in the United States, with the latter also reaching #29 on the UK Singles Chart.

She recorded 18 singles for RCA Victor between 1964 and 1971 and several albums as well, none of which charted well in the United States. She began making a strong presence in the European and Asian music markets and moved to Germany in 1969.

Her commercial success in Germany continued through much of the 1970s; she tried her luck in representing Germany in the Eurovision Song Contest in 1969, only to be placed second in the national final with the song “Hey! Das ist Musik für mich”. March made another Eurovision attempt in 1975, when she performed the Ralph Siegel composition “Alles geht vorüber” in the German national contest. Again she was placed second.

In 1979, she experimented with disco on the album Electrifying, but it failed to achieve commercial success. By 1981 record companies did not renew her contracts, and she moved back to the United States. In 1984, however, Jermaine Jackson and Pia Zadora achieved a major European hit single with the track “When the Rain Begins to Fall”, co-written by March. Although not a hit in the UK or in the US, it went to #1 in Germany, France, the Netherlands and Switzerland. In 1998, the song entered the German Top 10 again when covered by rapper Pappa Bear.

The cult film Hairspray featured “I Wish I Were a Princess” in 1988, and a retro fad in Germany brought her some continuing success starting in the mid-1990s with the album Die Freiheit Frau zu sein (1995). Her song “I Will Follow Him” was featured in the 1992 movie Sister Act. Currently she works largely in the Las Vegas music scene and has also performed at Dick Clark’s American Bandstand Theater in Branson, Missouri. In 2004 she was the headliner in Riff Markowitz’s Fabulous Palm Springs Follies at the Plaza Theater in Palm Springs, California. In 2005, she released an album of standards, Get Happy, followed by the album Meine Liebe ist stark genug (2008).

In March 2010, Little Peggy March went into the recording studio to record her first album of new, original material in English in over 30 years. A collaboration with Scandinavian songwriter and producer Soren Jensen, the album Always and Forever was released on October 13, 2010.

It was followed by a special edition for the German-speaking countries in April 2012, including two duets with the Dutch singer José Hoebee, one of them being a cover version of “I Will Follow Him”; which had also been a #1 single in the Netherlands and Belgium for Hoebee in 1982. March also recorded another version of “When The Rain Begins To Fall”, as a duet with the German singer Andreas Zaron.