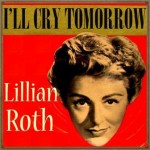 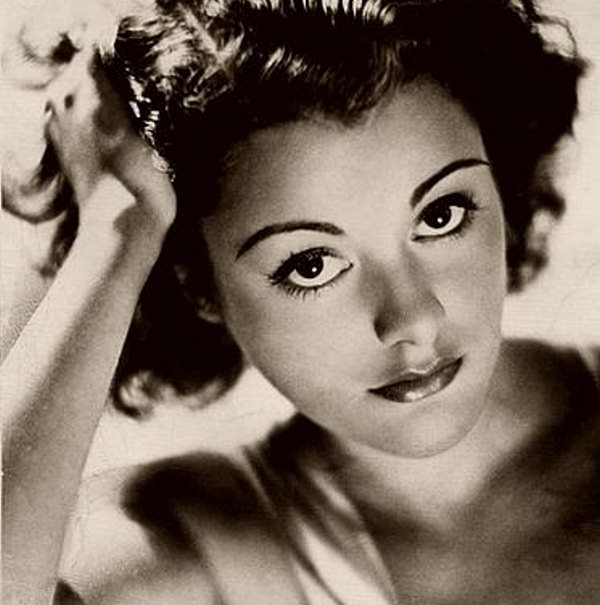 Lillian Roth was born in Boston, Massachusetts. She was only 6 years old when her mother took her to Educational Pictures, where she became the company’s trademark, symbolized by a living statue holding a lamp of knowledge. In her autobiography, she described being molested by the man who painted her as a statue.

The following year she made her Broadway debut in The Inner Man. Her motion picture debut came in 1918 in Pershing’s Crusaders as an extra. Together with her sister Ann she toured as “Lillian Roth and Co.” At times the two were billed as “The Roth Kids”. One of the most exciting moments for her came when she met U.S. President Woodrow Wilson. The President took Lillian and her sister for a ride around the block in his chauffeur driven car, after attending a performance of their vaudeville act.

Lillian Roth entered the Clark School of Concentration in the early 1920s. She appeared in Artists and Models in 1923 and went on to make Revels with Frank Fay. During production for the former show, she told management she was nineteen years of age.

In 1927, when Lillian Roth was seventeen years old, she made the first of three Earl Carroll Vanities, which was soon followed by Midnight Frolics, a Florenz Ziegfeld production.

Soon the young actress signed a seven-year contract with Paramount Pictures. Among the films she made with Paramount were The Love Parade (1929) with Maurice Chevalier, The Vagabond King (1930), Paramount on Parade (1930), Honey (1930; in which she introduced “Sing, You Sinners”), Cecil B. DeMille’s Madam Satan (1930) with Reginald Denny and Kay Johnson, Sea Legs with Jack Oakie, and the Marx Brothers second film, Animal Crackers (1930). She took over Ethel Merman’s stage role in the film version of Take a Chance, singing “Eadie Was a Lady”. After leaving Paramount, she had a supporting role in the women’s prison film Ladies They Talk About (Warner Brothers, 1933) with Barbara Stanwyck.

She headlined the Palace Theatre in New York City and performed in the Earl Carroll Vanities in 1928, 1931, and 1932. She continued to make strides as a singer in an era when so much was being set to music.

Unfortunately, her personal life was increasingly overshadowed by her addiction to alcohol. Although her parents were not stereotypical stage parents, as a response to their influence Roth came to rely too much on other people. In her books and interviews, she said she was too trusting of husbands who made key decisions concerning her money and contracts.

Lillian Roth was out of the limelight from the late 1930s. Roth’s personal and spiritual feelings led her to convert to Catholicism in 1948. Friends accused her of forsaking Judaism; however, in her autobiography, I’ll Cry Tomorrow (1954), Roth observed that although her parents had believed in God, she and her sister had not been brought up religiously. Roth declared that she was so inherently Jewish that she could not really forget her heritage and thought that she was “the richer” because of it. In 1953 she appeared on a special episode of the TV series This Is Your Life with Ralph Edwards. In response to her honesty in relating her story of alcoholism, she received more than forty thousand letters. Her theme song, which she began singing as a child performer, was “When the Red, Red Robin (Comes Bob, Bob, Bobbin’ Along)”.

In 1962, she was featured as Elliott Gould’s mother in the Broadway musical I Can Get It for You Wholesale, in which Barbra Streisand made her Broadway debut. Despite the acclaim for Streisand, producer David Merrick realized that Roth’s name still sold tickets, and he elevated her to above-title star billing after the show’s opening, with Gould, Streisand and Sheree North listed below. Roth remained with the show for its full run of 301 performances and recorded the cast album for Columbia Records.

She was also featured as Mrs. Brice in the national touring company of Funny Girl in 1964, again getting top billing, though a feud with co-star Marilyn Michaels led to her being brought up on charges by Actors Equity. She was signed for a non-singing role in Neil Simon’s comedy The Prisoner of Second Avenue, but was replaced prior to the opening.

Lillian Roth was married at least five times, to aviator William C. Scott (“Willie Richards”), Judge Benjamin Shalleck, Eugene J. Weiner (“Mark Harris”), Edward Goldman (“Vic”), and Thomas Burt McGuire. Prior to her marriages, she was engaged to David Lyons, who died of tuberculosis. She divorced her first husband in 1932 after 13 months of marriage (as per Pittsburgh-Post Gazette, May 6, 1932).
In 1955, she met her last husband, Thomas Burt McGuire, scion of Funk and Wagnalls Publishing Company at an Alcoholics Anonymous meeting. (Roth joined Alcoholics Anonymous in 1946.) The two wed and McGuire managed Roth until September 1963, when she received a note from him stating that their marriage was finished. According to Roth, he left her penniless after withdrawing all funds from their joint bank account.[citation needed]

In 1970, Lillian Roth was sharing a penthouse on Manhattan’s West Fifty-Eighth Street. Her fellow occupants were another woman, three poodles, a police dog, a chihuahua, and three dachsunds. Her last employment included work as a bakery employee, hospital attendant, and package wrapper and she cut pies at the Automat.
In 1971, however, she made a triumphant return to Broadway in the Kander and Ebb musical 70, Girls, 70, which despite its short run was recorded by Columbia and has remained a popular cast album. She also returned to feature films, which she had left in 1934, to play a pathologist in the cult horror classic Alice, Sweet Alice (also known as Communion) in 1976. Her last film was Boardwalk, with Lee Strasberg, Ruth Gordon and Janet Leigh (1979). A successful concert at Town Hall was released as an album by AEI Records after her death. One of her final appearances was in a well reviewed club act at the legendary NYC nightclub, Reno Sweeney