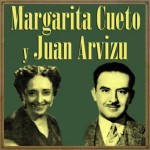 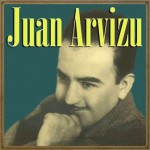 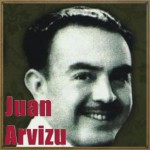 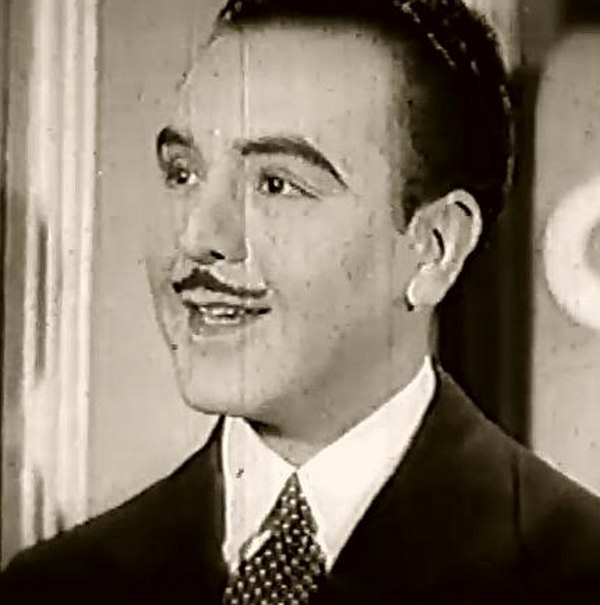 Juan Arvizu, Juan Nepomuceno Arvizu Santelices (May 22, 1900 – November 19, 1985), Mexican singer christened the “The Tenor with the Silk Voice,” was born in the city of Querétaro, Mexico, on the 22nd day of May of 1900, in the home of Pedro Arvizu and Trinidad Santelices. In 1922 he traveled to the Mexican capital where he enrolled in the National Conservatory of Music to study theory and harmony under the direction of Maestro José Pierson. He debuted in 1924 in the Esperanza Iris Theater in the company of Consuelo Escobar and Angeles Ottein. Two years later he makes his first recording inroads for the Brunswick label with the songs, Varita de Nardo and Ventanita Morada de Joaquin Pardavé.

Juan Arvizu began singing in the Orfeón Infantil directed by Antonio González, in Queretaro. While he helped his parents as a telegraph operator, Arvizu dedicated his free time to the study of singing, especially theory and harmony, in the National Conservatory of Music. His artistic talents drew the attention of various musical directors, among them Maestro José Pierson who helped propel his career. Juan Arvizu, like other singers of the era, began singing opera. Arvizu debuted with the Pierson Opera Company sharing the stage with the famous Spanish soprano, Angeles Ottein.

As previously mentioned, his first performance took place in the Iris Theater, with another work entitled “Lo Sonámbula” (“Sleepwalker”). Pepe Cantillo, who operated one of the most famous magazines in Mexico, included Juan Arvizu in his group. His tremendous performances in the Lyric Theater drew the attention of the recording industry.

In those days, the genre of popular music was gaining much favor. Operatic artists, such as Margarita Cueto, Pedro Vargas, Juan Pulido, Carlos Mejia, José Mojica, Tito Schipa, among others, ventured into this other less formal world of music with great success. Juan Arvizu was not an exception, recording with the Brunswick music label in 1928.

His first work, “Varita de Nardo,” from Maestro Joaquín Pardave, received a very positive reaction from the public. RCA Victor included him in their exclusive line-up of artists beginning one of the most prolific careers in popular music. Composer Jorge del Moral trusted him with one of his works, “Por Unos Ojos.” The versatility of his voice and his musical qualities earned him the nickname “The Tenor with the Silk Voice.” From that moment on, Arvizu knew only success.

Due to his popularity, in 1930, radio station XEW invited Juan Arvizu to inaugurate its first radio transmission. This would not be the first time that “The Tenor with the Silk Voice” would receive like honors. Arvizu would have the opportunity to inaugurate other stations of renown, for example, the LR1, World Radio of Buenos Aires, and in 1942, Columbia Broadcasting’s Network of the Americas. However, one of his greatest successes was discovering one of the greatest Mexican composers, Agustin Lara.

During the decades of the twenties and thirties, the tango was very popular in Mexico. Arvizu premiered many of those songs in the musical revue of Pepe Cantillo. In one of those performances, the celebrated singer contracted with, for purposes of accompanying him, an unknown and unconventional pianist who worked in the mundane Café Salambo.

That pianist, with his earthy songs, sensuous and sentimental, so moved the already-famous Arzivu, that he, virtually on his own, propelled him to fame. Among other compositions of Agustín Lara were “María Bonita” and “Madrid.” Works of this composer, which were immortalized by Arvizu, were “Santa”, “Granada”, “Cuando Vuelvas”, “Tus Pupilas”, “Enamorada”, “Aventurera”, “Concha Nacar”, among others. In the beginning, Agustin Lara was a tangosist, but his songs lacked the elegant accompaniment of the tango orchestras and as a result his compositions were classified within the genre of indigenous music. Performances by the duet of Lara-Arzivu on XEW were almost mythic. Lara’s musical style was a reaction to the invasion of the Argentinian tango.

Juan Arzivu’s fame had already surpassed frontiers. In 1935 the singer realized his first international tour. In Buenos Aires he inaugurated World Radio but his stay in Argentina which was scheduled for two months only extended to a year and a half. It was a triumphant season for Juan Arzivu. This feat was repeated as he completed his contract in New York with RCA Victor.
Juan Arzivu’s best year of his career was in 1944. In Argentina alone, the singer collected sixty thousand dollars. The public was overflowing in the cafes and other locations where he performed.