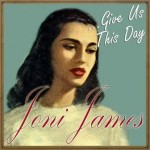 Joni James … Give Us This Day 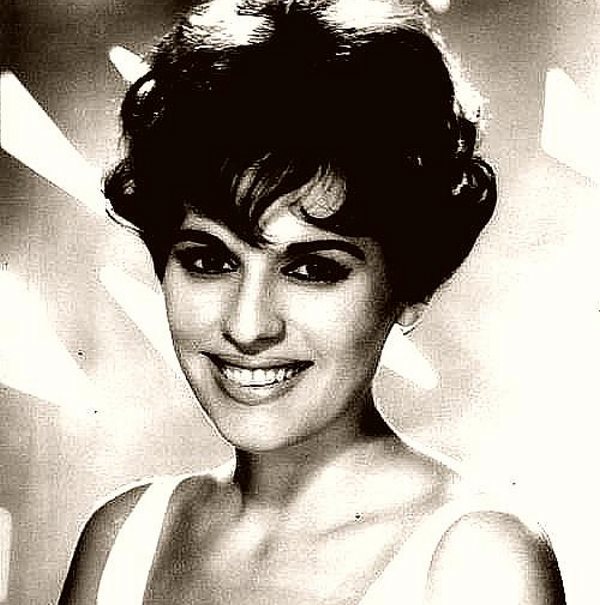 Joan Carmella Babbo was born to an Italian-American family in Chicago, one of six children supported by her widowed mother. As an adolescent, she studied drama and ballet, and on graduating from Bowen High School, located in the South Chicago neighborhood, went with a local dance group on a tour of Canada. She then took a job as a chorus girl in the Edgewater Beach Hotel in Chicago.

After doing a fill-in in Indiana, she decided to pursue a singing career. Some executives at Metro-Goldwyn-Mayer (MGM) spotted her in a television commercial, and she was signed by MGM in 1952. Her first hit, “Why Don’t You Believe Me?” sold over two million copies. She had a number of hits following that one, including “Your Cheatin’ Heart” (a cover of Hank Williams’ hit) and “Have You Heard?”.

She was the first American to record at London’s Abbey Road Studios, and recorded five albums there. She was also very popular across parts of the Asia-Pacific region, particularly in the Philippines where she performed at Manila’s now defunct EM Club in 1957. She also scored a big hit in Manila with Filipino composer Salvador Asuncion’s work entitled “In Despair.”

Joni James married composer-conductor Tony Acquaviva at St. Patrick’s Cathedral in New York in 1956. In 1964 she retired from the music industry in part because Acquaviva was in bad health and needed her attention. She cared for him until his death in 1986.

In 1986 she met, and on October 5, 1997, she married retired Air Force General Bernard Adolph Schriever, 20 years her senior, the leader of the crash program that developed U.S. ballistic missiles — both ICBMs and IRBMs in 1953-1962. They honeymooned in France and the Greek Isles, then took up residence in Schriever’s home in northwest Washington, D.C. Schriever died on June 20, 2005, at the age of 94.

For many years she was out of the public eye, but began touring again in the mid-1990s some years after she was widowed, performing memorable concerts at New York’s Town Hall, Carnegie Hall and Avery Fisher Hall.

In October 2001, just a few weeks after 9/11, she appeared at the Academy of Music in Philadelphia, accompanied by the Count Basie orchestra. The streets of the city were still lined with armed soldiers, and she was a guest of honor at the American Film Institute’s Life Achievement Tribute to Barbra Streisand. With her renewed popularity, nearly her entire body of work was released on the Capitol-EMI, DRG and Taragon labels under her personal supervision and in 2000 she released a brand-new recording, “Latest and Greatest”.

For her contributions to the entertainment industry, James has a star on the Hollywood Walk of Fame.