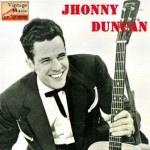 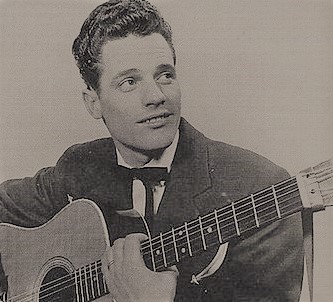 Johnny Richard Duncan (October 5, 1938 – August 14, 2006) was an American country singer. In his career, he released fourteen studio albums, including thirteen on Columbia Records. These albums produced more than thirty chart singles, with three of those reaching Number One: “Thinkin’ of a Rendezvous” and “It Couldn’t Have Been Any Better”, and “She Can Put Her Shoes Under my Bed (Anytime)” from 1976, 1977, and 1978 respectively. Seven more of his singles were Top Ten hits.

Johnny Duncan was born in Dublin, Texas. Before he went to Nashville, Tennessee, Duncan attended TCU (Texas Christian University) in Fort Worth, Texas. He then spent a few years in Clovis, New Mexico. He was a cousin of Dan Seals, who was also a major country performer.

Duncan’s early life was steeped in West Texas music. He picked this up naturally as a boy listening to his mother play rhythm guitar in his uncle’s country band. Later, he began sharpening his vocal skills, influenced by his early idols Eddy Arnold, Perry Como, Jim Reeves, and Frank Sinatra. Johnny was born into a musical family. He is very proud of his talented and famous cousins, including Eddie Seals, Jimmy Seals of Seals & Crofts, and country singer Dan Seals. “He knew when he was 12 years old that playing music and singing songs was going to be his life,” said his wife, Connie Duncan, 54.

“He grew up here in a small country town and loved music,” Jim Harrell said. “His mother played herself and a lot of his cousins played with him.” (Jim Harrell, owner and funeral director of Harrell Funeral Home in Dublin, which handled arrangements for his funeral) His cousins became famous as well – Jimmy Seals of Seals & Crofts and country singer Dan Seals.
After playing and singing with his musically-gifted family for a few years, he decided to move where the bigger action was—Nashville, Tennessee.

In Franklin, Tennessee, Duncan worked as a DJ and performed on local morning TV shows. He began to record for Columbia Records in the late 1960s.

Between 1967 and 1973, Duncan’s recordings never reached the top 20 until “Sweet Country Woman” entered at number six.
Duncan performed duets with Janie Fricke in the 1970s, many of which were highly successful. Their songs “Stranger” and “Thinking of a Rendezvous” (both 1976); “It Couldn’t Have Been Any Better” (1977); and “Come A Little Bit Closer” (1978, a remake of the song first made popular by Jay and the Americans) were the most successful. In fact, “Thinking of a Rendezvous” and “It Couldn’t Have Been Any Better” both went to No. 1 on the Billboard Hot Country Singles chart, as did Duncan’s solo 1978 single “She Can Put Her Shoes Under My Bed Anytime”.

Duncan’s string of Top 10 hits continued into 1979 – most notably a cover of Johnny Rivers’ “Swayin’ to the Music” (released by Duncan as “Slow Dancing”) and “The Lady in the Blue Mercedes” – and he even enjoyed another Top 20 hit with Fricke in 1980 with a duet version of Michael Jackson’s “She’s out of My Life”. His star power faded in the early 1980s with changing musical tastes, although his biggest songs were popular country radio recurrents through the late 1980s and early 1990s.