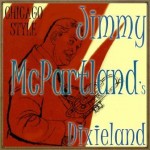 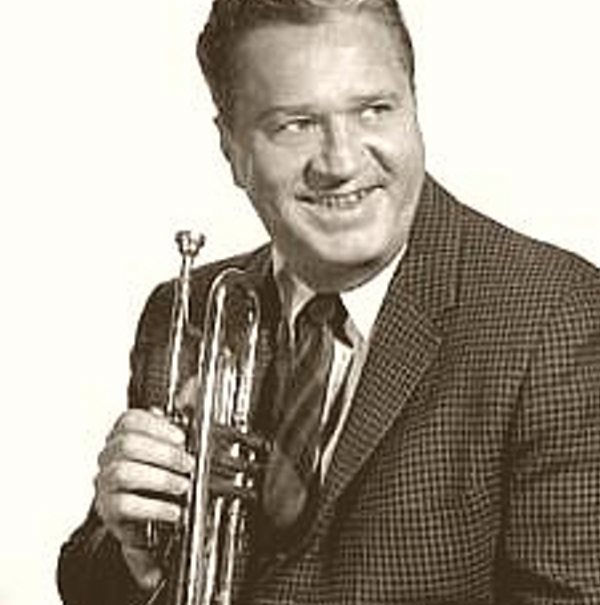 Jimmy McPartland was born in Chicago, Illinois. His father was a music teacher and baseball player. Family problems caused Jimmy and his siblings to be partly raised in orphanages. After being kicked out of one orphanage for fighting, he got in further trouble with the law. Fortunately, he had started violin at age 5, then took up the cornet at age 15.

He credited music with turning him around. He confessed that if it weren’t for music, he probably would have been “a hoodlum”.
Jimmy McPartland was a member of the legendary Austin High Gang with Bud Freeman (tenor sax), Frank Teschemacher (clarinet), brother Dick McPartland (banjo/guitar), brother-in-law, Jim Lanigan (bass, tuba and violin), Joe Sullivan (piano) and Dave Tough (drums) in the 1920s. They were inspired by the recordings they heard at the local malt shop, The Spoon and Straw. They would study and try to duplicate what they heard on recordings by The New Orleans Rhythm Kings and others, and would frequently visit with Louis Armstrong, only a few years their senior, and King Oliver’s Creole Jazz Band at Lincoln Gardens.

After playing through high school, their first musical job was under the name The Blue Friars. In 1924, at age 17, McPartland was then called to New York to take Bix Beiderbecke’s place in the Wolverine Orchestra. Bix quietly sat in the back of the club during the audition, later revealing himself with the compliment, “I like ya, kid. Ya sound like me, but you don’t copy me.” They became friends and roomed together while Bix gave McPartland pointers. At that time, Bix picked out a cornet for McPartland that he then played throughout his career.

From 1926 to 1927, he worked with Art Kassel. Also in 1927, he was a part of the historic McKenzie-Condon’s Chicagoans recording session that produced “China Boy” and “Nobody’s Sweetheart”. Finally, in 1927 he joined Ben Pollack’s band for 2 years, and was one of the main soloists (along with Benny Goodman, Bud Freeman, Jack Teagarden and Glenn Miller). He played on the 1928 recording of “Room 1411” which was composed by Glenn Miller and Benny Goodman as part of Bennie Goodman’s Boys and released as Brunswick 4013. He also moonlighted in Broadway pit bands. McPartland then went to New York City, and played with a number of small combos. He co-wrote the song “Makin’ Friends” with Jack Teagarden.

In 1930, he moved back to Chicago, working with his brother Dick, in a group called “The Embassy Four.” He was then a bandleader/singer/master-of-ceremonies at The Three Deuces nightclub. He also worked with Russ Columbo (1931–1932) and the Harry Reser band (1933–1935). During this period, he married singer Dorothy Williams, who along with her sister Hannah (who later married boxer Jack Dempsey), performed as “The Williams Sisters”, and they had a daughter, Dorothy. They soon divorced and McPartland spent time in South America. From 1936-1941, McPartland led his own bands and joined Jack Teagarden’s Big Band until he was drafted in the Army during World War II (1942–1944).

After participating in the Invasion of Normandy, McPartland met his future wife in Belgium, the English pianist Margaret Marian Turner. They married in Aachen, Germany and moved back to Chicago, where Jimmy appeared on Windy City Jamboree, before finally settling in New York. Soon, Jimmy McPartland was part of Willie ‘The Lion’ Smith’s band (along with Jimmy Archey, Pee Wee Russell, George ‘Pops’ Foster, and George Wettling), which won a Grammy for their soundtrack to the 1954 film After Hours.
McPartland proudly introduced his new bride around the New York jazz scene, but knew that Marian’s future didn’t lie in playing traditional jazz. He encouraged her to develop her own style and form her own group, which led to the establishment of her long residency at the Hickory House, with a trio including drummer Joe Morello.

McPartland’s outgoing personality and stage presence led him to try his hand at acting, resulting in a featured role in The Alcoa Hour episode “The Magic Horn” in 1956 with Sal Mineo, Ralph Meeker, and other well-known jazz musicians. He also later performed in a production of Show Boat.
In 1961, Jimmy McPartland appeared on a DuPont Show of the Month musical extravaganza hosted by Garry Moore, called “Chicago and All That Jazz” featuring many great names in jazz, including Gene Krupa, Jack Teagarden, Eddie Condon, Pee Wee Russell, and Lil Armstrong.

McPartland performed as guest star with many bands and at festivals during the 1970s in the US and out of the country. The McPartlands divorced in 1970. However, they continued to work together, stayed friends, and remarried just a few weeks before Jimmy’s death.
In 1984, a surprise 77th birthday celebration in New Jersey was thrown for McPartland by friend and trombonist Chuck Slate III with a great band including Chuck, McPartland, Dick Wellstood, Sonny Igoe, Frank Tate, Jorge Anders and Marian playing a set. McPartland played great and was very touched by the full audience of his fans.