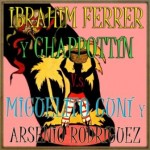 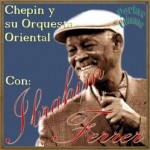 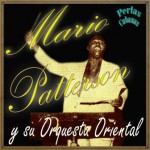 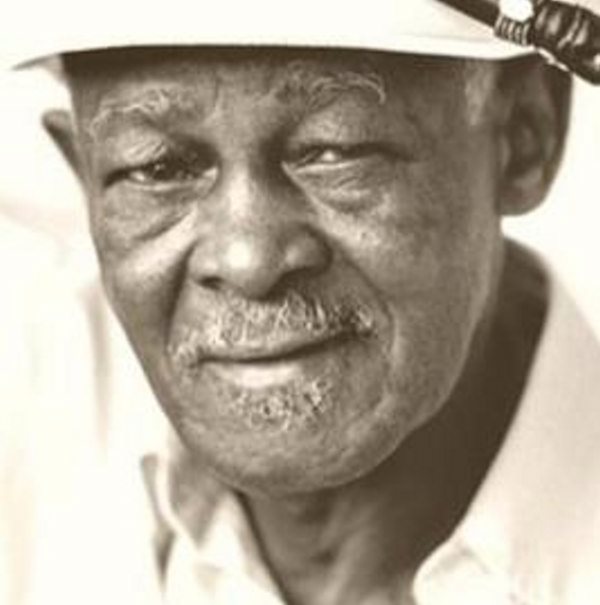 Ibrahim Ferrer (February 20, 1927 – August 6, 2005) was a popular Afro-Cuban singer and musician in Cuba. He performed with many musical groups including the Conjunto Sorpresa, Orquesta Chepin-Choven and Afro-Cuban All Stars. Later in life, Ferrer became a member of the internationally successful Buena Vista Social Club.Ibrahim Ferrer was born at a dance in San Luis, near the city of Santiago de Cuba. His mother died when he was 12, leaving him orphaned and forcing him to sing on the streets (busk) to earn money. The next year, Ferrer joined his first ever musical group—a duet with his cousin—called Jovenes del Son (Spanish: Youths of Rhythm). They performed at private functions and the two youths managed to scrape together enough money to live.Over the next few years, Ferrer would perform with many musical groups, including Conjunto Sorpresa and Orquesta Chepin-Choven.The leader of the latter composed one of Ferrer’s biggest hits, El Platanal de Bartolo.Ibrahim Ferrer was an adherent of the Santería faith, a blending of traditional African religions and Catholicism.In 1953 Ibrahim Ferrer began performing with Pacho Alonso’s group in Santiago, Cuba. In 1959 the group moved permanently to Havana, renaming themselves Los Bocucos, after a type of drum widely used in Santiago.

With Alonso, Ibrahim Ferrer primarily performed son, guaracha and other up-tempo songs. However, he yearned to sing boleros. It was not until almost 40 years later, with the release of Ry Cooder’s Grammy Award winning Buena Vista Social Club recording in 1997, that Ferrer’s talent as a bolero singer would become widely known.

In 1996, Ibrahim Ferrer took part in the World Circuit sessions, when it was announced that an old-style bolero singer would be required. In that year, he recorded the album A Toda Cuba le Gusta with the Afro-Cuban All Stars, an album nominated for a Grammy Award.

In 1998 he recorded an album for the Cuban label EGREM, Tierra Caliente: Ibrahim Ferrer con Los Bocucos which includes Ferrer’s voice, band leader Roberto Correra’s arrangements and lead trumpet, and the Bocucos’s accompaniment. The album is in the style of son-jazz big band fusion.

In 1999 Ry Cooder recorded Ferrer’s first solo album. In 2000 Ferrer, at the age of 72, received a Latin Grammy for Best New Artist. In 2001 he appeared on the track “Latin Simone” on the self-titled debut album of virtual-band Gorillaz.

In 2004 Ferrer won a Grammy, but was denied permission by the U.S. government to enter the U.S. to receive his award under a U.S. law designed to prohibit entry by “terrorists, drug dealers and dangerous criminals.” Ibrahim Ferrer, who had been granted entry previously in order to perform in concert, was dumbfounded by the decision, stating, “I don’t understand because I don’t feel I’m a terrorist. I am not, I can’t be.”

Ferrer’s last recording was Mi Sueño, an album devoted to the bolero. It was released, posthumously, in 2006.

Ibrahim Ferrer died at age 78 of multiple organ failure on August 6, 2005 at CIMEQ hospital in Havana (Cuba) after returning from a European tour. He was buried in the Colón Cemetery, Havana. In 2005, Gorillaz made a tribute to him playing the song he featured: Latin Simone.