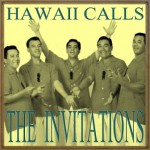 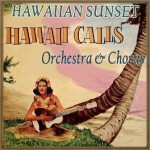 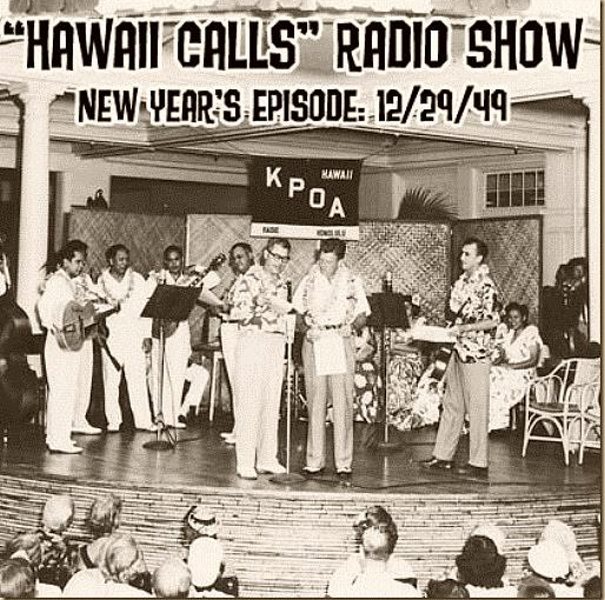 Hawaii Calls was a radio program that ran from 1935 through 1975 that featured live Hawaiian music conducted by Harry Owens, the composer of “Sweet Leilani”. It was broadcast each week, usually from the courtyard of the Moana Hotel on Waikiki Beach but occasionally from other locations, and hosted by Webley Edwards for almost the entire run.

The first show reached the West Coast of the continental United States through shortwave radio. At its height, it was heard on over 750 stations around the world. However, when it went off the air in 1975, only 10 stations were airing the show. Because of its positive portrayal of Hawaii, the show received a subsidy for many years—first from the government of the Territory of Hawaii, and then from the State of Hawaii. The termination of the subsidy was one of the reasons that the show went off the air.

Hawaii Calls is credited with making many Hawaiian performers household names across the US and around the world. Among the regulars of Hawaii Call were Alfred Apaka, John Kameaaloha Almeida, Haunani Kahalewai, Nina Keali’iwahamana, Boyce Rodrigues, Lani Custino, and Pua Almeida. Other well known Hawaiian performers such as Martin Denny, Hilo Hattie, Ed Kenny, Benny Kalama, hula dancer Beverly Noa and Arthur Lyman also made appearances. The show also occasionally featured performers from other parts of the world who sang or played Hawaiian music.
Each show opened with the sounds of the pounding surf and the enthusiastic bounding voice of Webley Edwards proclaiming, “The sound of the waves on the beach at Waikiki.”

During the height of the show’s popularity (1950s and into the late 1960s/early 1970s) Webley Edwards served the role of producer of numerous records, released on the Capitol Records label, under the title of “Webley Edwards present Hawaii Calls.” The albums contained renditions of popular Hawaiian and hapa haole songs as arranged by the “Hawaii Calls” musicians. In addition to appearing on the many “Hawaii Calls” albums, many of the stars of “Hawaii Calls” also enjoyed successful careers as solo artists

In 1992, “Hawaii Calls” was revived for a one-year run at the Hilton Hawaiian Village, but it failed to attract enough financial support to continue. A one-night “Hawaii Calls” show that combined live performances and archival audio and video material was presented at the Hawaii Theater in Honolulu, Hawaii on Friday, November 14, 2008. The show was co-produced by Burton White, Artistic Director of the Hawaii Theatre, and Don McDiarmid Jr., Chairman of Hawaii Calls Inc., and President Emeritus of Hula Records. The show included live performances by vocalists Nina Keali’iwahamana and Aaron Sala, hula dancer Kanoe Miller, and the Hawaii Calls Quintet including Sally (Sarah) Kamalani, and also archival performances by Alfred Apaka, Lani Custino, Hilo Hattie, Haunani Kahalewai, Ed Kenny, Charles Kaipo Miller, Beverly Noa, Ponce Ponce and Boyce Rodrigues. Webley Edwards was shown introducing some of the archival performances and audio clips of his voice were used to introduce most of the live performances.