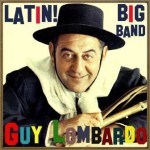 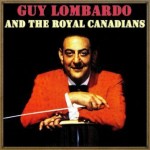 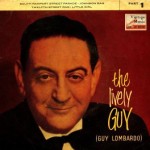 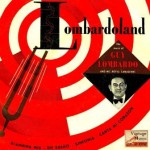 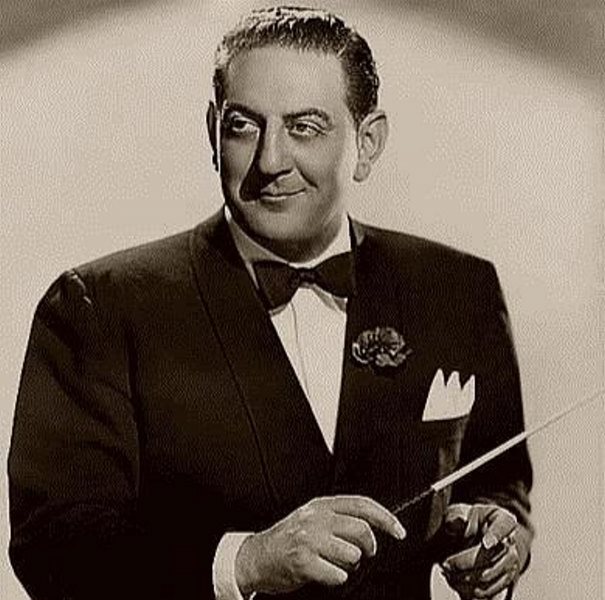 Gaetano Alberto “Guy” Lombardo (June 19, 1902 – November 5, 1977) was a Canadian-American bandleader and violinist.
Forming “The Royal Canadians” in 1924 with his brothers Carmen, Lebert, and Victor and other musicians from his hometown, Lombardo led the group to international success, billing themselves as creating “The Sweetest Music This Side of Heaven.” The Lombardos are believed to have sold between 100 and 300 million phonograph records during their lifetimes.

Guy Lombardo was born in London, Ontario to Italian-Canadian immigrants, Gaetano Sr. and Lena Lombardo. His father, who had immigrated to Canada from Italy and worked as a tailor, was an amateur singer with a baritone voice and had four of his five sons learn to play instruments so they could accompany him. Lombardo and his brothers formed their first orchestra while still in grammar school and rehearsed in the back of their father’s tailor shop. Lombardo first performed in public with his brother Carmen at a church lawn party in London in 1914. His first recording session took place where trumpeter Bix Beiderbecke made his legendary recordings—in Richmond, Indiana, at the Gennett Studios—both during early 1924.

After that solitary Gennett session, they recorded two sessions for Brunswick (a rejected session in Cleveland in late 1926 and an issued session for Vocalion in early 1927). The band then signed to Columbia and recorded prolifically between 1927 and 1931. In early 1932, they signed to Brunswick and continued their success through 1934 when they signed to Decca (1934–1935). They then signed to Victor in later 1935 and stayed until mid 1938 when again they signed to Decca.
In 1938, Guy Lombardo became a naturalized citizen of the United States.
Although Lombardo’s “sweet” big-band music was viewed by some in the jazz and big-band community of the day as “corny”, trumpeter Louis Armstrong famously enjoyed Lombardo’s music.

Guy Lombardo is best known for almost a half-century of New Year’s Eve broadcasts, first on radio, and then on television. Lombardo’s orchestra played at the “Roosevelt Grill” in the Roosevelt Hotel in New York City from 1929 to 1959, and their New Year’s Eve performances (which continued with Lombardo until 1976 at the Waldorf Astoria). Broadcasts of their performances were a major part of New Year’s celebrations across North America.
The band’s first New Year’s Eve radio broadcast was in 1928; within a few years, they would be heard on the CBS Radio Network before 12 Midnight Eastern time, then on the NBC Radio Network after 12 Midnight EST.

While CBS carried most of the Lombardo New Year’s specials, there were a few years in the late 1960s and early 1970s when the special was syndicated live to individual TV stations instead of being broadcast on a network.
By the middle 1970’s, the Lombardo TV show was facing competition, especially for younger viewers, from Dick Clark’s New Year’s Rockin’ Eve, but Lombardo remained popular among viewers, especially older ones.
Even after Lombardo’s death, the band’s New Year’s specials continued for two more years on CBS. The Royal Canadians were noted for playing the traditional song Auld Lang Syne as part of the celebrations. Their recording of the song still plays as the first song of the new year in Times Square.

Guy Lombardo was also an important figure in hydroplane speedboat racing, winning the Gold Cup in 1946 in his record-breaking speedboat, Tempo VI, designed and built by the legendary John L. Hacker. He then went on to win the Ford Memorial competition in 1948 and the President’s Cup and the Silver Cup in 1952. From 1946 to 1949, he was the reigning US national champion. Before his retirement from the sport in the late 1950s, he had won every trophy in the field.

In 1959 Guy Lombardo was attempting a run on the absolute water speed record with the jet engine powered Tempo Alcoa when it was destroyed on a radio controlled test run doing over 250 mph. After the destruction of the Tempo Alcoa, Lombardo retired from hydrofoil racing. A museum which was previously in London, Ontario was dedicated to his musical and hydroplane racing achievements. In 2002 he was inducted into the Canadian Motorsport Hall of Fame for his accomplishments.

Beginning in 1958, Lombardo lent his name to and endorsed The Guy Lombardo Royal Fleet, a line of fiberglass boats manufactured and sold by the United States Boat Corporation of Newark, New Jersey, a division of the US Pools Corporation. The boats were manufactured under license from Skagit Plastics, Inc. of La Conner, Washington. The endeavor was short-lived and ended in 1961 with the closure of Skagit Plastics.

In his later years, Lombardo lived in Freeport, Long Island, New York, where he kept Tempo VI. He also invested in a nearby seafood restaurant (or clam shack) originally called “Liota’s East Point House.” It was soon “Guy Lombardo’s East Point House.” Lombardo later became promoter and musical director of Jones Beach Marine Theater, which is a still-popular concert venue south of Freeport – the venue was built specifically with him in mind by Robert Moses, who regarded himself as one of Lombardo’s fans. Lombardo’s final production at Jones Beach was the 1977 staging of Finian’s Rainbow, with Christopher Hewett in the title role.

On November 5, 1977 Lombardo suffered a fatal heart attack. Victor took over the band briefly but could not maintain it. When Lebert severed his ties in 1979 the group finally dissolved. The orchestra was later revived in 1989 by Al Pierson, playing a mix of nostalgic tunes and modern arrangements.
Guy Lombardo was inducted into the Long Island Music Hall of Fame in 2007.