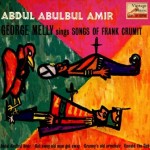 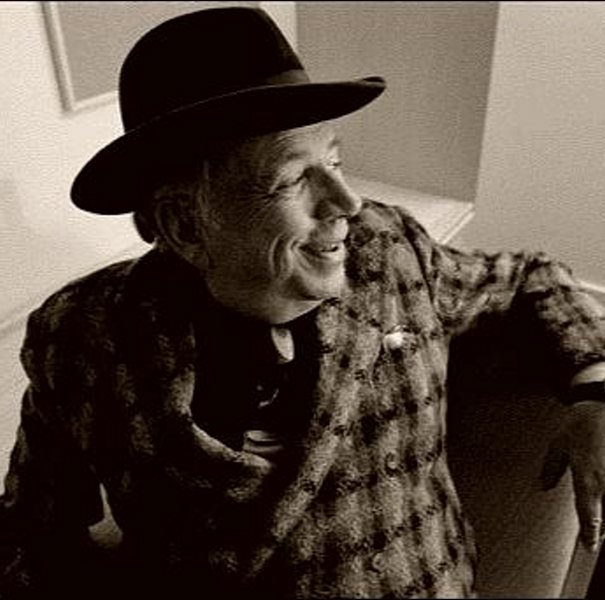 George Melly, Alan George Heywood Melly (17 August 1926 – 5 July 2007) was an English jazz and blues singer, critic, writer and lecturer. From 1965 to 1973 he was a film and television critic for The Observer and lectured on art history, with an emphasis on surrealism.
He was born in Liverpool and was educated at Stowe school, where he discovered his interest in modern art, jazz and blues, and started coming to terms with his sexuality.

George Melly once stated that he may have been drawn to surrealism by a particular experience he had during his teenage years. A frequent visitor to Liverpool’s Sefton Park near his home, he often entered its tropical Palm House and there chatted to wounded soldiers from a nearby military hospital. It was the incongruity of this sight, men smoking among the exotic plants, dressed in their hospital uniforms and usually deficient a limb, that he felt he later recognised in the work of the Surrealists.

He joined the Royal Navy at the end of the Second World War because, as he quipped to the recruiting officer, the uniforms were ‘so much nicer’. As he related in his autobiography, Rum, Bum and Concertina, he was crestfallen to discover that he would not be sent to a ship and was thus denied the “bell-bottom” uniform he desired. Instead he received desk duty and wore the other Navy uniform, described as “the dreaded fore-and-aft”. Later, however, he did see ship duty. He never saw active combat, but was almost court-martialled for distributing anarchist literature.

He retired from jazz in the early 1960s when he became a film critic for The Observer and a writer on the Daily Mail’s satirical newspaper strip Flook, illustrated by Trog. He was also scriptwriter on the 1967 satirical film Smashing Time. This period of his life is described in Owning Up.
He returned to jazz in the early 1970s with John Chilton’s Feetwarmers, a partnership that ended only in 2003. He later sang with Digby Fairweather’s band. He released three albums in the 1970s including Nuts in 1972 and Son of Nuts the next year. He wrote a light column, Mellymobile, in Punch magazine describing their tours.

He was an Honorary Associate of the National Secular Society and a Distinguished Supporter of the British Humanist Association. George Melly was President of the BHA 1972-4, and was also an Honorary Associate of the Rationalist Association. He was also a member of the Max Miller Appreciation Society and on 1 May 2005 joined Roy Hudd, Sir Norman Wisdom and others in unveiling a statue of Miller in Brighton.
His singing style, particularly for the blues, was strongly influenced by his idol, Bessie Smith. While many British musicians of the time treated jazz and blues with almost religious solemnity, Melly rejoiced in their more bawdy side, and this was reflected in his choice of songs and exuberant stage performances. He recorded a track called “Old Codger” with The Stranglers in 1978 specially written for him by the band.

George Melly, who was bisexual, moved from strictly homosexual relationships in his teens and twenties to largely heterosexual relationships from his thirties onwards. He married twice and had a child from each marriage, though his first child Pandora was not known to be his until she was much older. He married his second wife, Diana Moynihan (née Dawson), in 1963. She brought with her two children (Candy and Patrick) from two previous marriages, though Patrick later died from heroin overdose in his twenties. Their own son, Tom, was born two days after the wedding. Diana published an autobiography in 2005 of their life and (open) marriage together, which is included in the bibliography. The two participated in a televised celebrity couples quiz in the 1970s. Asked separately what made them decide to marry, Diana announced “I was pregnant!” and George, in his turn, merely said, “The less said about that, the better.”

George and Diana Melly had a country retreat, The Tower, at Scethrog in the Brecon Beacons, between 1971 and 1999. This was somewhere Melly could escape the jazz world and indulge his love of fishing on the River Usk. However, jazz followed him to Wales and this led to a series of celebrated performances in the area and in the South Wales Valleys.
In 1984 the Brecon Jazz Festival was conceived by a group of jazz enthusiasts who gained widespread support from the local community.

George Melly was the first musician to be contracted for the opening festival and remained a supporter until his death. He was a factor in the festival’s success and served as its President in 1991.
As well as being the President of the Contemporary Arts Society For Wales, Melly was a contemporary art collector. His passion for surrealist art continued throughout his life and he lectured and wrote extensively on the subject.

His passion for fly-fishing never dwindled and in later life he sold several important paintings (by Magritte and Picasso) to enable him to buy a mile of the River Usk. In 2000 he published Hooked!, a book on fly-fishing.

He was still active in music, journalism, and lecturing on surrealism and other aspects of modern art until his death, despite worsening health problems such as vascular dementia, incipient emphysema and lung cancer.His encouragement and support to gallery owner Michael Budd led to a posthumous exhibition for the modern abstract artist François Lanzi.

In addition to age-related health problems, Melly suffered from environmental hearing loss because of long-term exposure to on-stage sound systems, and his hearing in both ears became increasingly poor. Despite these problems, however, Melly would often joke that he found some parts of his ailing health to be enjoyable. He often equated his dementia to a quite amusing LSD trip, and took a lot of pleasure from his deafness, which he said made many boring conversations more interesting.
On Sunday 10 June 2007, Melly made an appearance, announced as his last ever performance, at the 100 Club in London. This was on the occasion of a fund-raising event to benefit the charity supporting his carers.

He died at his London home of lung cancer and emphysema (which he had for the last two years of his life) aged 80 on 5 July 2007. His Humanist funeral was held at the West London Crematorium, in Kensal Green. The hearse was led by a jazz band, including Kenny Ball on trumpet, playing a New Orleans funeral march. His carboard coffin was covered with old snapshots and cartoons of Melly by his friends, as well as hand-drawn decorations.

His sister Andrée Melly is an actress,[9] living in Ibiza with her husband, Oscar Quitak. His widow, Diana Melly, is an author. In the Channel 4 documentary Stoned in Suburbia Melly compared a joint of cannabis to a fine port after dinner, and said “it should be passed round to the right, you swines”.