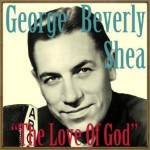 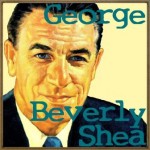 George Beverly Shea, Jesus Will Walk With Me 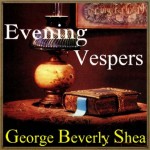 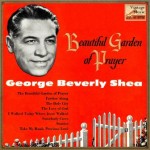 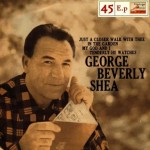 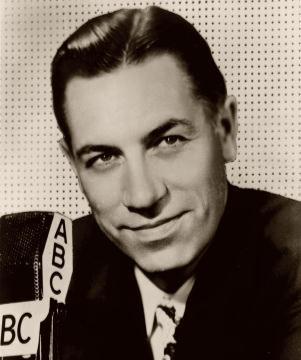 George beverly Shea: Born in Winchester, Ontario, February 1, 1909, where his father was a Wesleyan Methodist minister, Bev Shea’s first public singing was in the choir of his father’s church. Later, he sang with the Houghton (N.Y.) College Glee Club.Since George Beverly Shea first sang for Billy Graham on the Chicago radio hymn program, “Songs in the Night,” in 1943, he has carried the Gospel in song to every continent and every state in the Union. He is the recipient of ten Grammy nominations, one Grammy Award (1965) and is a member of the Gospel Music Association Hall of Fame (1978).

As the musical mainstay in Mr. Graham’s crusades, Bev Shea is often called “America’s Beloved Gospel Singer.” However, he cannot be claimed by any one country — a Canadian by birth, he is a favorite of people in many nations.

Through the years, Bev has been one of the busiest men on the Billy Graham Evangelistic Team. Between crusade, radio, and television dates in many countries, he has sung hundreds of concerts and recorded more than 70 albums of sacred music — including nine CDs.

Every hymn he sings is a testimony to the saving power of Jesus Christ and to Shea’s faith in Him. He is a noteworthy composer, and the songs he has written incorporate the same message. He composed the music at age 23 to one of his best-known solos, “I’d Rather Have Jesus,” to words by Mrs. Rhea H. Miller.

The poem had been left on the family piano by Shea’s mother, and after reading the words he sat at the piano and composed the tune. He also wrote “The Wonder of It All,” “Sing Me A Song of Sharon’s Rose,” and “I Love Thy Presence, Lord.” His most recent CD, entitled “Out In The Country,” was released by Homeland Records.

George beverly Shea has utilized all available media to share the “Good News” of Jesus Christ. From 1952, he was heard regularly on network radio, and in more recent years his bass-baritone voice has been transmitted on weekly shortwave programs around the world.

Bev Shea’s network radio singing started on “Club Time,” a program carried for more than eight years on ABC, the Armed Forces network, and many independent stations. When Billy Graham, then pastor of the Village Church in Western Springs, Illinois, took over the “Songs in the Night” radio program on Chicago’s WCFL in 1943, he recalled hearing Shea’s radio singing and enlisted him to help with the broadcast.

That was the beginning of a long association between Mr. Graham and Bev Shea. In 1947 Shea went to Graham’s hometown, Charlotte, North Carolina, to sing in the first of Mr. Graham’s city-wide crusades.

The fledgling evangelistic team worked together in several other crusades, and in 1949 the famous Los Angeles tent meetings catapulted Mr. Graham and his associates to national attention. From there, the team went on to share the Gospel on every continent.

Because of Bev Shea’s weekly singing on the “Hour of Decision” radio broadcast since 1950 and his numerous personal appearances, his voice is recognized now in Africa, Asia, Australia, Europe, South America, and throughout North America.

Since the beginning of Mr. Graham’s crusade ministry, Shea and Cliff Barrows have been the nucleus of the crusade musical team. Barrows is choir director, platform emcee, and radio-television program director. They were joined in 1950 by pianist Tedd Smith, and through the years, organists Don Hustad and John Innes have provided additional accompaniment.

George beverly Shea is noted for the simplicity of his faith and testimony. To him, compromise is unthinkable. All his life and work is aimed at telling “of the Christ who died for me.” A man of deep sympathies, he will listen endlessly to the troubles of others but dismiss his own with a word and a smile.

For his significant contributions to Gospel music, he was inducted into the Religious Broadcasting Hall of Fame (NRB) in February 1996, and the Gospel Music Hall of Fame by the Gospel Music Association in 1978. He has been nominated for 10 Grammy Awards, winning one in 1965. As a special honor, in 1998 the North Carolina Public Television Station produced Bev Shea’s life story, “The Wonder of it All,” titled after one of his most popular gospel songs.

Bev and his wife, Karlene, make their home in North Carolina.