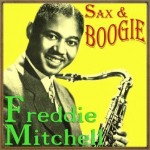 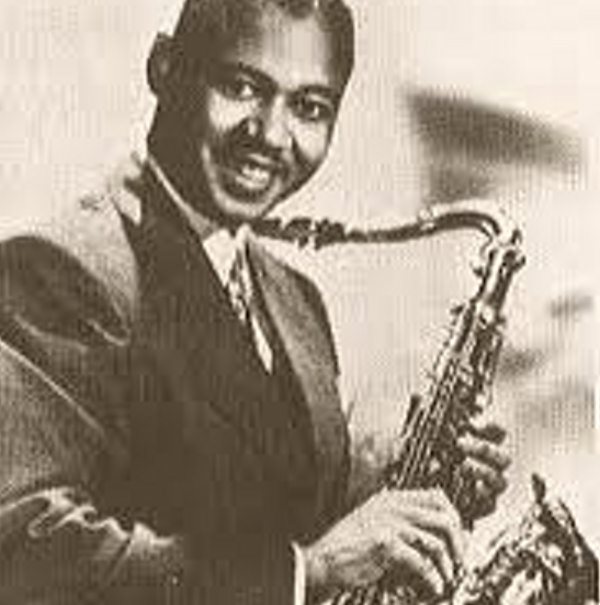 During the early 1940s tenor saxman Freddie Mitchell played in the bands of Benny Carter, Fletcher Henderson, Louis Armstrong and Hot Lips Page. In 1949 he formed his own septet and joined the newly formed New York based Derby Records where he became its biggest selling recording artist as well as musical director and house-band leader. “Slider” (track 4) was the first release on Derby Records where Freddie Mitchell stayed until 1952 when he left to join Mercury Records.

Mitchell’s Derby output consisted of original compositions and revivals of swing standards. Many of his early Derby recordings feature prominent piano by either Joe Black or Art Sims, but Freddie’s full toned tenor sax sound became more dominant in his recordings during the early 1950s. “Doby’s Boogie,” a tribute to black baseball player Larry Doby, was his biggest chart hit but unfortunately it isn’t on this collection. In addition to records released under his own name, Freddie’s band was present on many other Derby recordings, particularly on sides by chantoozies Bette McLaurin and Sarah Dean. The band also featured on a series of instrumentals credited to piano player Joe Black and his Boogie Woogie Boys. Freddie’s stay at Mercury was short lived and his subsequent releases on a variety of labels (Gem, Brunswick / Coral, Rock’n Roll and finally ABC Paramount) were somewhat intermittent.

After Freddie’s departure, Derby changed direction from a label which specialized in take-no-prisoners howlin’ R&B to a would-be pop diskery. The result was that the label filed for bankruptcy in 1954. Mitchell’s Derby masters were sold off and appeared on albums released by RCA subsidiary “X” and the budget Halo and Allegro labels. Freddie’s recordings also reappeared under a pseudonym, but that is something we shall be looking at in the next couple of posts.

In the meantime Freddie Mitchell became a successful session musician on the New York recording scene, especially for the Atlantic label. He hooked up with Alan Freed and joined the sax section of his Big Rock and Roll band where he played alongside fellow R&B honkers such as Sam “The Man” Taylor and Big Al Sears. Mitchell appeared in the 1956 cheapo Freed exploitation movie “Rock Rock Rock” blowing hot tenor sax on his “Moondog Boogie” which was retitled “Rock and Roll Boogie for the film. Freddie gave up on his musical career in the 1960s, took up taxi driving and passed away in 1995.