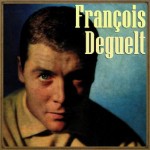 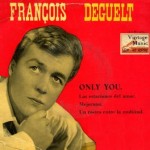 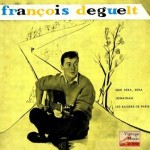 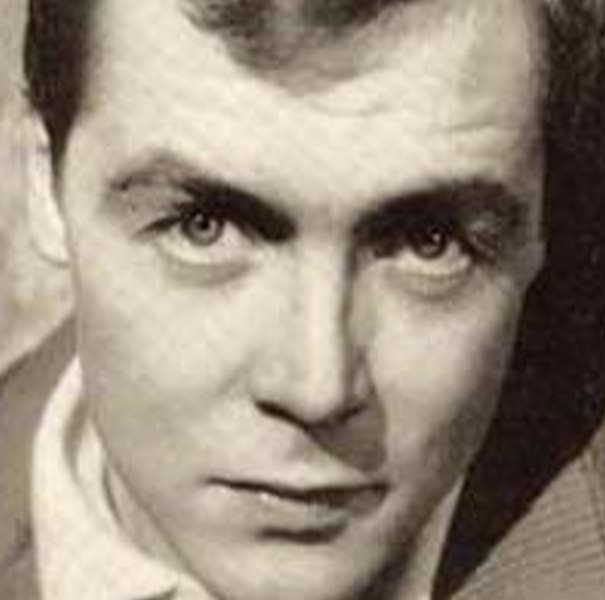 François Deguelt (born Louis Deghelt, 4 December 1932, Tarbes, Hautes-Pyrénées) is a French singer, best known for his participation on behalf of Monaco in the Eurovision Song Contests of 1960 and 1962.

François Deguelt  gave up his studies to become a cabaret singer in Paris in the early 1950s. In 1956, he was the winner of the Grand Prix du Disque of the Académie Charles Cros. Following a period of military service in Algeria, Deguelt returned to France, and was offered the chance in 1960 to sing for Monaco in the fifth Eurovision Song Contest, held in London on 29 March. Deguelt’s song “Ce soir-là” (“That Night”) proved popular with the juries, finishing in third place of the 13 entrants.

François Deguelt  returned to Eurovision, again representing Monaco, in 1962 with the song “Dis rien” (“Say Nothing”). This contest took place on 18 March in Luxembourg City, where he went one better by finishing second of 16 participants. Deguelt is one of four acts in Eurovision history (alongside Cliff Richard, Katja Ebstein and Chiara Siracusa) to have finished second and third without having won.