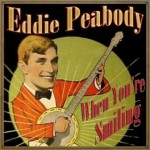 When You're Smiling, Eddie Peabody 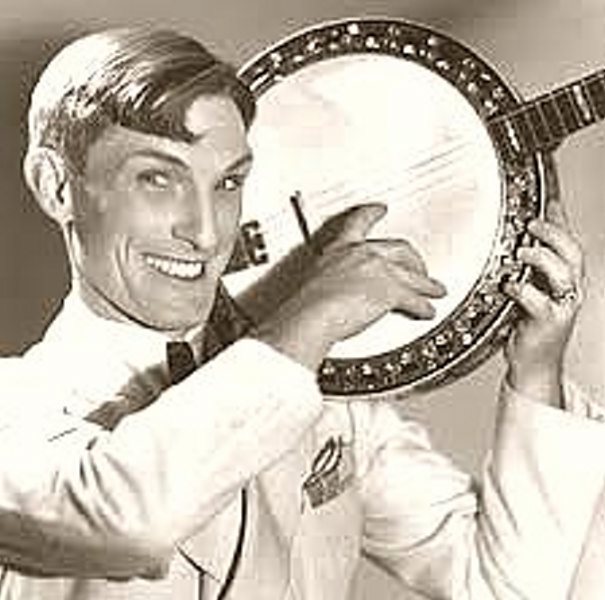 Edwin Ellsworth Peabody, known as Eddie Peabody (February 19, 1902 – November 7, 1970) was an American banjo player, instrument developer, and musical entertainer whose career spanned five decades. He was the most famous plectrum banjoist of his era.

Born in Reading, Massachusetts, Eddie Peabody taught himself to play the violin, mandolin, guitar and banjo while very young. In March 1916 at age 14 he enlisted in the U.S. Navy by lying about his age. Peabody served in World War I on an S-14 submarine and it was during this period he received the nicknames “Happiness Boy” (for his ebullient personality, especially when performing) and “Little Eddie” (a comic reference to his short stature).

After Peabody’s 1921 discharge from the Navy, he began a long career in show business, beginning with Vaudeville. His successful recordings for the Columbia Company made him a household name. Peabody’s energetic playing style, which included fast triplets, glissandos, and cross-picking that simulated the sound of two banjoists playing together, prompted a 1920s reviewer to nickname him “King Of The Banjo”—a sobriquet Peabody retained the rest of his life.

Then in the 1930s Eddie Peabody promoted the plectrum banjo by visiting many of England’s BMG (Banjo, Mandolin and Guitar) clubs which were popular in the years prior to World War II.

When the U.S. entered WW II, Eddie Peabody returned to the Navy as a morale officer with the rank of Lt. Commander. He performed in shows for servicemen and directed the music and band departments of the Great Lakes Training Station near Chicago, Illinois.

After the war Eddie Peabody attempted to restart his concert career. By then, most Vaudeville halls had closed and musical tastes had changed. In 1948, the Art Mooney Orchestra resurrected the 1920s standard I’m Looking Over a Four Leaf Clover and created interest in both nostalgic music and the banjo. Capitalizing on this trend, Peabody recorded several albums for Dot Records and performed at the supper clubs which were popular at the time. His subsequent TV appearances made him a household name once again. He went on to produce records, appear in movies, and inspire generations of banjoists who continue to emulate his spirited style.

In partnership with the Vega Banjo Company of Boston, Eddie Peabody developed a new type of plectrum banjo, called the Vegavox, which featured a resonator that rose the full height of the banjo’s body. (Traditional resonators are about half as high as the body.) This increased the banjo’s interior resonation space, giving it a distinctively mellow tone. The Vegavox also featured a “top-tension” design that allowed the head’s tension to be adjusted without removing the resonator. The Vegavox was produced primarily in four-stringed plectrum (22-fret) and tenor (19-fret) versions; however, some five-string models were made as special orders.

Eddie Peabody also developed a special electric banjo, first with Vega, later with the Fender Company and Rickenbacker, called the Banjoline. It was tuned as a plectrum banjo but with the 3rd and 4th strings doubled in octaves, similar to the tuning of a 12-string guitar. The Banjoline is now a highly prized collector’s item, although it is seldom used in live performance.

Eddie Peabody performed for national leaders around the world. In 1958, Dwight D. Eisenhower awarded him a distinguished People To People Award for meritorious service in both the military and show business. Sometime in broadcast history, there was an announcer who screwed-up his introduction as “Ladies and gentlemen, Mr. Eddie Playbody will now pea for you”!

In the 1920s Eddie Peabody married his business manager Maude Kelly. After making several visits to the Mission Inn in Riverside, California, the Peabodys lived in Riverside from 1928 to 1939 when they divorced. In 1940 he married Ragna Kaupanger, a Norwegian-American nurse and United Airlines flight attendant. They had two children, Eddie Jr. and George Robert Peabody.

Eddie Peabody continued to perform until his death in 1970, at age 68, due to a brain hemorrhage suffered while onstage at the Lookout House Supper Club in Covington, Kentucky. His wife, Ragna Peabody, died in 2002.